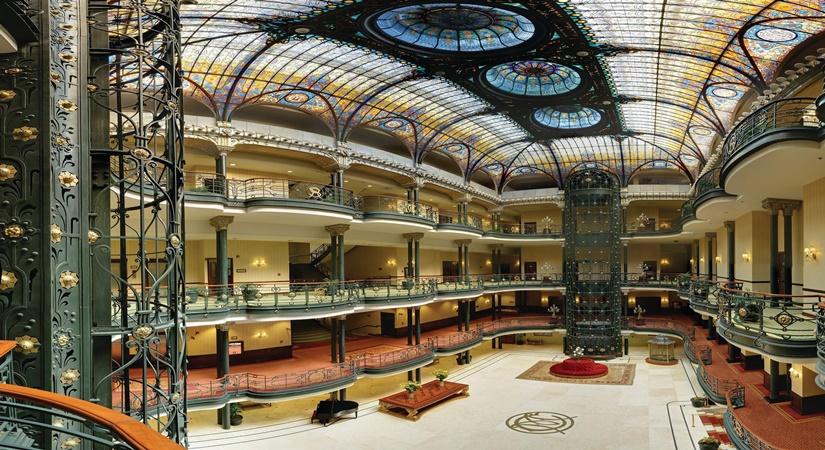 These stays are fit for a secret agent

October 2, 2021 (IANSlife) The world’s most famous secret agent is back. Celebrating its 25th edition, and after being postponed for over a year due to the COVID-19 pandemic, No Time to Die the highly anticipated movie of 2021 will not give you some edge-of-your-seat action but also features some of the world’s most spectacular and remarkable destinations. From the quaint English countryside to the vibrant streets of Istanbul, previous movies of this franchise have been careered through iconic locations all over the globe, making this agent one of the most frequent travellers in the secret agent industry.

According to Booking.com research, 55 per cent of Indian travellers want to travel to a destination because of what they have seen in a movie or TV show. With a mission to make it easier for everyone to experience the world, the platform has delved into its more than 28 million listings across over 152,000 destinations to inspire fans of the movie to experience a slice of the secret agent life themselves with a stay in one of these famous filming locations for whenever it’s safe and responsible to do so again. 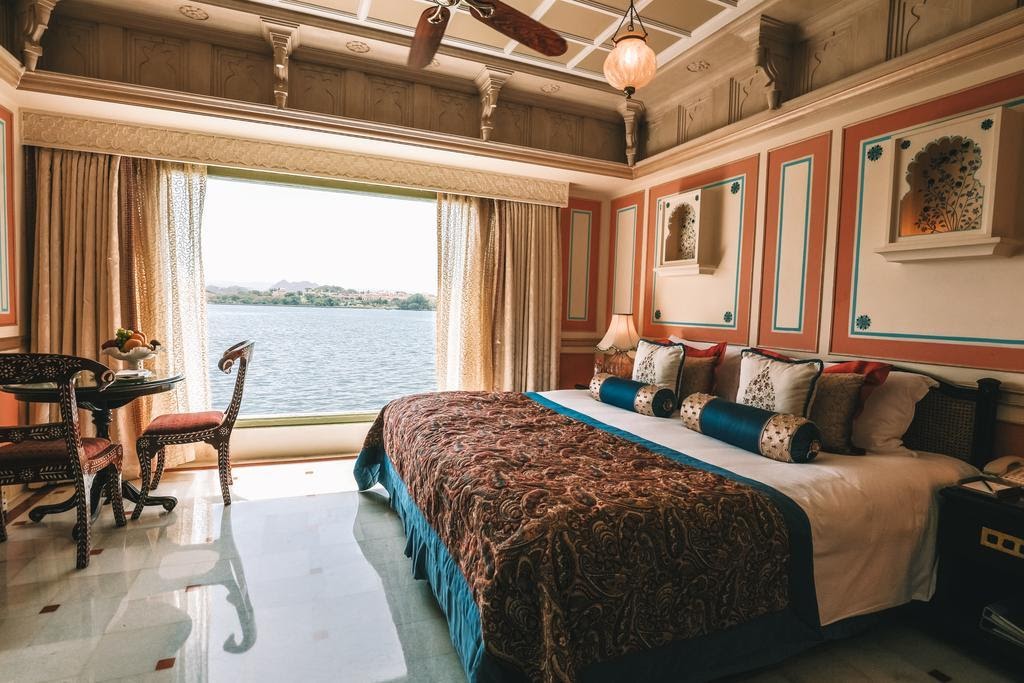 A stay at the Taj Lake Palace, also known as the floating palace, is a once in a lifetime travel experience. Situated in the middle of Lake Pichola, this luxury hotel was one of the filming locations for the secret agent movie in the eighties. The property is built with marble and features majestic architecture. Guests can only reach the hotel by boat, which makes the property even more unique. But no worries, the city centre is still within walking distance, so guests can easily make a day trip to Udaipur, also known as the ‘Venice of the East' as the city is surrounded by the serene waters of Lake Pichola. After a short boat ride, travellers can explore the beautiful architecture, temples and Indian cuisine the city has to offer. 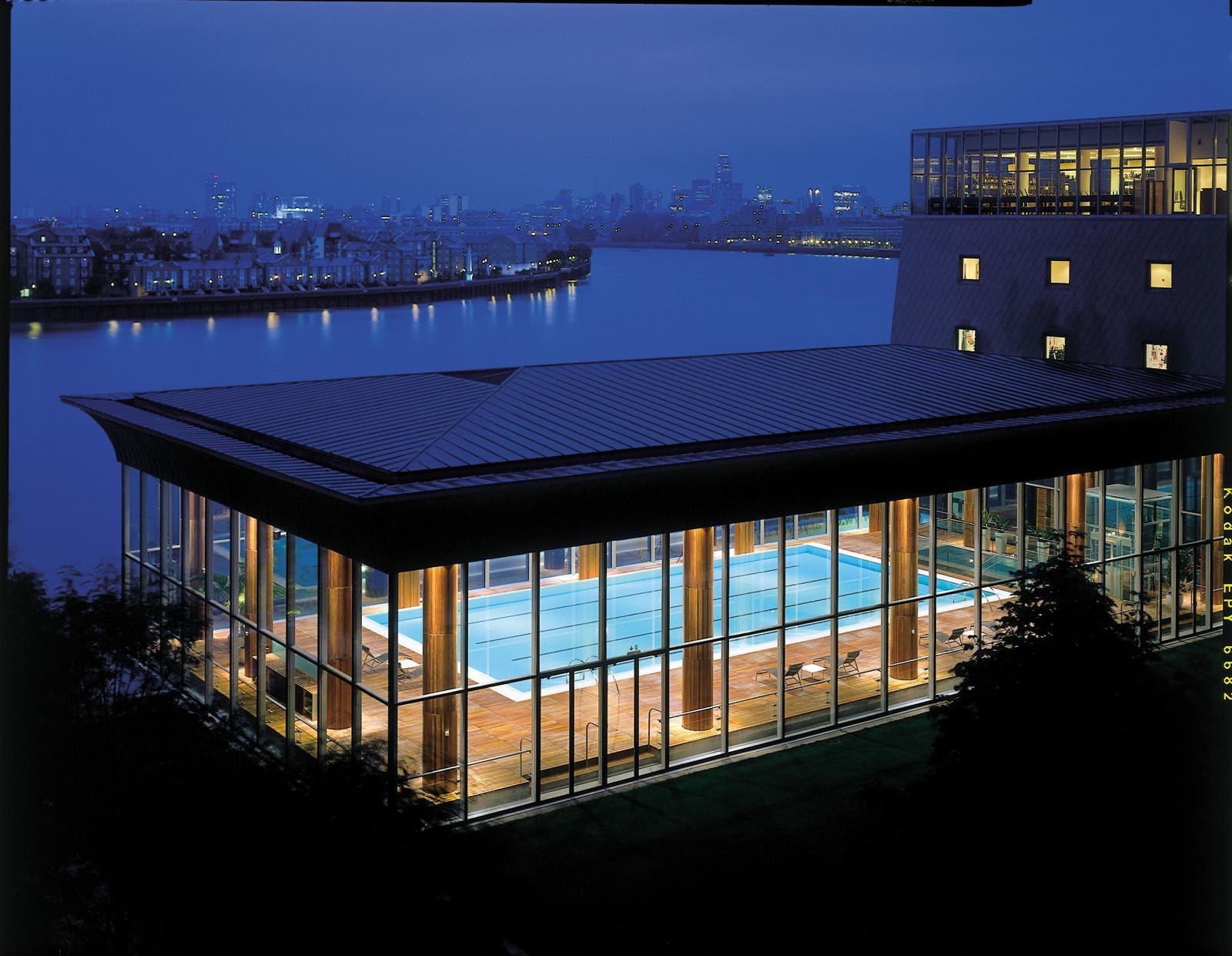 In 2012, the secret agent famously took a swim in the rooftop pool of the Canary Riverside Plaza Hotel. With views over the River Thames and London city, the Canary Riverside Plaza Hotel boasts elegant rooms that will make any agency feel at home during their time in the city. The hotel is a short walk from the Tube station and Canary Wharf Pier, which offers links to the Thames Clipper Boat, giving access to London’s most popular attractions. For the biggest fans of the film franchise, London even offers secret agent guided tours that will introduce fans to many of the other filming locations in the city. 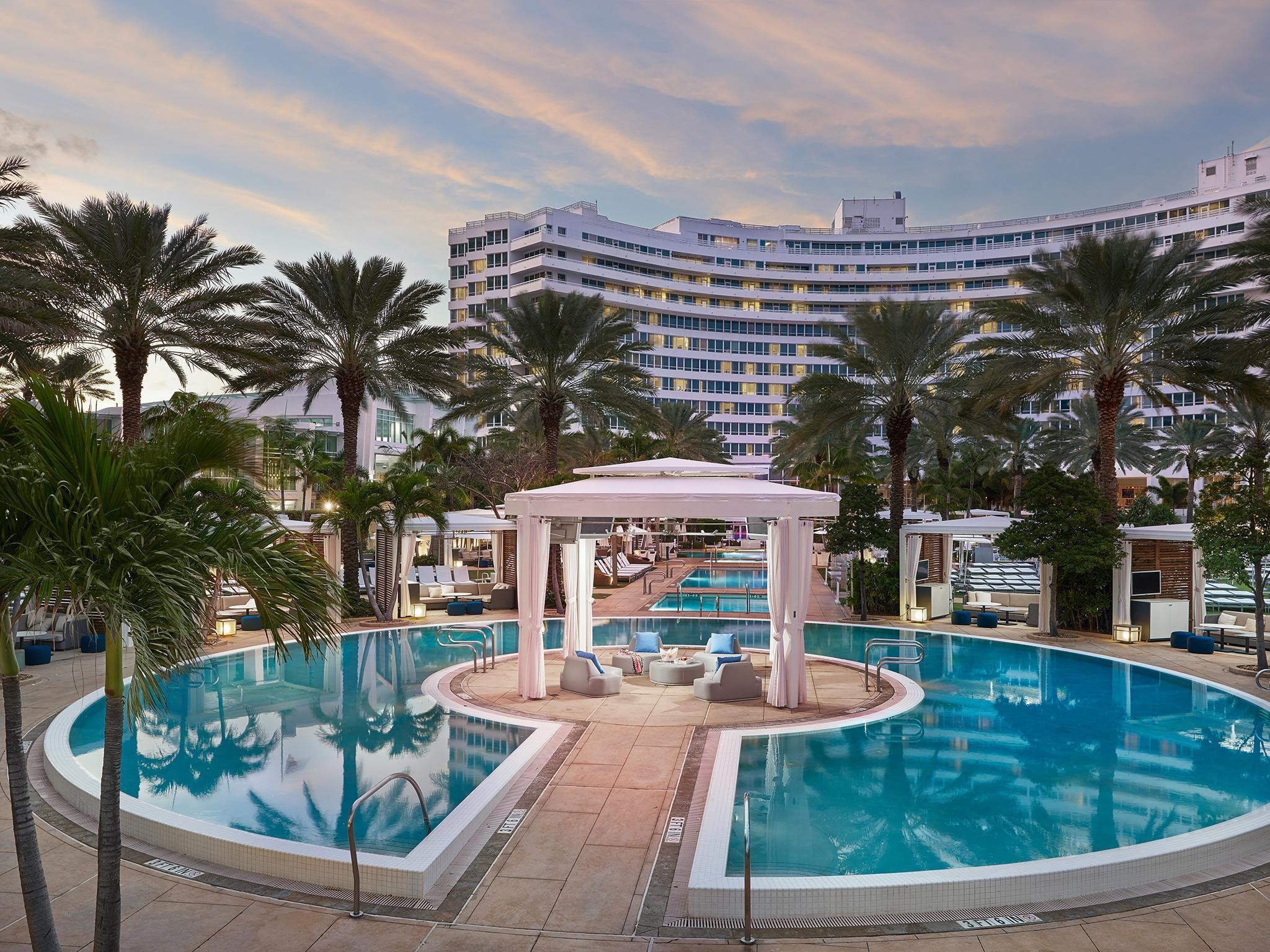 The inner spy in all of us comes to life in Miami as the city was the backdrop for multiple movies in this famous film franchise. For travellers who not only want to experience movie magic for themselves but also want to soak up the sun, a stay at Fontainebleau Miami Beach is a must. Parts of the third edition from the secret agent series were filmed in this enormous beachfront resort, and it’s not hard to understand why - the spectacular resort features scenic ocean views and six outdoor swimming pools. The resort is an ideal stay for travellers who like to relax but at the same time love entertainment, as the resort has its own nightclub, nine restaurants, and a spa. Guests can enjoy their Martini, shaken not stirred, in one of the resort’s lounge bars, while enjoying the stunning Miami beach views. 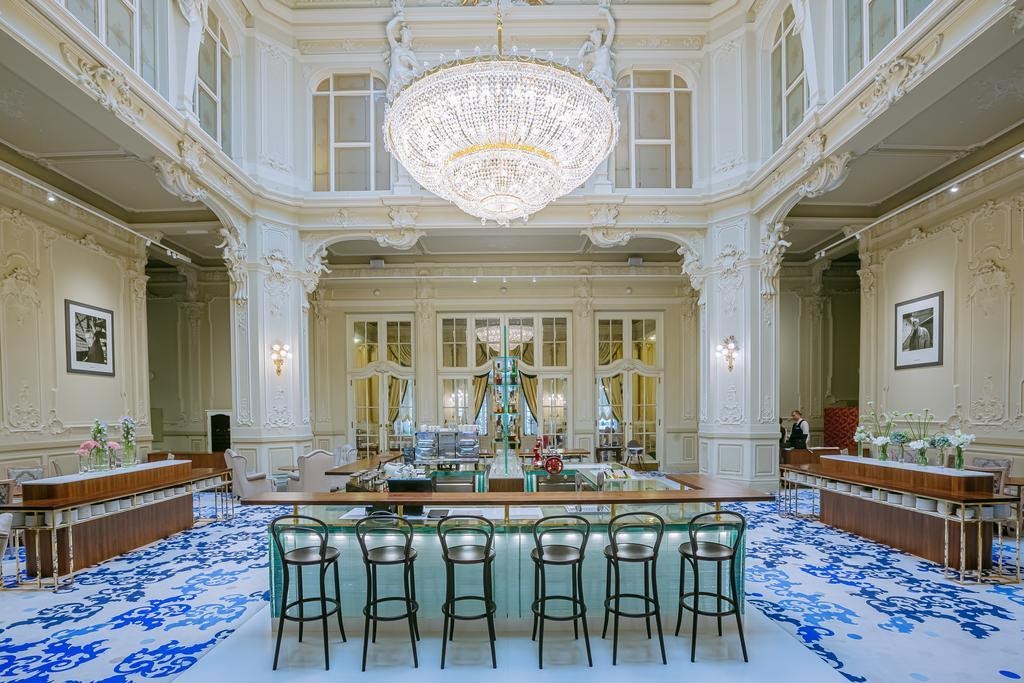 In 2006, the secret agent played Russian Roulette at an impressive casino which in real life is Grandhotel Pupp. Located in the historical centre of Karlovy Vary in the Czech Republic, just a two-hour drive from Prague, this hotel has a tradition dating back to 1701. The hotel offers spacious rooms and suites, a restaurant and an exclusive spa where guests can enjoy multiple wellness options. Karlovy Vary is not only famous for its scene in a spy movie, the Czech city is also famous for its amazing thermal springs, which were discovered in the 14th century. A must-go destination for travellers who enjoy relaxation and wellness during their travels to return back home completely zen. 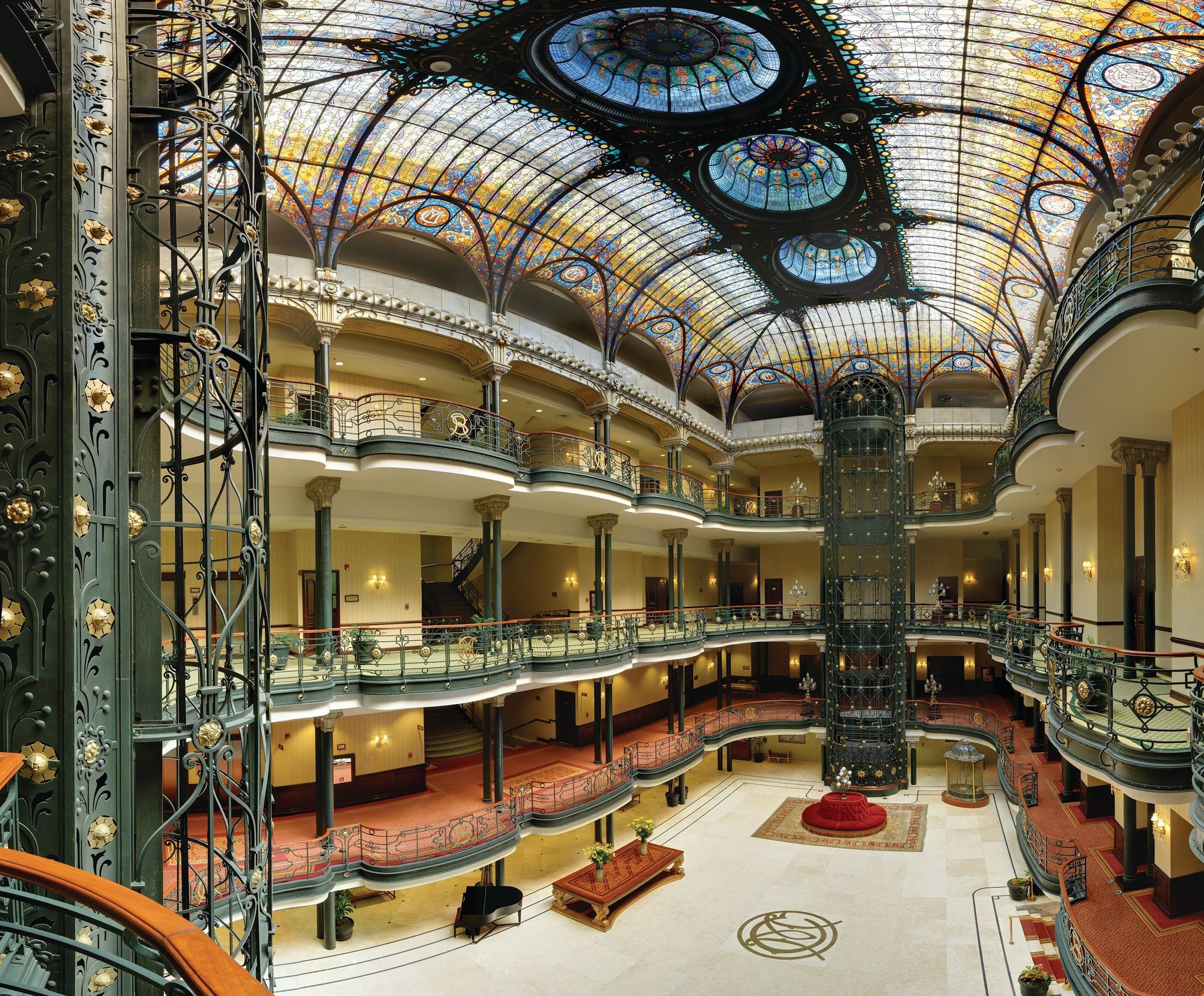 The opening scene of the twenty-fourth edition of the popular secret agent movie started with the Day of the Dead parade in the streets of Mexico city where the unrecognizable agent casually strolls through the street in a skull mask. It was Gran Hotel Ciudad de Mexico where the secret agent walked, changing into a suit and kicking off the action. The hotel features historic architecture and is a great place to stay for those who enjoy exploring the city and local culture during their trip as it’s located within walking distance to main attractions such as the Metropolitan Cathedral and the Presidential Palace, which can also be explored by joining a Full-Day Tour of the City. 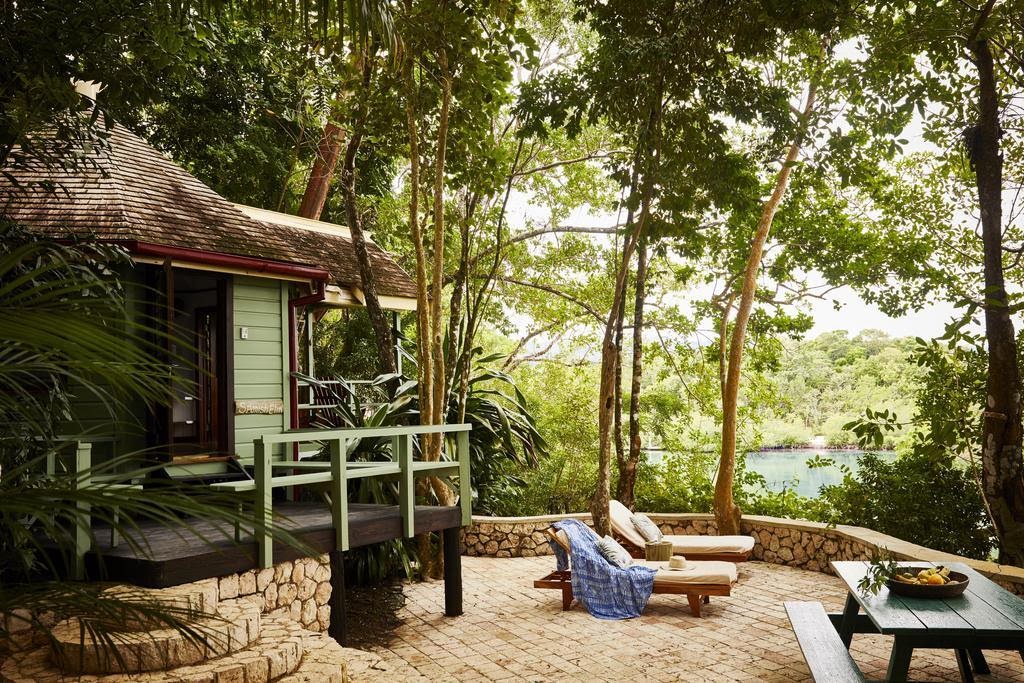 Right under the Jamaican sun is where this now-famous spy franchise all started. The original writer of the secret agent novel series wrote all 14 novels about the world-famous secret agent at the tropical property GoldenEye. This property features private beaches, hidden coves and a saltwater lagoon, a perfect retreat for travellers (or spies in training) who prefer privacy while enjoying a relaxing beach vacation. And for fans of the blockbuster movies, it’s a must-visit destination since multiple movies from the franchise were also filmed in Jamaica.