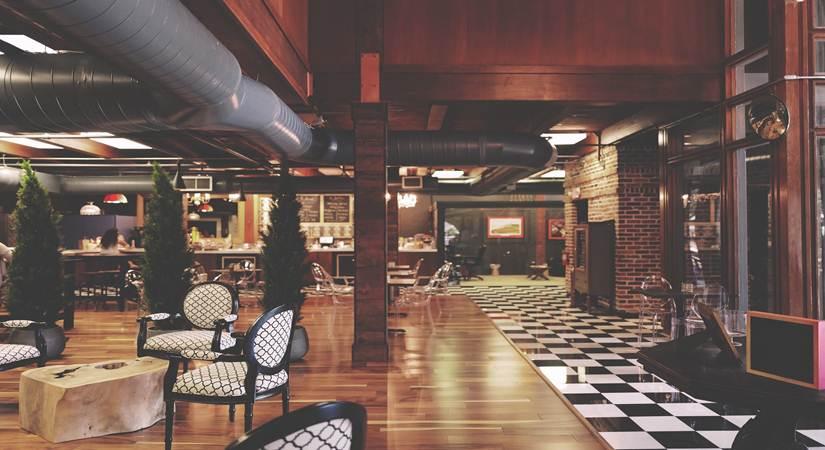 A collection of hotels with intriguing amenities and attractions, amazing architectural upgrades, and fantastic settings

December 29, 2021 (IANSlife) The hotel industry in New York City is the largest and most diverse in the world, with options spanning the five boroughs and neighbourhoods ranging from the Bronx to Staten Island. More rooms are returning to active inventory, and construction activity on more than 70 sites continues as the city plans for more activities, openings, and tourists while maintaining the greatest safety standards.

Every month, long-time favourites resurface to greet business and leisure travellers to their accommodations and amenities. A collection of hotels with intriguing amenities and attractions, amazing architectural upgrades, and fantastic settings is provided below.

Arlo Midtown, located between Times Square, the Garment District, and Hudson Yards, opened in late May with a modern mix of 489 total guest rooms, spacious social spaces, and four award-winning Gerber Group food and beverage businesses. Guests can select from King and Double Rooms with patios that overlook Hudson Yards, or the Penthouse and King Suites, which are a first for Arlo.

At the world's crossroads, the Margaritaville Resort Times Square offers an island paradise. Retail space, a three-story Margaritaville food and beverage concept, a rooftop LandShark Bar, an outdoor heated pool, and a fitness centre are all part of this new 29-story hotel with 234 guestrooms.

On the outskirts of Downtown Brooklyn, the Ace Hotel Brooklyn is located in Boerum Hill. The 287-room hotel, designed by Roman and Williams, includes a public lobby, a lush indoor garden room, various event spaces, a large-scale installation by artist Stan Bitters, and guest rooms with panoramic views of Manhattan, Staten Island, and the Statue of Liberty.

The hotel's first location in New York City has 164 rooms, including 30 suites, as well as a trademark restaurant, lounge, and colourful open-air terrace bar, as well as meeting and event space. Between Penn Station/Farley Post Office and Hudson Yards' new 7-train station is the Manhattan West development, an 8-acre campus. The building's fluted glass façade gives a unique flavour to this ever-changing neighbourhood.

Developer Flaneur Hospitality refurbished and restored a 115-year-old former bank designed by McKim Mead & White for use as a luxury lifestyle hotel in the city's NoMad district. The Fifth Avenue Hotel, only steps from Madison Square Park, offers high ceilings, a large ballroom, a multi-level restaurant, and a converted bank vault that serves as a wine cellar.

The Henn na Hotel New York is the flagship property of the Henn na Hotel brand in Japan. Starting with a life-size animatronic T. rex in the nature-inspired lobby, the hotel gives guests with an unforgettable experience by combining unusual and exquisite services. LG Styler steam closets and TVs with streaming capability are important technological features, while luxurious Kassatex linen and C.O. Bigelow bath items provide outstanding comfort. Gosuke, an authentic Japanese-style restaurant serving breakfast, lunch, and supper, is located within the hotel.

With this hotel on five floors of the historic Crown Building, in the centre of Manhattan on Fifth Avenue, Aman Hotels, famed for their exquisite resorts in isolated regions, will add a third property in the United States. The Aman New York hotel will have 83 rooms and suites, 22 private apartments, three restaurants, and a three-story spa with an indoor pool, sauna and steam rooms, hot and cold plunge pools, and an outdoor terrace with cabana, daybed, and fireplace when it opens in Q4.

The Ritz-Carlton Hotel—250 rooms and 16 residences

In the NoMad neighbourhood, Paul Kanavos is building a premium hotel designed by Rafael Violy. When it opens on 28th Street and Broadway later this year, the Ritz-Carlton New York NoMad will be the city's second Ritz-Carlton, and it will house an outpost of Chef José Andrés' Mediterranean restaurant Zaytinya.

The first Virgin Hotel in New York City will open in the NoMad neighbourhood in early 2020. As one of the newest design and lifestyle hotel centres in the city. Virgin Hotels brings a four-star, hip resort to the bustling neighbourhood. The Lam Group is planning a 38-story glass tower featuring stores, restaurants, a function space, and a rooftop pool and bar for the project.