Spot these rare and exotic animals only in India 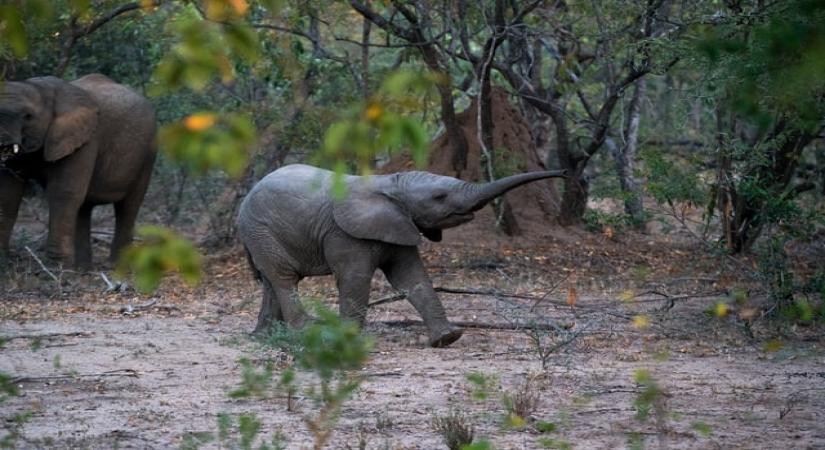 March 3, 2021 (IANSlife) With over millions of species breathing on earth, the world celebrates Wildlife Day today,  3rd of March, to raise awareness of global flora and fauna. There are many rare and extoic animals that can be found only in India.

Wildlife plays an important role for the earth, as it scientifically balances the environment and ensures harmonious co-existence amongst beings. Indian wildlife sanctuaries are home to rare, beautiful and elusive species of animals that can be found only in our country. From lion-tailed macaque in the Western Ghats of India to Sangai, subspecies of brow-antlered deer that holds cultural significance in Manipur, here are some wildlife sanctuaries worth visiting, curated by Booking.com curates to bring you a little closer to the beautiful species.

As an Old World monkey native to the Western Ghats of South India, they rank among the rarest of the 250-species (approx.) of primates around the world. The Shendurney Wildlife Sanctuary, a protected area in the Kollam district of Kerala houses and protects the highly endangered species. Spread over 172.403 sq.km, India’s first eco-tourism project, Thenmala Eco-tourism Project has been formulated in and around Shenduruny Wildlife Sanctuary. During your visit to the sanctuary, you can stay inside the forests in specially built camping houses and experience the majesty of the jungle by trekking, going on jeep safaris or bird watching, while getting a chance to spot the rare lion-tailed macaque.

The Nilgiri marten, a small carnivorous mammal, is the only marten species native to India. They are found in moist and wet evergreen forests of the Western Ghats, living at altitudes of 150 – 2200 m. The animal that usually appears of dark brown colour with a yellow-coloured patch at its forefeet. Their name has been derived from the Nilgiri Hills, however sightings have been reported as far north as Charmadi Ghat and as far south as the Neyyar. You can spot the Nilgiri marten at Anamalai Tiger Reserve, a pristine 958.59 sq.km reserve of tropical jungle, shola forest and grassland rising to 2400m and spilling over the Western Ghats into Kerala between Kodaikanal and Coimbatore

The Kashmir Stag, also known as Hangul, is a subspecies of elk and is native to Kashmir. Only found in the dense riverine forests of Dachigam National Park located at 22 kms from Srinagar, the Kashmir Stag is listed as one of the critically endangered and rare species.  With their magnificent antlers, the stag is the state animal of Jammu and Kashmir. In the 1900s, there were about 3,000-5,000 of these species found in Jammu and Kashmir and Himachal Pradesh, but today, about 150 remain in the state. You can locate these majestic animals in the wild at the Dachigam National Park, where you can also spot leopard, hill fox and Himalayan serow, amongst others.

The endangered subspecies of brow-antlered deer, called sangai, is only found in Manipur. They reside in about 15-20 kms area across the Keibul Lamjao National Park in Manipur, the only floating park in the world. As the state animal of Manipur, its significance is seen in the cultural folklore where sangai is the binding factor between humans and nature and killing it was a sin. Today where a lot of conservation efforts are made to save and protect the species, one should not miss a chance to visit the park situated at the Loktak Lake and be in the company of these rare animals.

As a critically endangered species, pygmy hog is now only found in Assam. These are the smallest wild pigs and piglets, and they are one of the very few mammals that build its own home and complete it with a roof. The species is the sole representative of Porcula, suid native to alluvial grasslands in the foothills of the Himalayas, and their extinction may result in the extinction of the species. Of the 150 pygmy hogs left, Manas National Park in Assam hosts some of the rare species. The park is known for its endemic wildlife such as the Assam roofed turtle, hispid hare and wild water buffalo.