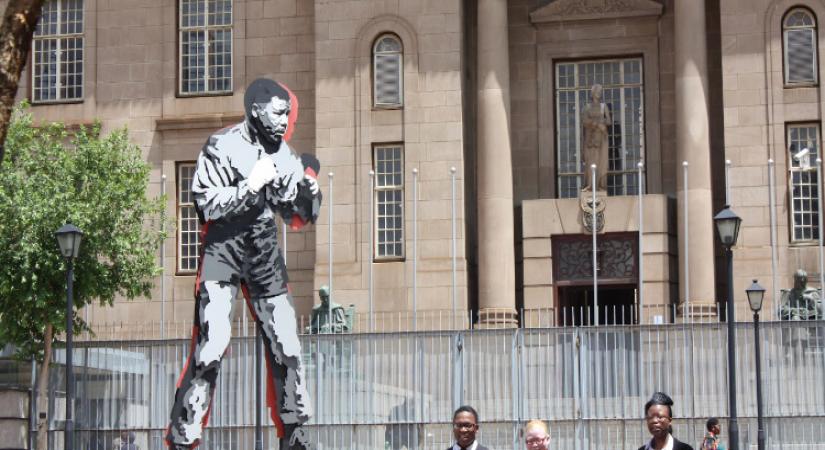 April 27, 2021 (IANSlife) The Rainbow Nation of South Africa celebrates 27 years since the first democratic elections were held, on the 27th April. Similar to India, it was possible thanks to the toil and sacrifices of its founding fathers and citizens. India and South Africa know what it is like to fight for the greater good.

An inseparable part of the historic fabric of South Africa remains its iconic leader – Nelson Mandela, or as he is affectionately known – Madiba. Mandela, born into a South African royal family, went on to become an influential political leader and then also the President, and was at the forefront of South African freedom struggle. From serving 27 years in prison to working as a philanthropist, his life was legendary to say the least. The ‘Gandhi of the African continent’ has received, and rightfully so, more than 250 honors including The Nobel Peace Prize and the Bharat Ratna.

From the rolling hills and scattered villages of Qunu in the Eastern Cape, to reverent reflections in the prison cells of Robben Island, to the sacred sidewalk on Vilakazi Street in Soweto – South Africa offers a chance to follow in the footsteps to freedom of the nation’s most iconic hero – Nelson Rolihlahla Mandela. 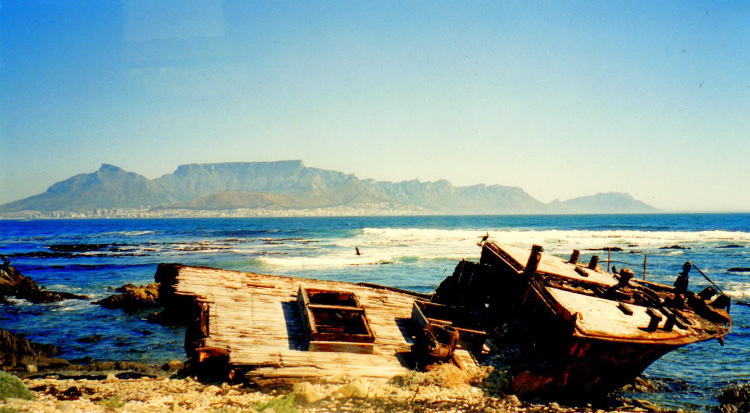 Nelson Mandela spent 18 immensely challenging years in prison on this little island situated off the coast of Cape Town. Yet he emerged from it filled with forgiveness instead of hatred. Robben Island is now a World Heritage site and museum. Although from the 17th to the 20th century the island was a place of imprisonment – today it is a beacon of hope and a place where visitors can gain some insight into the life and times of Mandela and his fellow freedom fighters.

Google offers a narrated tour – complete with a visit to Mandela’s 6.5 x 6.5 foot cell – led by Vusumsi Mcongo, an anti-Apartheid activist who was imprisoned on Robben Island from 1978-1990. 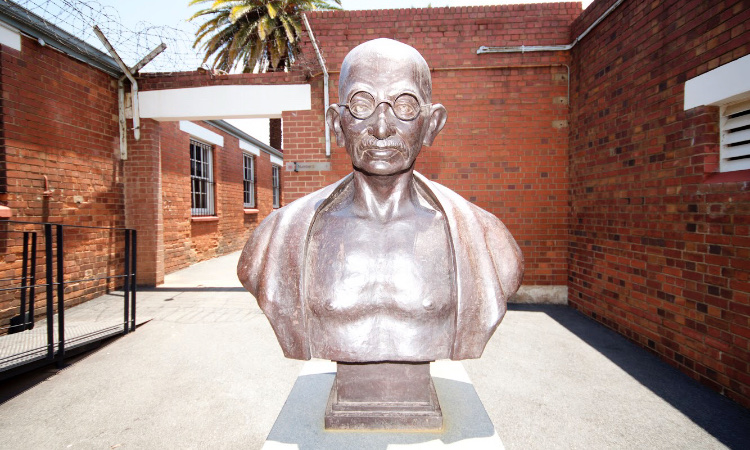 Through the years, the Constitution Hill functioned mainly as a prison. It was here that many passive resistors and freedom fighters including the Father of our Nation – Mahatma Gandhi, and Nelson Mandela were held; the site has two permanent exhibitions that revolve around the lives of both these revolutionaries. A walk through section Number Four of the prison, reading up on the horrific conditions of the time and the difference on how prisoners of different races were treated, quickly hammers home the need for radical reform and equality for which Mandela was fighting – and ultimately achieved. The Constitution Hill in Johannesburg is now a fascinating museum and the home to South Africa’s constitutional court.

The website offers a virtual representation of what visitors can experience at the site. 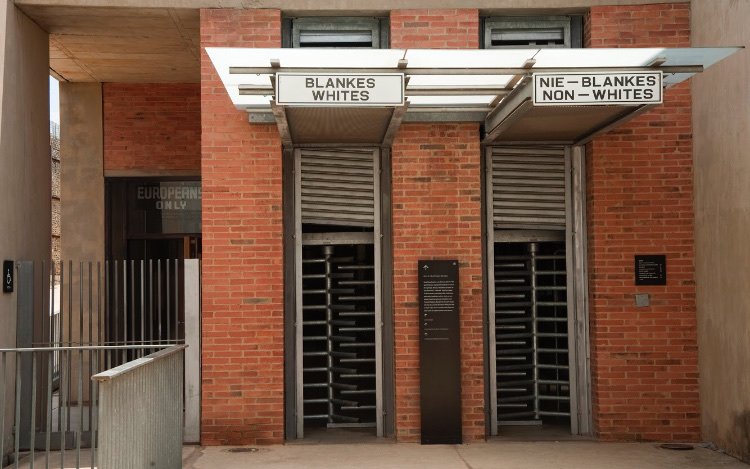 Apartheid - a system of institutionalized racial segregation and discrimination, had infiltrated every nerve of the country. These dogmas (or the resistance towards them) helped shape Mandela’s entire life and nowhere can you get a better grip on what transpired during the proceeding struggle than at the Apartheid Museum, situated south of Johannesburg. The Apartheid Museum opened in 2001 and is acknowledged throughout the world for its illustrious display of the rise and fall of Apartheid. Allow yourself at least a couple of hours to soak it all in, and get over an emotional yet interactive and informative visit.
Google Street View offers several guided tours to the Apartheid Museum. 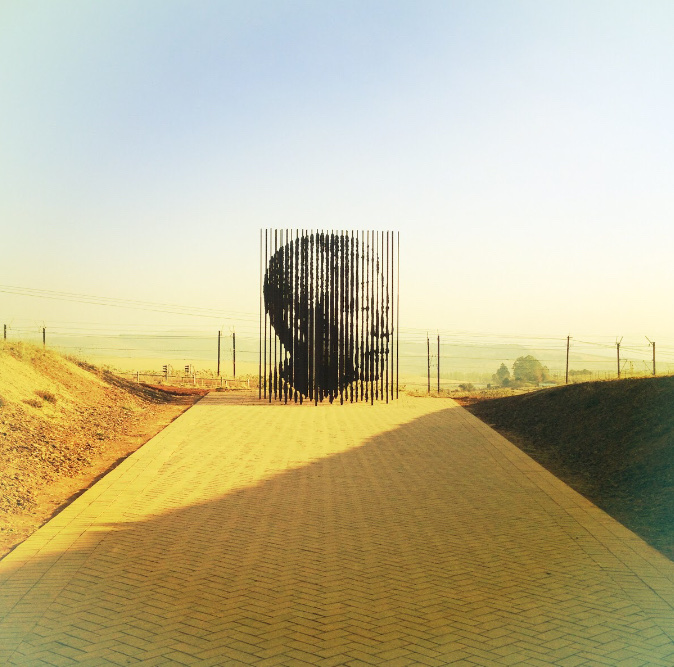 This site has enormous significance in the history of the freedom struggle because it was here that, after 17 months if evading the apartheid authorities, Nelson Mandela was arrested. On 5th August, 1962, the policed flagged down a car driven by Nelson Mandela in a chauffer’s uniform while he was returning from a secret meeting with the African National Congress president – this incident would go on to shape the future of an entire country. To mark the historic spot is a sculpture comprising of 50 steel rods, that align to create a magnificent portrait of Mandela. 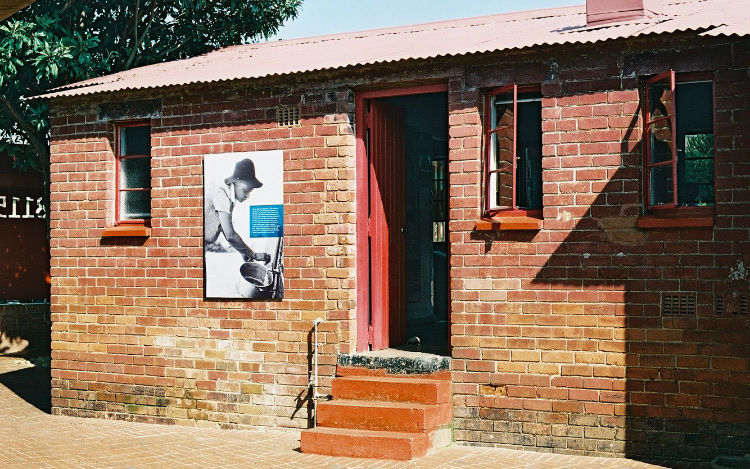 Situated in Vilakazi Street, the humble home Mandela moved into in 1946, the Mandela House gives visitors great insight into the Mandela family. “It was the opposite of grand,” he wrote in his autobiography, 'Long Walk to Freedom', “but it was my first true home of my own and I was mightily proud.” The house is filled with memorabilia about the family, complete with photographs and visuals and is a fitting tribute to the incredible struggle for freedom. Vilakazi Street is usually flooded with visitors wanting a glimpse into the home of the great Madiba – hence getting an early start to this place might be a good idea.

The building, which is now a museum dedicated to his life, can be explored via Google Street View.

Route 67
Port Elizabeth includes Nelson Mandela Bay where one can find Route 67 –a collection of 67 art pieces by 67 local artists celebrating the 67 years Nelson Mandela devoted to public life, and his contribution to the freedom struggle in South Africa. It begins at the Campanile in Strand Street and winds its way through the CBD – the heart of the city, through Vuyisile Mini Square, past the City Library, up the steps of St Mary's Terrace and up to the Great Flag in the Donkin Reserve.

Nelson Mandela once said, “For to be free is not merely to cast off one's chains, but to live in a way that respects and enhances the freedom of others.” The Rainbow Nation beckons you to witness its journey of freedom!