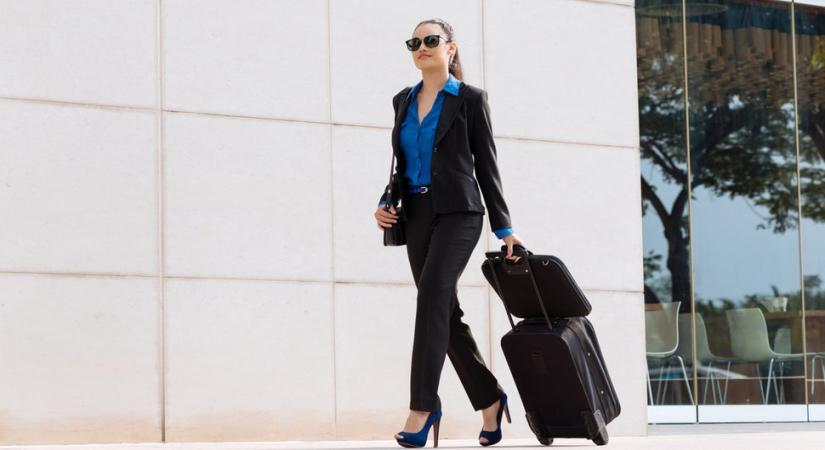 When a trip does need to take place, companies should have a way to ensure that employees only use approved and safe airlines and hotels

September 2, 2020 (IANSlife) Travel will continue to play an irreplaceable role in meeting critical business needs, however, travellers’ health and safety, and a new era of trip preparation and policies, will be front and centre as travel resumes, reveals a new survey.

According SAP Concur Business Traveller Survey 2020, 88 percent of Indian business travellers feel concerned about resuming travel while 100 percent travellers will consider some measures from their company critical for safely returning to the road.

Here is an insight on the trends that are shaping a new normal for business travel by determining what measures are being considered as necessary by business travellers, both from themselves as well as from their employers.

Given such stress levels, it stands to reason that 88 percent of Indian business travellers feel concerned about resuming travel. They are especially worried getting sick themselves (57 percent) or infecting their family (46 percent). Additionally, the trip itself is likely to be anxiety-inducing: among those with concerns, 59 percent are concerned about staying in a hotel, 48 percent about being on a plane, and 32 percent about using public transportation.

Organisations in India must prepare to meet emerging traveller expectations

When business travel resumes, all (100 percent) of Indian business travellers will consider some measures from their company critical for safely returning to the road. These include mandatory personal health screenings for travelling employees (48 percent), real-time updates and alerts on potential travel risks (40 percent), and easier access to personal protective equipment (37 percent).

Employees will increasingly require guidance from organisations on how to stay safe when they travel. Almost all (99 percent) of Indian business travellers say company trainings would be beneficial, especially trainings on how to protect their health and safety while travelling (67 percent, compared to 54 percent globally) and how to maintain healthy habits while travelling (44 percent).

Organisations that are not proactively protecting employee well-being on business trips could risk consequences – 44 percent of Indian business travellers say they would ask to limit travel if their company does not implement the measures they want, 19 percent would look for a position that does not require travel, and 9 percent would consider a position at a different company.

This excitement to return to the road is likely because most Indian business travellers (64 percent, compared to 44 percent globally) anticipate limited representation of their company at industry events while 61 percent expect a reduced number of deals or contracts signed without face-to-face meetings. More than half (53 percent) of Indian business travellers expect declines in new business due to a lack of in-person meetings.

When a trip does need to take place, companies should have a way to ensure that employees only use approved and safe airlines and hotels; that they can receive information on changing ground situations that impact their health and safety; and that the company can reach out to them and render assistance 24/7.

The survey was conducted by Wakefield Research, among 4,850 business travellers defined as those who travel for business three or more times annually from across the globe.