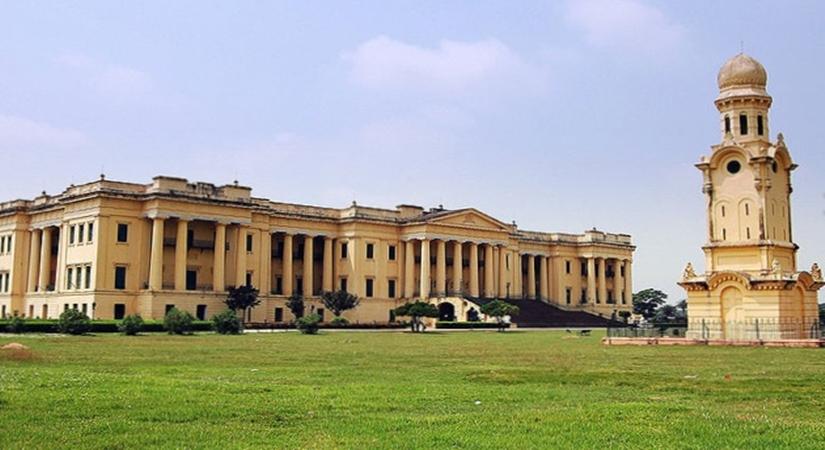 December 9, 2019 (IANSlife) Murshidabad located on the eastern bank of a distributary of the Ganges River, is full of historical value. The town still brings back memories of Nawabs with its mosques, tombs, and gardens. Once the capital of Bengal, Bihar and Orissa, it was the last capital city of independent Bengal. Situated on the banks of the Bhagirathi, it was known as a city of splendour and famous for its silk.

It was in 1704, that Murshid Quli Khan , the Dewan of Bengal under Mughal Emperor Aurangzeb transferred the capital from Dacca (now in Bangladesh) and renamed ‘Muksudabad’ as Murshidabad - after his own name. Murshidabad became the official capital after the Dewan attained the title of ‘Nawab’ (ruler) of the ‘Sube Bangla’ (province) in 1716.

Murshidabad  became of considerable significance in India’s history, with the advent of the British.  In 1757, the British defeated Siraj-ud-Daula in the ‘Battle of Plassey’, after which the entire nation was brought under Colonial Rule. The Jain family of Jagat Seth, managed to maintain their position as state bankers at Murshidabad from generation to generation.

Even after the conquest of Bengal by the British, the seat of administration remained in Murshidabad for quite a while thereafter. Interestingly the supreme civil and criminal courts were moved to Calcutta in 1772, but the latter courts were brought back to Murshidabad again in 1775. It was only in 1790, under Lord Cornwallis that the entire revenue and judicial staff was moved to Calcutta. The town also continued to be the residence of the Nawab -  ranked as the first nobleman of the province and known as Nawab Bahadur of Murshidabad instead of as Nawab Nazim of Bengal.

Among the most important places for tourists to visit and of major historic interest, are the ‘Hazaarduari Palace’ – or the ‘Palace of a Thousand Doors’, the ‘Imambara’, the ‘Moti Jheel’ (Pearl Lake), the ‘Kathgola Palace’ with the Jain Temple and the’ Jafarganj’ and ‘Khushbagh Cemetery’. 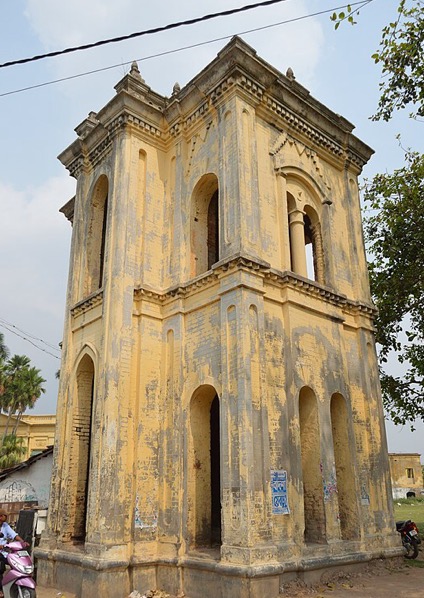 Dating back to 1837, the magnificent Hazaarduari Palace is a palace of 1000 doors, both real and fake. The Palace was constructed by Duncan Macleod with architecture that is typicaIly European in style. It was commissioned by Nawab Nazim Humayun Jah and on the site of the old fort known as ‘Nizamat Quila’. Now converted into a museum, the Hazaarduari Palace is regarded as the biggest site museum under the Archaeological Survey of India. It has twenty displayed galleries containing 4742 antiquities, out of which only 1034 are on display for the public. These include a large number of weapons, oil paintings by Dutch, French and Italian artists, marble statues, metal objects, porcelain and stucco statues. The collection also includes a large number of very interesting documents that any historian would  die for. These include ‘Farmans’ (royal orders), rare books, old maps, manuscripts, land revenue records and a number of palanquins,  mostly belonging to the 18th and 19th centuries.

Located midway between the Hazaarduari Palace and the Imambara is a Splendid Clock Tower, built by Duncan Macleod’s assistant Sagar Mistri. It has a big heavy sounding bell, which can be heard for miles. Also lying between Hazarduari and the Imambara is the ‘Bachchawali Tope’, a cannon with a middle girth of 7′9″ and a barrel 11′6″ long. Made between the 12th and 14th centuries, it weighs 7657 kg. The brass inlay designs on the cannon are worth seeing.  The 680 feet long Bara Imambara (Nizamat Imambara),  is a congregation hall for commemoration ceremonies. It was built in 1847 by Nawab Nazim Mansoor Ali Khan Feradun Jah, at the very site of Siraj-ud-daulah’s old wooden Imambara that was damaged by fire.

The ‘Jafarganj Cemetery’ is half a mile from the Hazarduari Palace located at Jafarganj,  the ruined palace of Mir Jafar. The Cemetery built by him over an area of 3.51 acres, contains the tombs of Mir Jafar’s family. ’Khusbagh’ or the ‘Garden of Happiness’, is the Cemetery of Alivardi Khan, his grandson Siraj-ud-daulah and other members of the family.

The ‘Katra Masjid’ built by Nawab Murshid Quli Khan in 1723 AD, is unfortunately damaged, but continues to be well maintained. The main mosque had five domes, two of which collapsed in the earthquake of 1897. The Masjid was earlier so large,  that 2000 people could offer prayers in the mosque at the same time.

The ‘Moti Jheel’ is a horseshoe shaped lake, excavated by Nawazesh Mohammad, the husband of the ambitious Ghasseti Begum. In the palace adjoining it (now in ruins) Lord Clive celebrated the acquisition of the Dewani of Sube Bangla (Bengal, Bihar & Orissa) in 1765. Moti Jheel was the home of Warren Hastings when he became the Political President at the Durbar of the Nawab Nazim (1771 - 73 AD). 6

Murshidabad today continues to be a centre for agriculture, handicrafts, sericulture, retaining some of the ancient crafts that were supported by their royal patrons. These include such crafts as carving in ivory, gold and silver, embroidery and silk weaving.
Needless to say, there have been plenty of changes in the city over the years.  Modernisation has hit it like all the other towns and cities in India - more houses, more traffic, less greenery, but what is important is that most of the heritage buildings are well looked after. Tourists also appear happy with the locations and the services offered.

This then is the perfect time of the year to visit Murshidabad, a city of great interest to heritage fans. With its strong memories of times gone by, its palaces, mosques, tombs, gardens and legends have much to offer visitors, remaining a place full of history that deserves to be visited by one and all.