Make your first trip after lockdown a Gastronomic affair 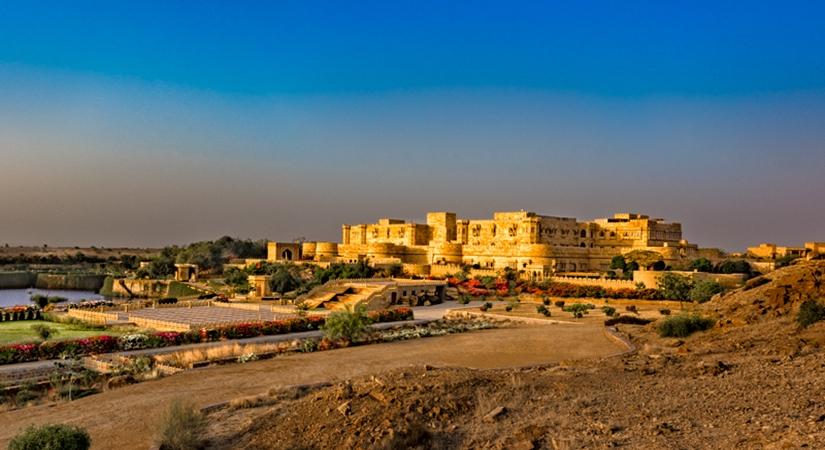 June 10, 2020 (IANSlife) With inter-state borders open and quarantine regulations relaxed, a road trip could be on cards. As exploring a destination might not be worth the risk, it's best to check in and enjoy the luxuries a property has to offer.

If food is your priority focus your trip around sustainability and environment with Sustainable Gastronomy Day (18th June) right around the corner. These boutique properties from the RARE India collection have adopted sustainability practices in food, preserving the food culture of the region and reviving lost food varieties. 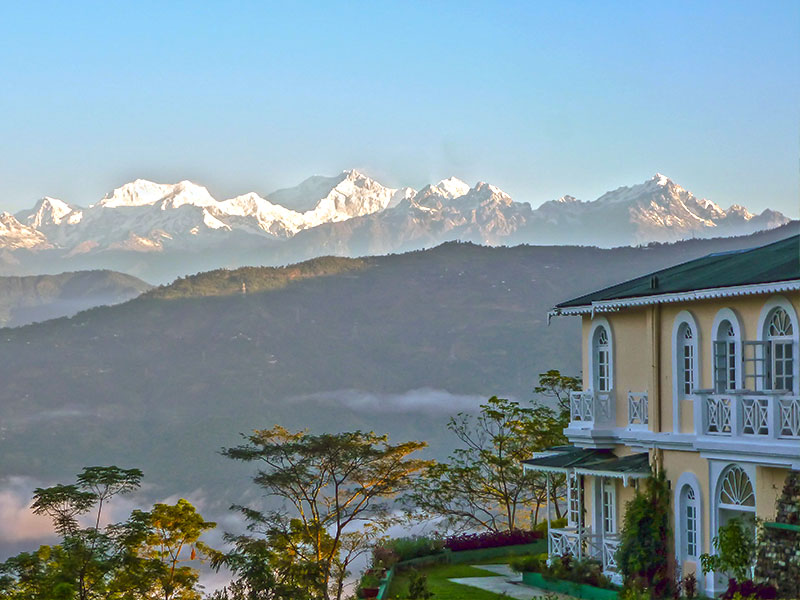 Glenburn Tea Estate (Darjeeling), has a long legacy of working with the local community, and celebrating their local culture and traditions. They grow as much as they can within the estate and have their own vegetable and herb garden. An abundance of fruit trees and local vegetables are grown within the villages. Feed on Mulberry jam, orange and pomelo marmalade as well as other fruit preserves. The menus comprise of interesting local fare and traditional Indian dishes, to exotic South-East Asian delicacies, making full use of the fresh herbs, and salad leaves they grow in their well-stocked kitchen garden. 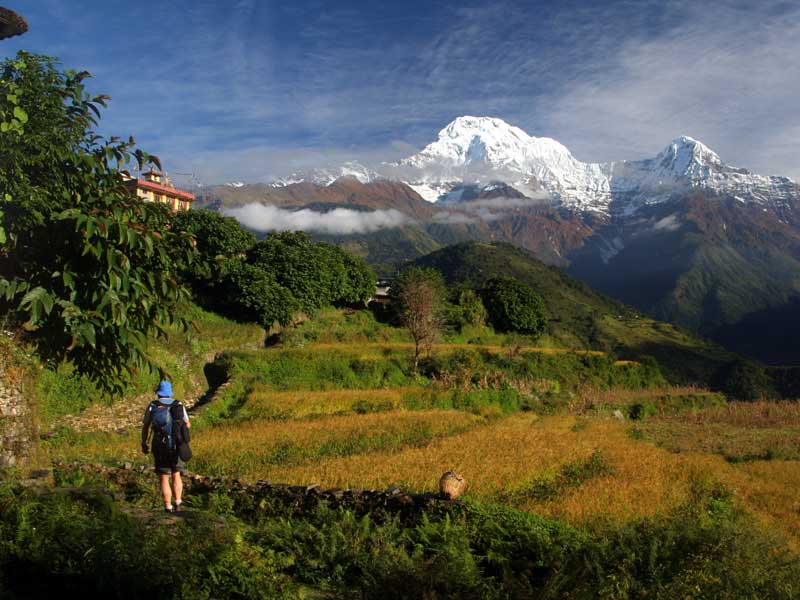 At Tiger Mountain Pokhara Lodge (Pokhara, Nepal), only local ingredients are used and they make their own spice mixes. Favourites include powerful, flavour chilli and Himalayan pink salt mixes that are served in most Tharu homes – salt, red chilli, seared garlic and ginger are ground together. Timur (Zanthoxylum armatum), Sesame and other spices can also be added to add different nuances of flavour to the dishes. They prefer to source as much as possible as locally as possible – from their own gardens (mainly herbs and salads), from the village: fresh meat, vegetables, buckwheat and millet flour, bran (for baking), foraged items; from Pokhara – favouring local farmers in the vegetable market. Similarly the tea and coffee is all from Nepal, organic and mainly from Guranse Tea Garden in eastern Nepal, Dhankuta district.

The Lodge at Wah 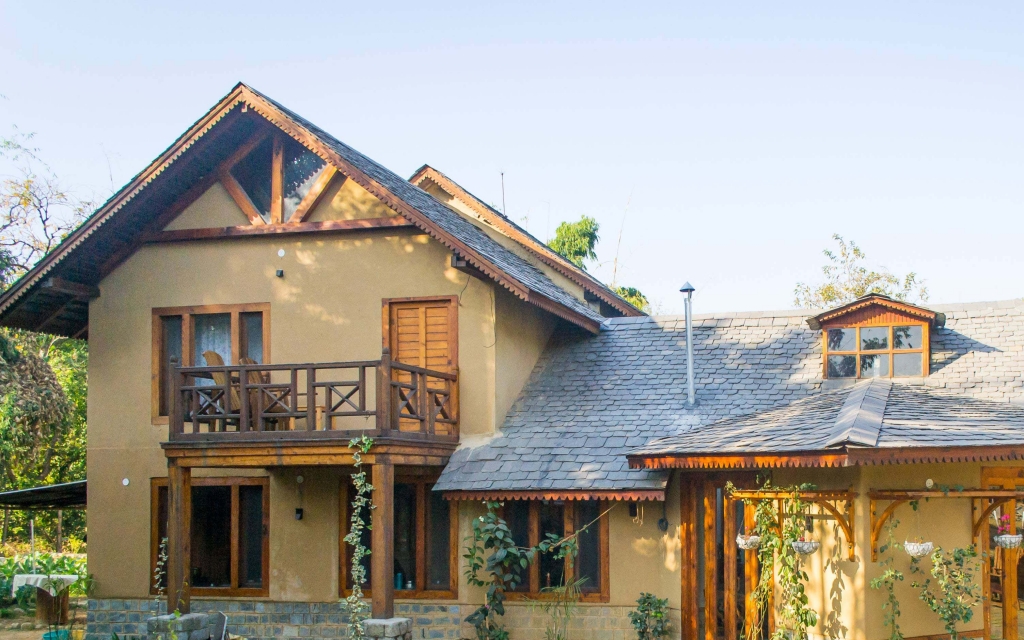 The chefs at Lodge at Wah (Palampur) are well-versed with creating meals using only locally sourced ingredients, which further feeds into minimization of plastic use. The meals highlight the local dishes, and over time have become guest favourites. Ingredients are produced mostly in their own garden and backyard kitchen garden, which is organic (they are currently growing thyme, rosemary, oregano, cilantro, chillies, lal saag, raddhish, carrots, peas and so much more depending on the season) as well as from the local community where they need additional produce. 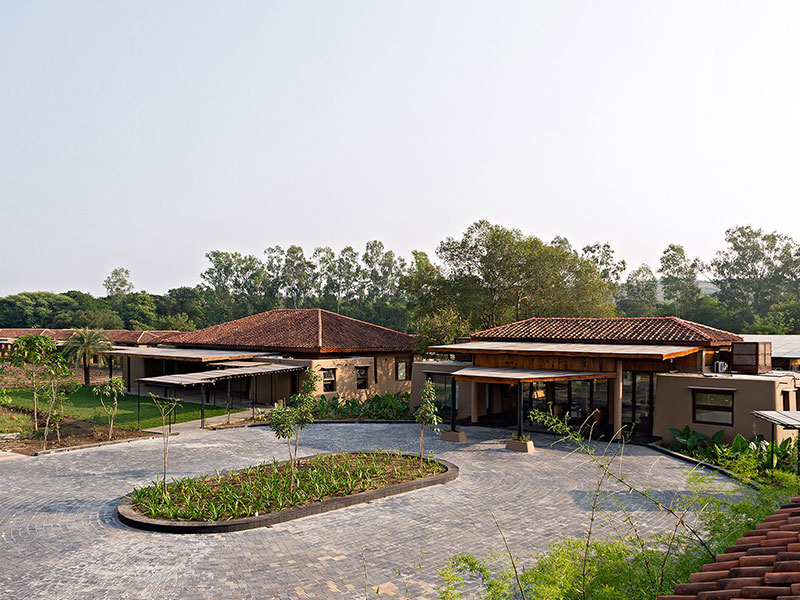 Green House Bistro has been the newest addition of a cafe to Jehan Numa Retreat (Satpura). It is focused on the concept of “farm to fork/Table”, and the philosophy of slow food movement.  At the Jehan Numa Retreat, they have a substantial amount of land to grow many number of vegetables, fruits and herbs to be used in their menus. The Bistro is built next to a farm, in which they grow cabbage, cauliflower, beetroot, carrots, Tomatoes, cherry tomatoes, Eggplant, Broccoli, kale. Fruits like Banana, Papaya, Pomegranate etc. Also, herbs like sage, thyme, rosemary, kaffir lime, bayleaf etc. Almost 70 percent of their produce comes from the land at the property. They do not use any kind of chemicals or pesticides instead of that they prefer using 'gobar khad' or cow dung compost to keep the soil fertile. 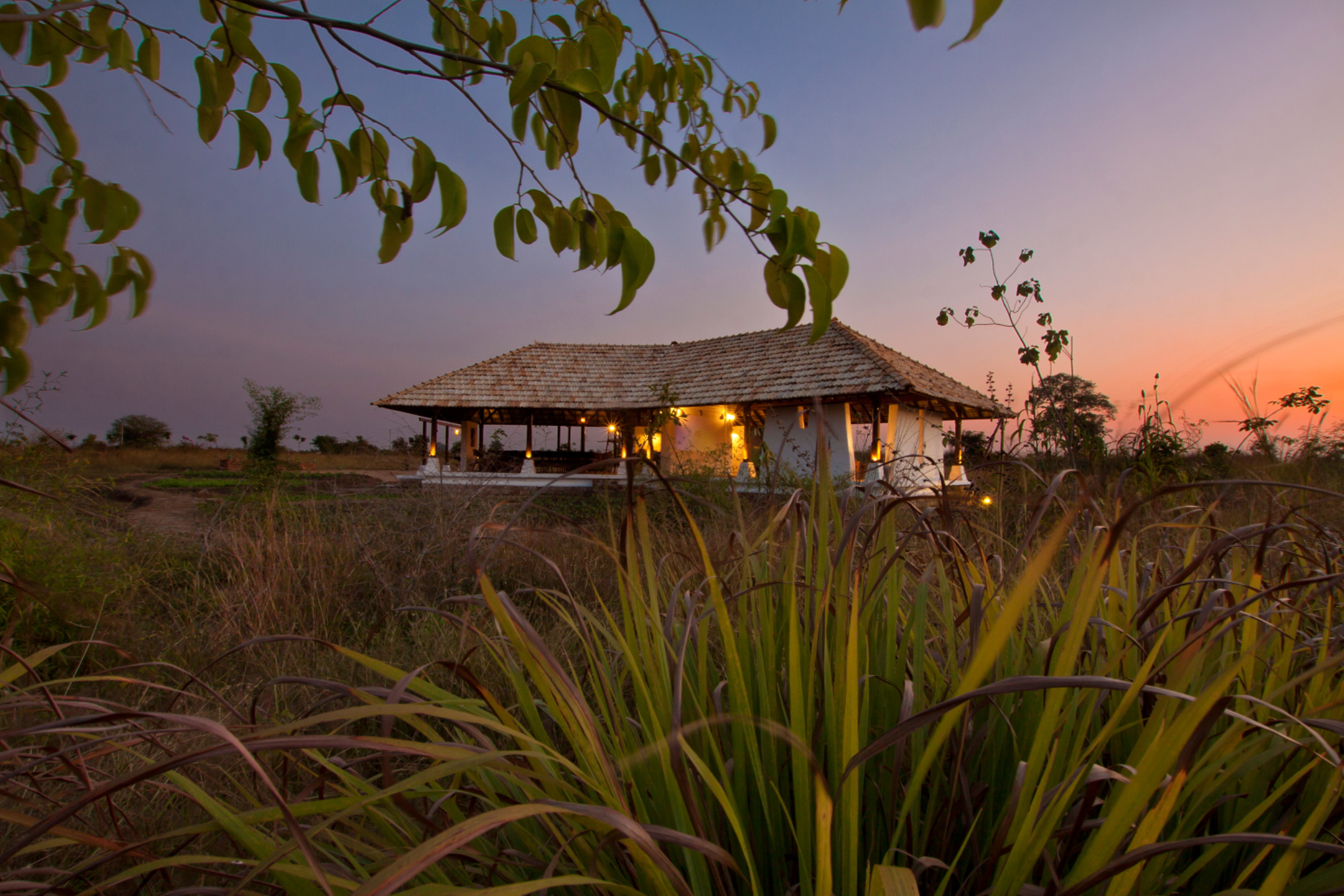 The sustainability practices in food at Svasara Jungle Lodge (Tadoba) include an emphasis on zero-waste. The idea is to cook as per fresh/daily requirements, and avoid storage/potential wastage. The property also adopts grandmothers’ wisdom around using as many parts of ingredients as possible, e.g. with lemon, the lemon juice is extracted, but the peel is also used for pickles and relishes. Their food waste was further reduced when they adopted the concept of pre-planned weekly menus, which is designed keeping in mind seasonal availability of raw produce. Other practices include growing their own organic herbs, seasonal veggies, and otherwise sourcing the fresh produce from neighbouring farms. 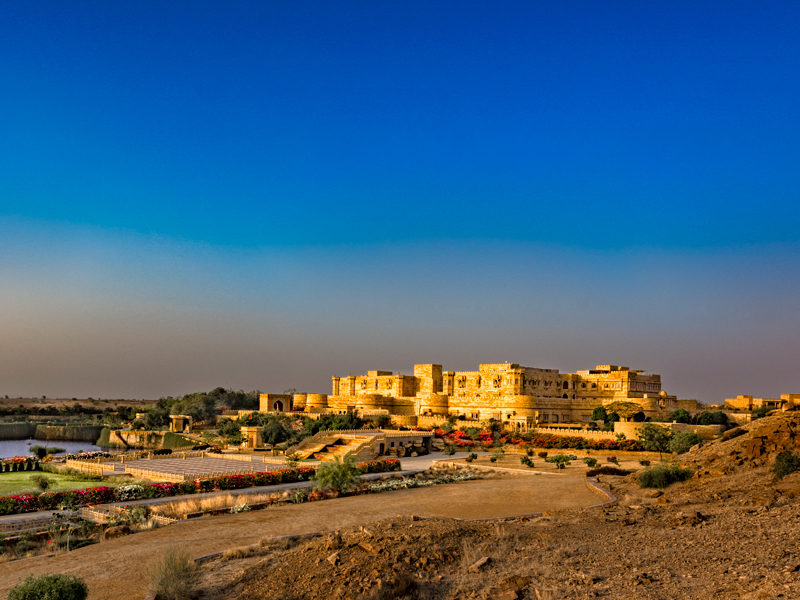 At Suryagarh (Jaisalmer), over the years they have worked towards backward integration of their food supply chains. They have invested in over 500 acres of their own farmlands, that supplies them with major grains, pulses. 100 percent of this produce is on rain-fed and river-fed agriculture with no pesticides, insecticides or inorganic fertilisers. They have decomposition pits, culture and prepare their own fertilisers and natural pesticides and procure heirloom seeds from local communities. They also do some dairy as well with over 60 Tharparkar cows (native species from Jaisalmer, known for A2 milk. They are free range, and feed on many types of local grasses that they grow). They have created organic gardens at the hotels for fresh seasonal vegetables and herbs.