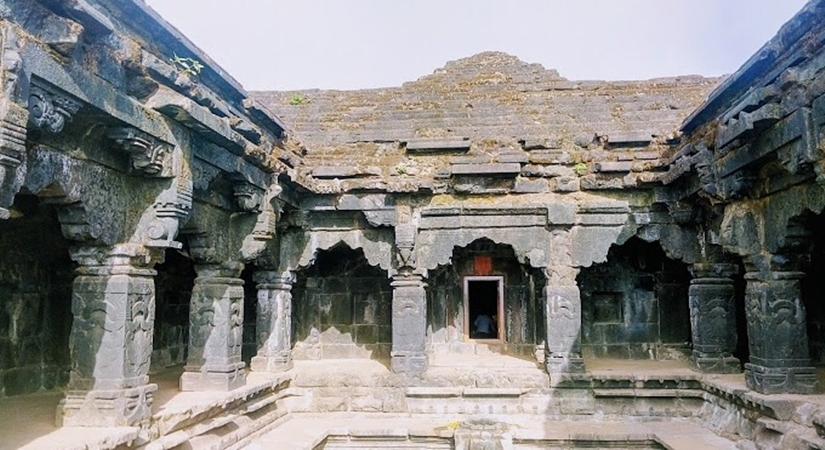 The magnificent scenic points, the perennial springs, streams, and waterfalls of Mahabaleshwar plateau, with its year round superb climate drew many tourists

March 11, 2020 (IANSlife) Recently, a friend said she was taking a break and going to “where the strawberries grow in this season”. Mahabaleshwar, is one of the most suited places for strawberry cultivation. In fact strawberries from here, contribute to about 85 percent of the total production of strawberries in the country.

My friend insists that the strawberries that come from Mahabaleshwar are the sweetest! She is probably right, but that’s not the only reason why the city is famous.

Present day Mahabaleshwar came into existence in the year 1829-30.  The magnificent scenic "points", the perennial springs, streams, and waterfalls of Mahabaleshwar plateau, with its year round superb climate drew the English and others to Mahabaleshwar. By the end of the 19th century it had become an attractive popular hill station of world renown.

Mahabaleshwar, a hill station in Satara district of Maharashtra is located in the Western Ghats. Old Mahabaleshwar, a historical village located about 7 km away, on a vast plateau at an elevation of about 1200 ft, surrounded by valleys on all sides, with temperature touching 8 degrees celsius during the winter. However, the low humidity level makes it comfortable even in summer. The monsoon however is very heavy, which is why the surrounding area has a well preserved forest, mostly with undisturbed wildlife diversity. One can still see the Indian gaur, giant Malabar squirrels, leopards and leopard cats, sloth bear, sambar and other types of deer, civets and mongoose, porcupine and more. 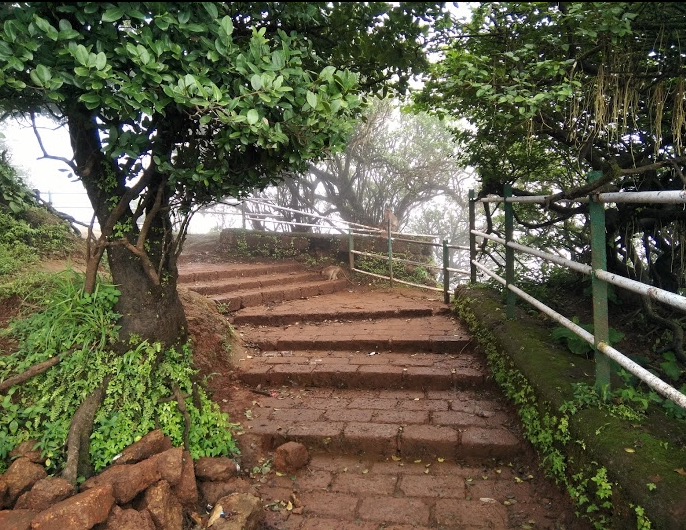 Mahabaleshwar and Old Mahabaleshwar have many tourist points and temples to see, with old architectural designs. There are also a number of viewpoints, some named during colonial times by the British who went on holiday to these places. An important place is the Arthur seat point is named after Sir Arthur Malet (1806-1888), a British officer who had lost his wife and children in a tragic ferry mishap on the Savitri River.  From that day onwards, Sir Arthur would sit and gaze at the River Savitri every single day.

Locally Old Mahabaleshwar is referred to as ‘Kshetra Mahabaleshwar’ - a holy and sacred place with three important temples. These are the Mahabaleshwar temple, the Panchganga temple, the Krishna temple. There is also a Hanuman temple, which stands at the highest point reaching 4721 ft bove sea level. The Mahabaleshwar Temple has just completed its Shivaratri Festival, an event that is celebrated with great enthusiasm every year.

Located just 150 km southwest from Pune and 340 km from Mumbai, the Mahabaleshwar temple attracts thousands of worshippers during Shivaratri.  As per historical records, the temple was built in 1215 AD in what is known as the ‘Hemadpanti’ style. What is most interesting is that the temple houses what is said to be ‘Shiva’s bed, damru and trishul’, which date back to around 300 years. It is said that every morning, the bedsheet is found crumpled and many worshippers believe that it confirms Shiva’s presence at night in the temple.

The Pancharanga temple is said to be 4500 years old.  It was built in the 13th century by the Yadava King Singhandeo and improved in the 16th and 17th century. While there is no historical evidence, this restoration may have been done by Chandra Rao More and Shivaji.  Located at the convergence of five rivers – the Krishna, Venna,  Savitri, Koyna and Gayatri, it is believed that these five rivers originate from the ‘Gomukhi’ inside the temple.

Behind Panchganga temple, there is a small trail that leads to Krishnabai temple where the Krishna River is worshiped. It is built overlooking the Krishna valley and in 1888 by a ruler of Ratnagiri on the Konkan coast. The temple has a Shiva lingam and a beautiful statue of Krishna. A small stream of the river flowing from a cow-face (gomukh) falls on a 'Kunda' or water tank. Stone carved columns and ceilings are the special characteristics of this temple. An old temple, it has gathered moss and is almost in ruins and is not visited much by tourists, but provides a splendid view of the River Krishna. 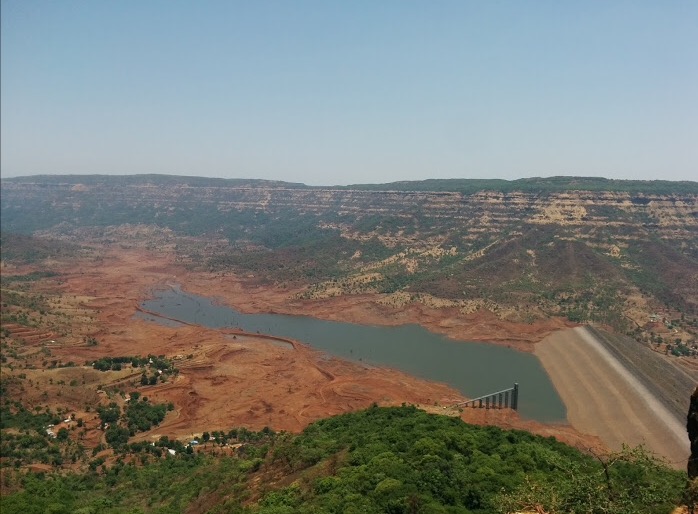 Mahabaleshwar is the source of the Krishna River that flows across Maharashtra, Karnataka, Telengana and Andhra Pradesh. The legendary source of the river is a spout from the mouth of a statue of a cow in the ancient temple of Mahadev in Old Mahabaleshwar. Legend has it that Krishna is Lord Vishnu himself as a result of a curse on the Trimurti’s (3 gods) by Savitri.  The river tributaries Venna and Koyna are said to be Lord Shiva and Lord Brahma themselves.
What is interesting is that apart from Krishna, three other rivers also come out of the ‘gaumukh’ (mouth of the cow). These rivers travel some distance before merging with Krishna which flows east towards the Bay of Bengal. These rivers are the Koyna, venna (also known as Veni) and Gayatri. The Savitri river flows westward towards the Arabian Sea.

The Venna Lake is one of the major tourist attractions of Mahabaleshwar. The lake is surrounded by trees on all sides and the temperature recorded here fluctuates between 0 °C-4 °C , several times during winter despite being in a tropical area. Because of the occasional low temperatures during winter, frozen dew drops have been reported and the areas surrounding the whole lake seems to turn white.

One of the popular sights of Mahabaleshwar are ‘The Three monkeys’, named because of the natural sculpture of the stones which look like three monkeys sitting beside each other and portraying, Gandhiji’s ‘Three Wise Monkeys’. Wilson Point is another popular spot for tourists. Named after Sir Leslie Wilson, the governor of Bombay (1923 t0 1926), Wilson Point at 1493 is the highest point in Mahabaleshwar. Known as Sindola Hill during the colonial rule, Wilson point is the only location where both sunrise and sunset can be seen. It offers spectacular views in all directions.

Other sights worth seeing is Pratapgarh, a fort built by Shivaji near Mahabaleshwar and is known for its history. This was where Afzalkhan, Commander of the Bijapur Army, was defeated and killed by Shivaji. Also located near Mahabaleshwar are the Lingmala Waterfalls. The water here falls from a height of 600 feet. The water of this splendid waterfall cascades into the Venna Lake, divided by projecting rocks and turning into a multiple tier.