Kolkata's Arsalan story: Its many twists 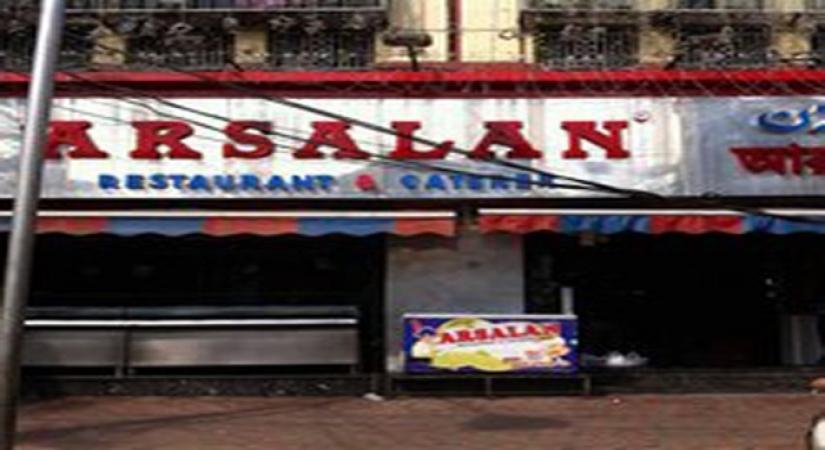 The police claimed after the accident that the car speed was between 100-120 km per hour.

The Kolkata Police have recovered the event data recorder (EDR) of a Jaguar Land Rover car that was involved in a gruesome accident last week in which two Bangladeshi citizens were killed and three others sustained injuries.

The car was allegedly being driven by 21-year-old Arsalan Parwez, scion of the city's famous restaurant chain named after him and popular for its biryani dishes.

The city Police Homicide Department, probing the sensational case, had commissioned experts to recover the EDR and decode its contents, which are expected to give details of the exact speed at which the car was being driven, whether there was a mechanical fault and whether or not Arsalan had fastened the seat belt.

The police claimed after the accident that the car speed was between 100-120 km per hour.

Arsalan was allegedly driving the luxurious Jaguar Land Rover F-Pace at breakneck speed late on Friday night amidst heavy showers and rammed into a Mercedes E-220 car in the wee hours of Saturday at the Shakespeare Sarani- Loudon Street crossing in south Kolkata.

CCTV footage as well as eyewitness and police accounts suggest the Mercedes, which took the full impact of the hit, rolled over twice and crashed against a Traffic Police kiosk.

The kiosk fell on three Bangladeshi citizens, who had taken shelter next to it to save themselves from the rain. Two of them -- Kazi Mohammad Mainul Alam (36) and Farhana Islam Tania (28) -- who had come to Kolkata for medical treatment -- were crushed to death. Kazi Safi Rahmatullah, the third from the group, survived with an injury.

The Mercedes occupants -- Amit Kajaria, who was at the wheel and his wife Kanika -- were both injured, and are still in hospital. Kajaria almost had his right ear severed, and a plastic surgery has been done to relocate it. Kanika had abdominal bruises, but is still traumatised.

According to the police, Arsalan's father Akhtar Parvez spoke to them after the accident and admitted that his son was driving the vehicle, which is registered in the name of the family-owned R A A Arsalan Enterprise Private Limited that runs a chain of restaurants here, a facility in Dubai, besides having franchisees and other businesses.

On Saturday, 10 hours after the incident, Arsalan surrendered at the office of the Deputy Commissioner (South) of Kolkata Police, claim family members. However, a section of police officers say that he was arrested from his home in Beckbagan.

Acting with alacrity, the police initially booked him under Sections 279 (rash driving) and 304 II (culpable homicide not amounting to murder) of the Indian Penal Code. He was produced in a city court on Sunday, where Chief Metropolitan Magistrate (in-charge) Alakananda Roy remanded him to police custody till August 29.

With the CMM's permission, police also slapped IPC Section 308 (attempt to commit culpable homicide) and Section 3 of Prevention of Damage to Public Property Act on Arsalan. The charges if proved could land him a maximum punishment of 10 years.

In a break from convention where serious road accidents cases are probed by the Fatal Squad of Traffic Police, the case has been handed over to the Homicide Department of the city police.

Police officers claim that the incident was "much more" than an usual accident case, and had multiple dimensions and angles, which the Homicide Department is best equipped to handle.

Arsalan is the second child of his parents and studied in a reputed English medium school in the city before travelling to the UK, where he graduated in Business administration from the University of Edinburgh.

"We were waiting for him to take over the business from his father, but now things have become so uncertain," said a relative, who mentioned that Arsalan was a god-fearing youth and went for Haj a few years back.

However, the police have termed Arsalan -- who, according to the family, used to drive the Jaguar -- a habitual traffic offender.

The Kolkata Traffic Police records show there were 48 "citation cases" against the car between November 2018 and July 12 this year. It was booked for overspeeding on 43 occasions.

Even on the fateful night, the car had jumped red signals twice -- at Russel Street-Middleton Street and the Middleton Street-JL Nehru Road intersections, the police claim.

The police and family members also differ on why Arsalan had been out on the road so late at night. While the restaurateurs have claimed that he was returning after checking the accounts at the company's Taratala outlet, police are suspicious that he was on a pleasure trip and roamed various roads, including making a stopover at a party zone.

A third version is that he had reportedly left home with the car after an altercation, and was rushing back after being scolded over the phone by his father.

With Arsalan in custody, the police are now trying to reconstruct the chain of events by taking him to the spot and also getting his version of his repeated traffic offences.