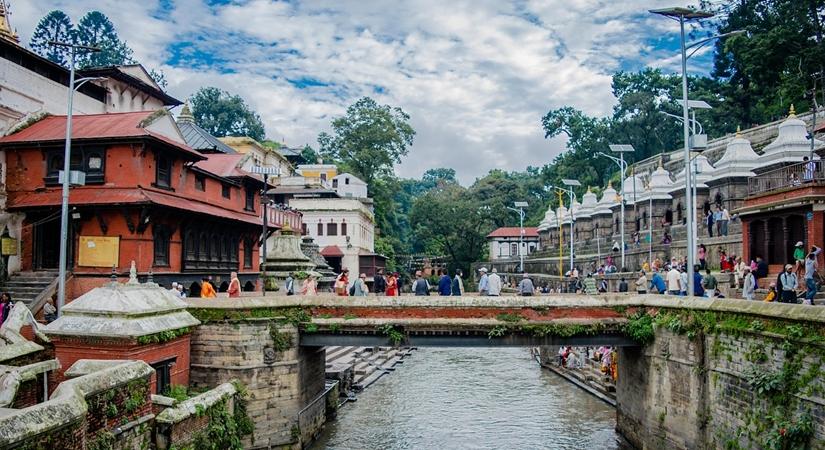 The Nepalese government has declared the Year 2020, as Visit Nepal Year. It is well-connected by road, air, with most domestic airlines providing flight services to Kathmandu, with Vistara being the latest

March 2, 2020 (IANSlife) On a cold February day as we land in the Tribhuvan International Airport, Kathmandu, the distinct vibe of the place was hard to escape. From the haphazard yet simple luggage and immigration counter at the airport, to the cars outside the city with number plates in Devanagari script (only) the tiny mountain nation exudes an aura unique to its own.

No wonder, Nepal has a disciplined vehicle registration system enacted by law. The vehicles are broadly categorised with colour-coded registration plates on the basis of size and capacity and further sub-classified by their ownership and service-type. Kathmandu is also one of the pioneering cities in South Asia to follow a "No Honk" policy.

With the nip in the air and fire in the belly, we start to explore the city. The first name that came into forth was Thamel, the buzzing, commercial area is the main nightlife zone. From chic cafes to discos and a happening underground music scene, Thamel attracts the young and happening local and tourist-y crowd. If you you like handicrafts, art and paintings there are a myraid of shops selling Nepalese artefacts, novelties, shoes and music items. But remember you must bargain hard! (1 INR is equal to 1.6 Nepalese rupees.)

Pro tip: Rs 100 INR notes can be used hassle-free for transactions in Nepal. For larger denominations, you can get your currency converted at the current exchange rate at one of the many exchange counters in the Tribhuvan International Airport).

A devoutly religious country, the capital city of the Himalayan Kingdom boasts of many Buddhist and Hindu religious temple and spiritual sites across the country.

Patan, PashupatiNath Temple are some of the cultural and heritage sites.  Patan, Lalitpur neighbourhood has temples like the Golden Temple, Krishna Temple, Mul Chowk, Bhimsen Temple, among many others. Located in the vicinity of the Durbar Square, a part of the UNESCO World Heritage sites in Patan, the temples are marvels of distinct "Newar" architecture. Most of them were heavily damaged by the earthquake of April 2015, and reconstruction works are underway, courtesy, China Aid.

The world famous Pashupatinath Temple, dedicated to Lord Shiva, is situated at the banks of the ancient river Bagmati draws people from all walks of life. The believers, atheists or agnostics, the abode of the Lord Shiva invokes spirituality in all. The temple is of the 12 Jyotirlingams spread across the Indian subcontinent. Pashupatinath attracts pilgrims throughout the year and more so during festivals like Shivaratri when hundreds of thousands of Hindus across the world.

A culture is defined largely by food of the land. From the bright, cheer me-up foods in street stalls in Thamel to the nine-course traditional Nepali thali featuring bamboo shoot curry and mutton there's a lot to choose from. Tibetan-inspired dumplings and the not to be forgotten the locally brewed alcohol (some of them with alcohol percentage around 6 percent) are a must and not for the faint-hearted.

One of the star dishes is ofcourse Masu Chiura or meat curry with dry beaten rice. A local favourite, it is served cold and a must-try.

Kathmandu's Tibetan colony is a big draw for tourists. One of the largest settlements for the colony, it consists of Swaymbhunath or the Monkey Temple, one of the largest stupas dedicated to Lord Buddha and the area is full of cafes, quaint shops selling religious relics and paintings, spices and novelties. The stupa stands as a melting pot of faith and harmony for centuries with Hindu temples and deities.

The Nepalese government has declared the Year 2020, as Visit Nepal Year. A friendly neighbour, Nepal has been trying to woo more and more Indian tourists to experience the country. It is well-connected by road, air, with most domestic airlines providing flight services to Kathmandu, with Vistara being the latest. Kathmandu can be reached from New Delhi within a one hour and forty minutes approx.

Aditi Roy can be contacted at aditi.r@ians.in