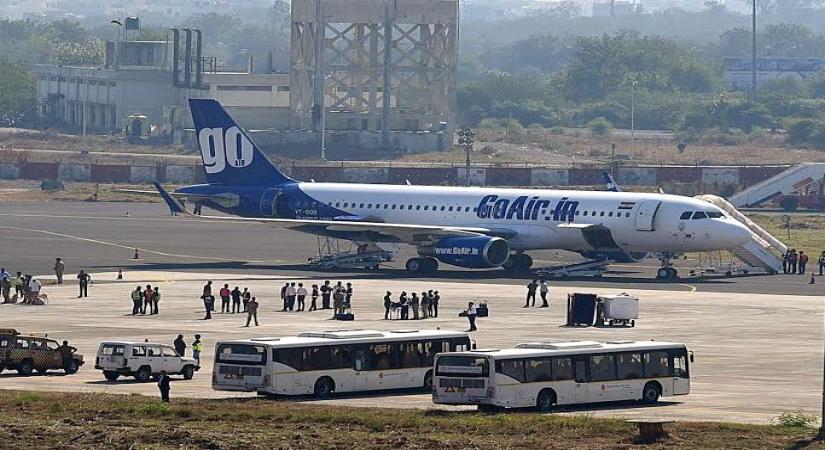 Mumbai, July 21 (IANS) Budget passenger carrier GoAir plans to add destinations such as Hanoi and Phnom Penh to its international network by the year-end, sources said.

Sources said the airline, which is rapidly expanding its international presence, will also deploy capacity to Bhutan in the coming days. Till recently, the airline flew to just four international destinations -- Phuket, Mali, Muscat and Abu Dhabi.

An airport slot is a specified time period granted at airports to an airline to operate its scheduled flights.

Dasgupta pointed out that the destinations would be selected keeping in mind the airline's aircraft range. At present, the airline operates Airbus A320Neos aircraft, which have an endurance of around six-hours of flying time.

Consequent to its expansion plans, the airline has enhanced its fleet size and recently took the delivery of its 51st plane. Going forward, it will be adding at least one aircraft every month.

On tie-ups with other international airlines for codeshare or an interline agreement, Dasgupta said the company was in touch with many players, including those who were with erstwhile Jet Airways.

Some of GoAir's rivals have already tied up with the likes of Turkish Airlines and Emirates. However, Dasgupta said that these airline's can also have additional tie-ups.

The codeshare and interline agreements between airlines allow for a seamless travel experience for passengers through an extended global network.

Furthermore, Dasgupta elaborated that an increasing number of international players were looking at the India market for potential tie-ups.

GoAir has flown approximately 73.3 million passengers since its inception. The company aims to touch the figure of 100 million in the next two years.

(Rohit Vaid can be contacted at rohit.v@ians.in)