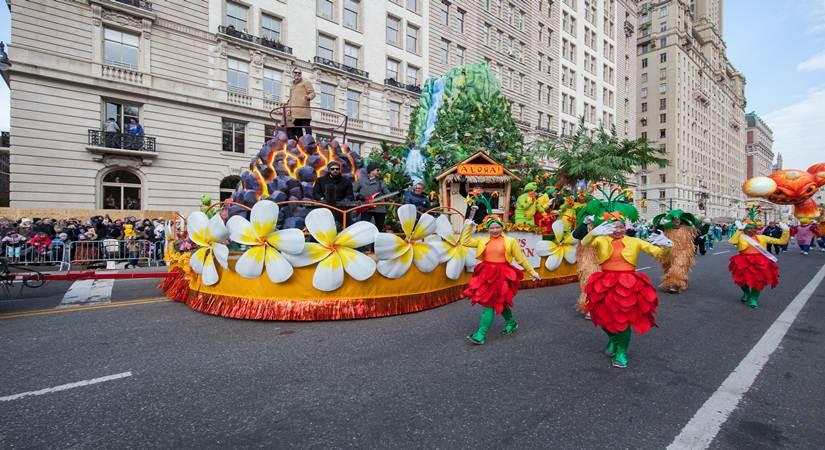 Enjoy festive decor, cuisine, and breathtaking views of the city

December 27, 2021 (IANSlife) If you're on the other side of the globe, all the way in NYC, away from friends and family, here's a list of things to do this New Year's Eve to keep your spirits high:

The Times Square Waterford Crystal The New Year's Eve Ball will dazzle in Times Square throughout the season, but its arrival on New Year's Eve is a dazzling, once-in-a-lifetime event. Vaccinated spectators will be welcomed back in-person this December at the event, which will be broadcast live to millions of viewers in NYC and around the world. Guests can also make a wish for the New Year on a piece of official NYE confetti that will be released at midnight as the ball descends at the New Year's Eve Confetti Wishing Wall (in person and online).

Enjoy a selection of sparkling wines and champagne while taking in the splendour of the New York City skyline and a magnificent display of fireworks on one of three cruises. The night will come to a close with fireworks over the Statue of Liberty.

Join in the fun and run four miles in Central Park to celebrate the end of the year. The race will begin at 12 a.m. on January 1, 2022.

Carolines' annual New Year's Eve Spectacular is a great way to ring in the new year. Chanel Ali, Shafi Hossain, Alvin Kuai, Jason Salmon, and Ashton Womack will perform at the 7:30 and 10 p.m. shows, with music by DJ Wiz.

R&B ONLY LIVE on New Year's Eve at Kings Theatre

With COLORS Worldwide, enjoy a night of R&B music at the renowned Brooklyn venue. Apex Laurent and DJ Dauché will host the special event, which begins at 8:15 p.m.

While travelling over the East and Hudson Rivers from the glass-enclosed deck, enjoy festive decor, cuisine, and breathtaking views of the city on a New Year's dining cruise.

For the first time since 2020, the long-running and cherished tradition will take place in person on New Year's Day. The yearly event, which is held in collaboration with the Alliance for Coney Island and local non-profits, helps to generate cash to ensure the island's survival.