Why Anshula Kapoor is all about acts of kindness 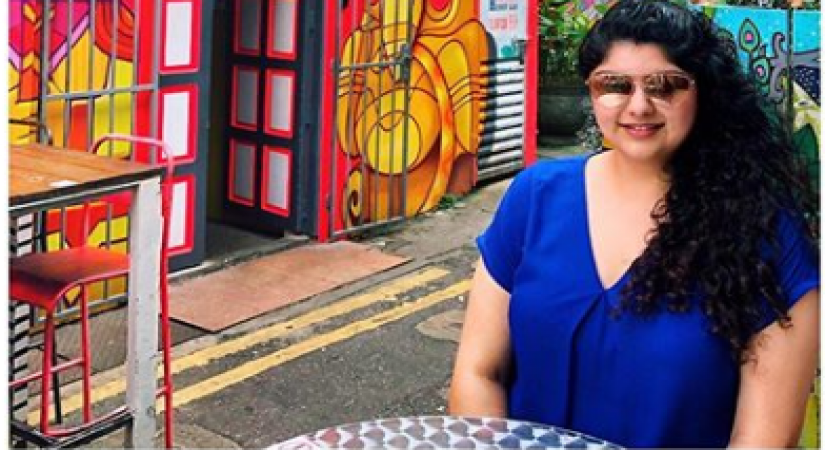 She's surrounded by actors in her family, but Anshula Kapoor choose to see a different side of the celebrity world - one laden with positivity and kindness

November 13, 2019 (IANSlife) Anshula Kapoor, the camera-shy member of the star-studded Boney Kapoor family, might not have gone the showbiz way, but her initiative Fankind digs out a more humane side of the glam world -- by raising money for causes, making fans meet their favourite celebrities, and gratifying the unseen acts of kindness admirers do for them.

Anshula, 26, has an intriguing story to tell of how it all took shape.

“When Arjun bhaiyya (Arjun Kapoor) became an actor back in 2012, he was not on social media. I was on Twitter and Instagram. A lot of his fans, admirers and even critics, reached out to me to pass messages onto him, and as a dutiful sister I did it, becoming a carrier pigeon.

“I developed a relationship with his fans because of that. They started treating me as one of their own, even to date, for all his fans, I’m Anshula didi,” she told IANSlife in an interview.

Anshula sounds nothing but grateful talking about the good wishes that flew her way.

“If I put out a post saying I’m missing mom, I would get videos of their mothers sending me good wishes. This is another level of awesome -- the amount of love that comes from people who are unknown to us.” Anshula and Arjun lost their mother to cancer, weeks before Arjun’s Bollywood debut ‘Ishaqzaade’ in 2012.

The fans might not have met Arjun or Anshula in the real world, but what touched her deeply was their choice to be kind to them and their family, instead of trolling them. In a bid to amplify and gratify that love, Fankind took birth.

Fankind, which launched in August this year, raises funds for charities, and in doing so, it curates fan ‘experiences’ and arranges fan-celeb meets. All one has to do is donate Rs 200 to a cause you and the celebrity is passionate about. So far, Varun Dhawan, Alia Bhatt, Prajakta Koli and Sonakshi Sinha have associated with Fankind.

Sounds unique? It is.

Anshula also credits her mother for putting the nurturing kindness in both of them.

“The kindness and the giving-back angle comes from our mother. She firmly believed that whatever you have, you need to go back to the community you belong to. You are who you are because of your community.

“Whoever has ever interacted with her, in the real or virtual world, always comes back to us saying she is one of the most kindhearted people they have met. She always went out of her way to help people with small acts of kindness.”

In fact, her first fundraising act when she was in 8th standard was nudged on by her mother.

“I once learnt of an animal who needed medical surgery, and they didn’t have money. So my mother encouraged us to raise the money. My first fundraising was by selling cupcakes and calendars,” she laughs.

Fankind, what Anshula calls her child and her happy place, is in its fifth campaign and welcomed film director Karan Johar onboard for NGO ActionAid’s ‘Sponsor A Child’ program. As per the organisers, this experience will invite the winner to have coffee with Karan and tour the Dharma Productions office in Mumbai.

This article is website exclusive and cannot be reproduced without the permission of IANSlife.
Siddhi Jain can be contacted at siddhi.j@ians.in