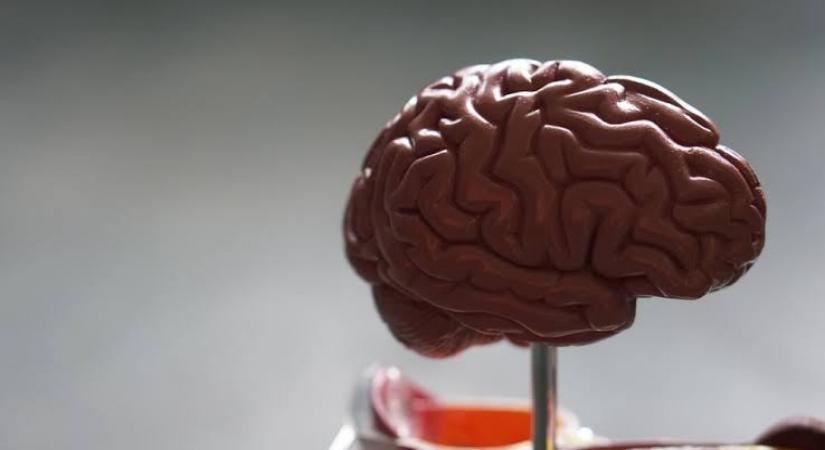 July 30, 2021 (IANSlife) The COVID-19 pandemic has not only taken precious lives but has also had an impact on mental health. High anxiety, grief, and a negative atmosphere during the pandemic that too in extended social isolation has been a breeding ground for mental health issues like depression, schizophrenia, psychosis, and other mood and behavior disorders.

Gone are the days when mental health was taboo. Today, Millennials and Generation Z hesitate for treatment not because of the taboo, but because of inadequate or high cost of solutions in the market. The most commonly available solutions of psychiatric medication have a number of serious side effects, not limited to weight gain, emotional flattening, gastrointestinal issues, sexual dysfunction and sleep disturbances. It has also been observed that the cognitive capabilities that take a hit during depression are not completely restored even after recovering with medication.

With the advances in neuro-psychiatry and with a growing understanding of the underlying mechanisms of mental disorders, there are alternatives being developed that provide safer treatment, notes Ramya Yellapragada, Founder and CEO of Stimveda Neurosciences, who after completing her engineering from IIIT Delhi did a AI, ML focused program Plaksha Tech Leaders Fellowship where she met her co-founder and started working on StimVeda.

"Presently, one needs to pay over Rs 1.2 lakh in India to access this state-of-the-art brain stimulation (rTMS) treatment. Even as the safer and targeted option of brain stimulation gains popularity, the complexity and size of the rTMS machine continues to be a big hindrance. Over the years, researchers have been trying to develop a portable version of brain stimulation technology called transcranial direct current stimulation (tDCS) that could transform daily psychiatric medicine," Yellapragada tells IANSlife.

Dr. Rohit, a Clinical Psychiatrist from AIIMS Delhi, notes, “Home-based tDCS could be of potential use in managing mental ailments with a potential for widespread use. It has shown efficacy in managing depression, cognitive deficits and mental morbidities.”

In 2019, tDCS received CE approval as a medical device for at-home treatment for depression to be sold in Europe and the UK. Similar trials have been going on with the FDA in the US since summer 2020.

Summarising 30+ years of research, researchers from Harvard University, NIMHANS Bangalore, and other leading neuro-psychiatric research institutions around the world have published a research article in the International Journal of Neuropsychopharmacology highlighting the efficacy of transcranial direct current stimulation(tDCS) for various psychiatric disorders. According to their findings, tDCS is definitely effective for depression (level A evidence) and also seems promising for chronic pain, auditory hallucinations in schizophrenia, motor stroke, among others, she says.

"Transcranial direct current stimulation (tDCS) today is being used in practice by a number of progressive psychiatrists in clinics as a safer alternative to medication and an affordable alternative to rTMS stimulation. In India, the two most prominent psychiatric hospitals, namely AIIMS Delhi and NIMHANS Bangalore use tDCS to treat a number of disorders like depression, auditory hallucinations for schizophrenia, tinnitus, traumatic brain injury, OCD.

"Now, finally, we have an emerging solution that is both accessible and portable as medication and as safe as rTMS stimulation in a doctor's office."

The brain is one of the most unique organs, constantly growing new connections, learning and adapting. Efficacy of treatments, for such a variable organ, increases immensely with personalization. The promise of portable brain stimulation treatment is not only limited to its safety, but also in its combination with brain activity monitoring technology like EEG, and deep learning algorithms, which allow for a data-driven, individualized treatment.

This entirely new way of treating persistent mental health disorders safely and effectively has only been made possible by advances across different fields of neuroscience, psychiatry and machine learning.

"StimVeda Neurosciences, an Indian startup, with its close collaboration with AIIMS Delhi and the likes of the former Dean of Engineering at UC Berkeley, is on the cutting edge of neuro-psychiatric technology - delivering a safer, at-home depression treatment and management solution. The wearable solution integrates tDCS with digital cognitive therapy, brain monitoring tech (EEG) and AI, enabling a data-driven, holistic treatment. StimVeda Neurosciences is incubated at NASSCOM Center of Excellence and Plaksha," Yellapragada adds.

This safe, affordable, at-home treatment holds a lot of promise for the world, and the subcontinent in particular, which as per the World Health Organization, has the highest number of depression cases in the world, around 60 million pre-pandemic.

In this age where we can dream about traveling to Mars, it is about time we deserve good emotional, psychological, and social well-being, concludes Yellapragada.