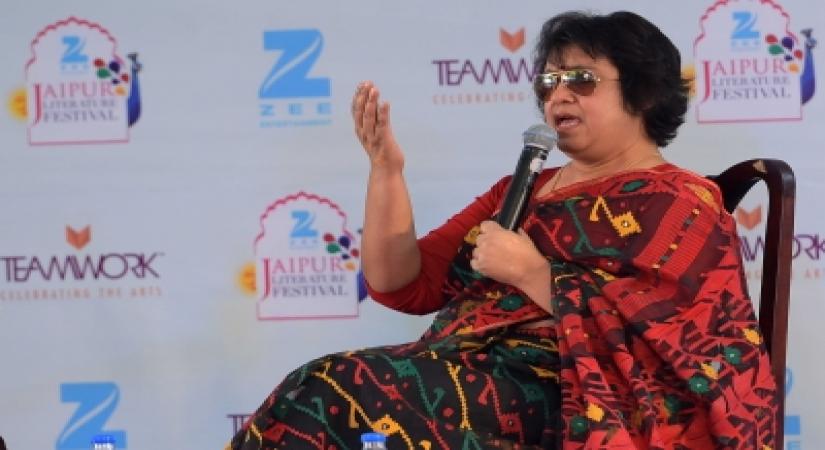 New Delhi, Aug 2 (IANS) Amit Shukla, who cancelled his order from food ordering app Zomato because he was assigned a "non-Hindu" delivery man, is at the centre of another Tweeter storm. This time over lewd remarks he had made on a post shared by author Taslima Nasreen back in 2013.

The post came to haunt Shukla after the Bangladeshi author on Friday again shared the comment Shukla had made.

"Well I will say you have grt b**bs hope you like my comment," Shukla had said when Nasreen shared a photograph from her days at Harvard University.

"Is it the man who cancelled Zomato order for being assigned a non-Hindu delivery boy? He has no respect for women? Or he showed his disrespect to me because I am a non-Hindu," Naseen asked on Friday, sharing a screenshot of the post.

As soon as the writer tweeted the screenshot of her online encounter with Shukla, many users reacted angrily on Twitter.

"He has no issues with non-Hindus. He essentially hates the idea of love & unity. He breeds on division & hatred. He dislikes people who talk of unity & so he can't tolerate you," tweeted one user.

"Mam, because these hypocritical Patriarchs cannot see growing women in this world... They try to bring them down when they see them flying high in the sky," wrote another user.

@AamiSreejita wrote: "He made obscene comments about Priyanka Chopra too, he apparently has issues with educated independent women along with his stuck up sick beliefs. the comment to u was essentially misogynistic, not religious."

Meanwhile, the police in Madhya Pradesh have warned Shukla that he could be jailed if he did anything "divisive" in the next six months.