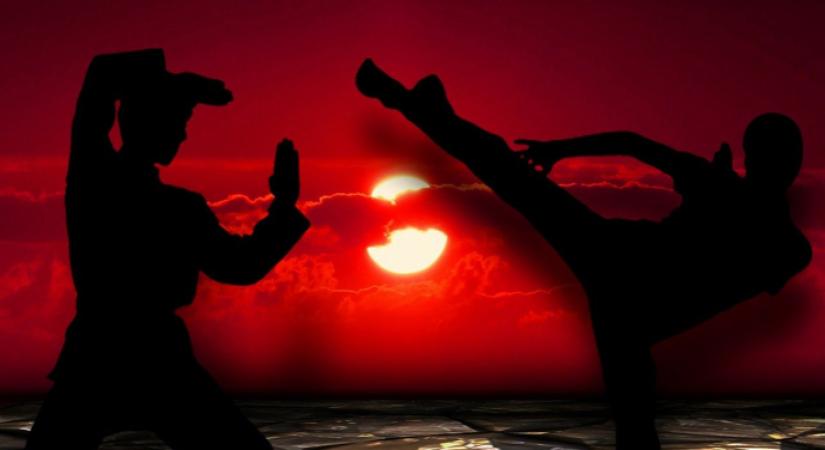 February 21, 2021 (IANSlife) The knowledge of self-defense is a basic human right that everyone should have access to, especially women, believes 'The Indian Tigress' Ritu Phogat, a wrestling champion and a superstar from India. From a young age, she was taught how to wrestle by her father, Mahavir Singh Phogat. Since then, she has gone on to garner countless accolades in the sport.

If a would-be attacker were to rush up on Phogat in a dark alley in the middle of the night, chances are, that attacker would be unconscious within a minute.

In these modern times, Phogat says women should have the capability and skills to physically defend themselves as well as those around them from threats and attacks. She believes that, through the power of martial arts, women will gain more confidence and learn how to protect themselves from anything.

Being a lifelong martial artist, Phogat is inclined to advise women to pick up martial arts, whether that be her base discipline of wrestling, or striking disciplines such as Muay Thai and boxing. Today, Phogat is one of the fastest rising mixed martial arts (MMA) talents in the world, which combines different martial arts disciplines together in a seamless fighting style.

According to Phogat, martial arts is important because it has a host of benefits to offer in our lives.

“You will one hundred percent gain the confidence of knowing how to defend yourself. You won’t have to rely on anyone to protect you in the most volatile of situations. You will have the skills and the knowledge of how to handle even attackers who are bigger and more physically imposing. You’ll also be able to protect the people you love,” says Phogat.

“Other benefits of martial arts include increased sharpness and focus, enhanced reflexes and athleticism, physical strength, a stronger immune system, and a more positive outlook on life.”

Practice in the gym

Of course, you’re going to want to put your newly developed skills to the test. There’s no better place to try them out than in the safe and controlled environment of the gym.

In order to enhance your martial arts skills, you need to put in the hours at the gym, honing every single technique, going through every situation in your mind, and preparing yourself both physically and mentally to apply your skills in the right manner.

In the gym, you have training equipment such as heavy bags, speed bags, focus mitts, and the like to sharpen your weapons. You also have sparring partners and gym mates to simulate self-defense situations so you know exactly what to do in any case presented.

“Learning how to fight is 80% in the gym, and 20% in an actual fight. The preparation is more important than the fight itself. If you work hard on your skills in the gym, fights are easy,” says Phogat.

“You can practice certain self-defense situations with your gym mates, friends, and instructors, so that when it comes time to actually put those skills into use, you know exactly how to utilize them. You know that when your attacker is charging at you, you can use his momentum against him. If he has you in a hold or in a choke, you have the right technique to break free and reverse the situation.”

Get help from authorities

Phogat, however, stresses that even with self-defense capabilities, the first response to any situation that could potentially become physical should be to diffuse. If you can walk away from the situation with a cool head, it is certainly the best option.

Another option to diffuse a volatile situation is seeking help from authorities. Authorities are there to keep peace and order, and can certainly help protect you and your attacker from any unnecessary altercation.

“Whenever you can, just avoid fighting altogether. It’s not worth the hassle if you can avoid it all, and everyone can go home safely to their own beds. Physical altercations usually happen when one side is not in the right frame of mind, or not thinking clearly enough. When cooler heads prevail, that’s when you regret fighting, after the fact,” says Phogat.

“It’s the same in situations where attackers want to do you harm. They are in a situation where they feel they have to do these things, or where they aren’t thinking clearly and are under the influence. If you don’t have to put yourself at risk, don’t. The best option is to flee and seek help or seek safety. Authorities are there for a reason.”

If you must fight, however, Phogat says you need to also be physically strong enough to apply the skills you’ve learned in the gym. The stronger you are, the faster you are, and the more powerful you are, the better your chances of success.

Building strength and conditioning is essential to every martial artist. That means developing strength in your muscles, learning how to use leverage, activating your fast-twitch muscle fibers, and enhancing your cardiovascular endurance. These all work together to turn you into a fighting machine.

“Martial arts and physical fitness are synonymous to each other. You have to be physically fit and capable if you want to apply your martial arts skills. At the same time, martial arts will see to it that you do get your health in order, and that you unleash your full physical potential,” says Phogat.

“Don’t sell yourself short. Your attackers may be big guys. They may appear more imposing. But with technique, knowledge of leverage, and experience, you can be much stronger, even if it doesn’t look like it at first. People will be surprised with your strength and speed.”

In any fight, Phogat explains, you must always seek the fastest end that causes the least amount of damage to all parties involved, including your attacker. Remember that the objective is to incapacitate your attacker and then seek safety immediately. You don’t want to draw out a fight when you don’t need to.

“Obviously, if you have to fight, then fight to win. A fight to the end matters quickly and decisively. This could mean knocking someone out, or incapacitating them with a choke or with a joint lock. The goal is to get them to stop attacking you,” says Phogat.

“That’s when you can run to safety, or call for help. When the imminent threat is neutralised, that’s when you flee and leave a volatile situation. With martial arts, you can have this amazing ability to protect yourself and those around you.”