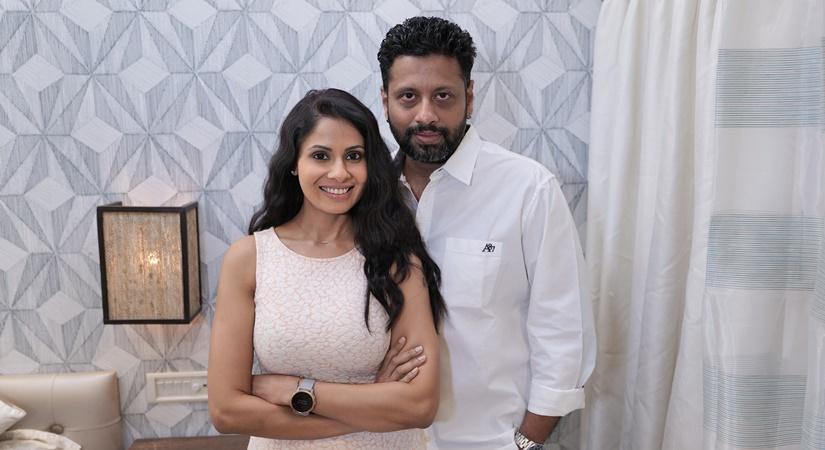 April 6, 2021 (IANSlife) Actress Chhavi Mittal, who broke her away from the silver screen to dive into the digital world six years ago, says “initially we had fellow industry veterans mocked us saying that shifting to digital content creation is a downgrade and we were probably out of work.”

Chhavi founded ‘Shitty Ideas Trending’ (SIT) in 2015 with her husband Mohit Hussein of 16 years now. SIT is a popular YouTube channel which focusses on the content based mostly on funny real life situations of a husband-wife relationship. It has over 1.85 million subscribers.

IANSlife spoke to Chhavi to discover the community she has is part of. Read excerpts:

How has your journey been till now?

Chhavi: We started six years ago with the need to do something out of the box - something the heart wants. We did not think of it as a business to begin with, and I think that became our strongest point. Mohit and I both feel that something which comes from the heart reaches the heart. Hence, we were able to instantly connect with our audience, and still continue to do so. The journey has been full of ups and downs, and new learnings along the way. The new tools that Facebook comes up with every now and then makes it impossible to become complacent and that becomes one of the most exciting part of the journey.

What was your inspiration begin with?

Chhavi: When we started, Mohit had been a film-maker and television director for almost 15-20 years, and I had been an actor for around 12-15 years. We wanted to break away from what we were doing at the time, and literally just wanted to float and experiment without putting too much thought into it. We felt that it was time to take our respective crafts to the next level, and to also finally create the content that we wanted to create, not what the networks decided for us.

We found freedom of expression in content creation. We pioneered content in the husband-wife relationship space and since a 100 percent of the people around the world have had some experience or the other in the dynamics of this relationship, our content flew from the very first video. And with virality as one of the best forms of addictions doing the rounds, the bug hit us quite early on!

What made you shift from the silver screen to the realm of digital video creators?

Chhavi: Like I mentioned earlier, it all began with the question, "what next?". But once the virality bug hit us, there was no turning back. Initially we had fellow industry veterans mock us saying that shifting to digital content creation is a downgrade and probably we're out of work now.

But slowly and surely when the videos started reaching out, we had the same people call us to ask us how we did it. And now of course you have the Netflix and the Amazons of the world in the same business. You know that it's no longer the future, it is the present. But I must mention that the popularity, the recognition and most importantly, the love that we receive on SIT, we did not receive in even the biggest of TV shows that we had both been a part of, respectively. While it is relatively easy for actors as they are visible on screen, for people like Mohit, who is behind the camera; to know that people know him by name as the creator of SIT just proves the power of digital media.

Given that you are also a part of Facebook’s ongoing ‘More Together’ campaign which focuses on the power of connections, how do you relate to it?

Chhavi: SIT is a combined effort. Mohit thinks of ideas and scripts, he picks the topics that we incorporate, we bring in actors and all of us collaborate to put into execution the script which is on paper. I think of ways to market it and drive engagement and curiosity around it. We all do our bit of sharing to help the content reach out. We sit down and brainstorm at times and the whole process is so therapeutic. I couldn't think of any other campaign where SIT fits so aptly.

How do you feel about the community that you are part of? How has it evolved with time?

Chhavi: Our community is our strength and that is what drives us day in and day out. We have a very immersive and a very loyal community who have been a part of our growth journey. We take their feedback very seriously, as they have been nothing but kind to us. From the time we began, the community was mostly newly married couples or couples in relationships, but now it seems as though their lives have moved forward with ours and now even the community is settled in their relationships, have kids, have settled jobs etc., just the way we have.

What were some of the challenges that you faced when you started, and how did you overcome them?

Chhavi: Well, the biggest challenge was generating revenue. We knew that we loved doing this. But, it was also a question of sustaining SIT by generating returns. The next big thing was understanding social media. We had never been active on any platform and this was all so new to us. We just kept the faith that if the videos are getting viral, it is only a matter of time before we find a way to monetize them. And platforms like Facebook are so user friendly that it is almost like somebody giving you a tutorial. We still continue to hit roadblocks now while thinking of novel ideas to script the next video, though. But we believe that we pull through each time.

People resorted to social videos for entertainment – what do you have to say to that?

Chhavi: When COVID hit, the first thing that worried us was that collective shoots were no longer possible. Which meant, it was just Mohit and I. Luckily for us, the two of us were able to pull through with content production. We own most of the equipment that is required, we write our content ourselves, and Mohit knows how to handle the camera and other technical aspects. So, we started shooting as a two man army.  Scripts were written with me as the solo actor, and we got other actors on the phone. We collaborated with a new member, who is our neighbor and roped her in as an actor. And when things started opening up a bit, one more crew member, Karan V Grover started coming home for shoots considering we all live in the same apartment complex.

The bigger challenge was the post production. Uploading of the footage on the servers and downloading by the editor who was working from home became very time consuming. Besides that, some of our other staff also quit. I would say COVID made us much more efficient in that sense because we learnt that the show must go on.

Has this journey affected your silver screen presence in any way?

Chhavi: It has only made it better in the sense that it has given us the power to choose what we want to do. There are still a lot of offers that pour in on a regular basis but somewhere to be able to choose to associate with the projects that resonate with us was never there before SIT happened. I think happiness is to be able to wake up and decide what you want to do every day. And that sort of happiness, we only experienced with SIT.