A Lit Fest with a difference 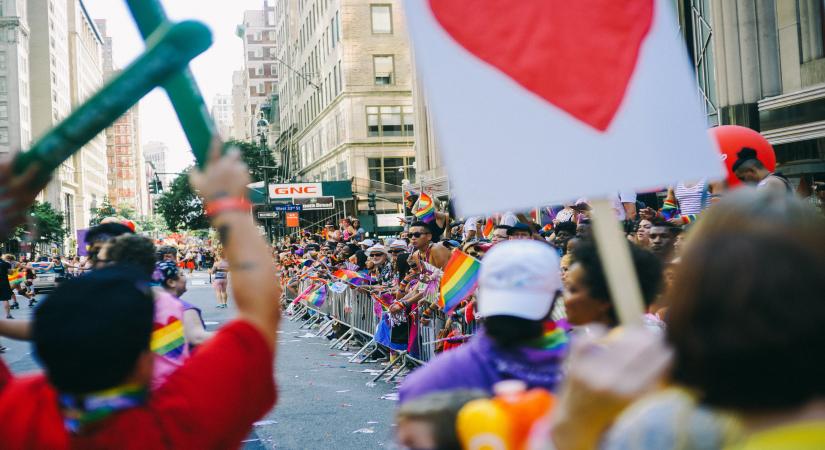 December 8, (IANSlife) Notable authors, filmmakers and activists have made their way to Delhi’s Gulmohar Park for a first-of-its-kind inclusive literature festival. Devdutt Pattnaik, Nandita Das, Nemat Sadat and Onir, among several other distinguished personalities are holding panel discussions and talks interspersed with screenings of iconic films.

Sitting at the intersection of the alternative and mainstream, The Rainbow Lit Fest will witness a beautiful amalgamation of different forms of expression where over 70 exponents of prose, poetry, art, music, dance and cinema will come together over two days.

IANSlife interviewed a few of the speakers present to understand their perspective on inclusiveness for the LGBTQ community in India, first amongst them is Ayushman Aishwarya.

Ayushmaan is a human rights lawyer who performs as his drag avatar, Lush Monsoon, and has been featured in leading media publications, including the BBC, ‘Harper's Bazaar’, ‘Cosmopolitan’, and ‘Vogue’, among several others. Known for his unique style of performance which mixes drag, fashion, and, theater, he has hosted the Drag Queen Story Hour for children and has also been involved in gender and sexuality sensitization and training.

Do you find it a tough to balance your legal persona and your drag avatar; and more importantly do you feel others find it difficult to accept you as both.

Ayushmaan: In the beginning it was difficult because I was keeping my drag avatar a secret. I was scared I wouldn’t be taken seriously at work if people knew I was queer and I might also face harassment and bullying. But with time it got better. Some of my colleagues found out about my drag avatar through media reports and have been very supportive, even coming to my shows. There are others who still don’t know about Lush Monsoon. Some people do find it difficult to accept me as both because they are used to one version of me, and they are unable to come to terms with my drag persona. Most people are still getting used to out and proud queer people and the shock is more when it comes to trans persons and drag queens.

You have a unique style which mixes drag and theater, do you think Indian audiences haven't evolved to accept this?
Ayushmaan: I think the Indian audience is ready to accept drag but most people are not aware of it. I have performed at venues where the audience did not know what a drag queen was but after watching the show, they have loved the concept. Drag has always existed in Indian culture in different forms, but it has not received much visibility. So, if the mainstream media showcases the art form of drag I am sure Indian audiences will love and accept it.

As a lawyer do you feel discriminated against in your field and how open is the legal system with regards to inclusivity?
Ayushmaan: - In my experience, the legal space is dominantly hyper-masculine and hetero-normative which can make it difficult for people who are different to fit in. Law is considered a ‘serious’ profession, and masculinity is taken more seriously in our society. So, anybody who is not masculine struggles to fit in and make their mark. After the reading down of Section 377, there are more openly queer lawyers but overall, it is still not as inclusive as some other spaces.

Do you think the need of the hour is gender sensitizing at the primary and secondary education level so that the world can be a kinder place in the future?
Ayushmaan: Yes, absolutely. Children at a very young age can be bullies and mean to other children who are different and continue to do so when they grow up. That’s why it is important to show them at the primary and secondary level that there are different kinds of people in the world and to be accepting to all. When I conduct the drag queen story hour, children are the most open and accepting and they ask me all sorts of questions to help them understand me better. If children learn the importance of kindness towards everyone, then the world will be a better place.