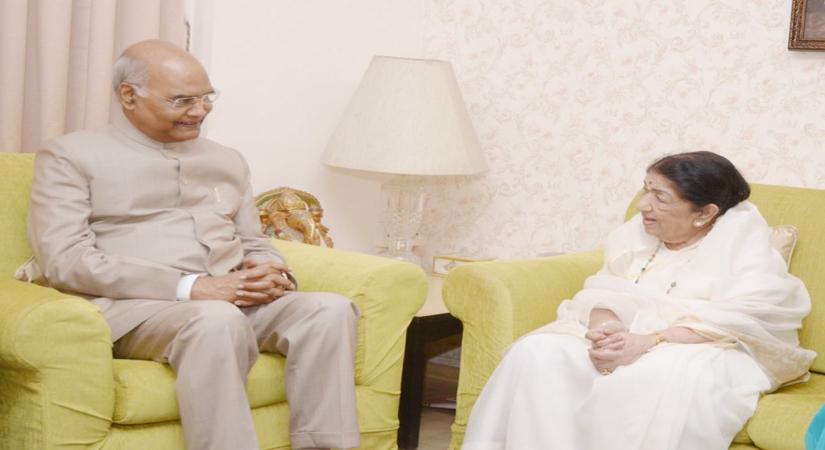 Mumbai, Aug 18 (IANS) President Ram Nath Kovind has met Lata Mangeshkar at her residence here. The legendary singer said that she felt deeply honoured and humbled by the President's visit.

Lata Mangeshkar on Sunday took to Twitter, where she shared a candid photograph of herself chatting with the President.

"Namaskar, was deeply honoured and humbled when the President of our country, Shri Ram Nath Kovindji, so gracefully came and met me at my residence. I stand in gratitude. Sir, you make us proud!" she captioned the image.

Lata Mangeshkar is one of the best known and most respected playback singers in India. She has recorded songs in over a thousand Hindi films. The Dadasaheb Phalke Award was bestowed on her in 1989 by the Government of India.

In 2001, in recognition of her contributions to the nation, she was awarded the Bharat Ratna, India's highest civilian honour.