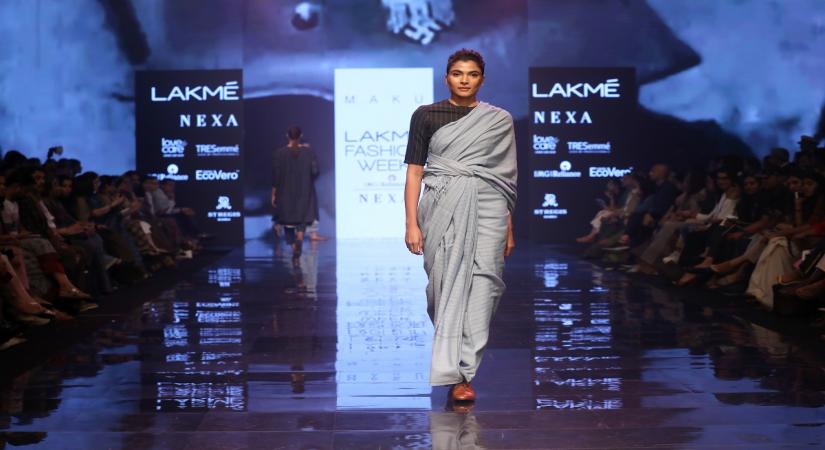 "In a time when the world is moving towards automation, khadi is one of the few handcrafted products. In the future, only khadi will survive and nothing else," Saxena said at the Lakme Fashion Week Winter/Festive edition being held here.

Saxena said that the khadi industry has seen an average growth of 28 per cent in the last four years as compared to the growth rate of 6.18 per cent in 2004-2014.

"Cloth mills are producing 12,000 metres in a day but khadi which is handspun is produced only 12 metres. Despite that, from Rs 889 crore turnover in 2004-2014, we have reached Rs 3,215 crore turnover in just four years. There has also been a change in the production pattern. Till 2014, the total production of khadi was 103. 66 million square metre but in four years we have jumped 70 per cent," he told IANS.

To protect khadi which is a "heritage" of India, many designers have come on board and joined the movement, he said, which will make the industry thrive in future. Expanding the colour palette, westernizing the cuts, and creating new trends in itself, the Khadi fabric has transcended itself as a sustainable fabric of the Future, he said.

"Khadi has become a stylish narrative that is now popularly embraced by designers. A versatile fashion fabric, khadi has been used as a tool to navigate India through its hard-won independence.

(Puja Gupta can be contacted at puja.g@ians.in)