India has been poster child for IMF, says new book 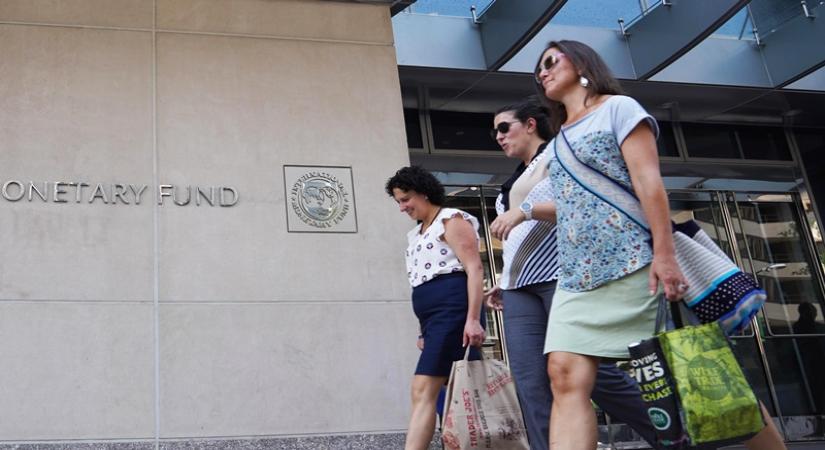 New Delhi, Sep 1 (IANS) India has been a "poster child" for the International Monetary Fund (IMF), as all of the three IMF programmes in India were seamlessly implemented, and the moneys were repaid on time, says a new book on Indias relations with the Bretton Woods institution.

"We are a major player, and a founder member of the Fund. And we bring in a lot of credibility," says V. Srinivas, Additional Secretary, Department of Administrative Reforms & Public Grievances (DARPG).

In his book, "India's Relations with IMF: 25 Years In Perspective - 1991-2016", the author has detailed many of the interactions between India and the IMF.

Srinivas, who served as Advisor to Executive Director in the IMF from 2003 to 2006 and represented India on the IMF Executive Board in 500 meetings, says: "The IMF is the world's lender of last resort, its approach is multilateral, multicultural, multi-ethnic and above all highly professional - the collective intellectual firepower of macroeconomists the IMF carries is unmatched by any organisation in the world".

India is an original member of the IMF. In 1944, India was represented at the Bretton Woods Conference by a six-member team led by Finance Minister Sir Jeremy Raisman, the Governor of the Reserve Bank of India, Sir C.D. Deshmukh, and A.D. Shroff. "It was felt that India should lend its support to an institution, which was intended to put an end to the disastrous practices of competitive depreciation of currencies by establishing exchange rates. India's quota was the 5th largest in 1945," says Srinivas.

"We have had excellent relations with IMF for a nation in South Asia, considering that its relations with Southeast Asian nations like Malaysia and Thailand were extremely bitter. Post the 1997 Asian financial crisis, these nations felt the fund was extremely tough on them in pushing reforms. They felt the hardships put on their citizens was extremely hard," Srinivas told IANS.

"During all three programmes we've had cordial and constructive relations with the Fund, except in the first one when the aid took some time to materialise.

"In the current context, we are a donor country to IMF, we have the eighth largest quota. Our financial integration with the world is quite rapid in that we have one of the largest financial sectors of the world, and it needs to open up some more," he adds.

Following the 2008-10 global crisis, which the Fund never saw coming, it has now strengthened its ability to predict a financial crisis. "It has strengthened its surveillance tool kit by enhancing multilateral surveillances, enhancing their spill-over reports, it has started addressing issues for international global collaboration through increased financial sector oversight," he added.

"The subject of my book is that multilateralism is very much relevant, and India is a key player in enhancing global multilateralism. And we need a lender of the last resort, at a time of competitive exchange rates. The IMF should strengthen its surveillance practices to predict prices better and improve its tool kit so that the Fund's conditionality should not cause enormous suffering and social sector dislocation.

"There is also a full chapter on how China has risen. Earlier, China was voting slightly more than us. We were voting 2.11, and they were voting 2.38 - according to the terms of quota. Now they are voting at over 6 per cent, they are the third largest, that is a significant jump. The rise of China in the global economy is a significant change," the author said.

"India would continue to play a very critical role, and continue to be a voice for developing countries of the world from emerging market economies, and as a democracy with a very vibrant financial sector and significant economy," Srinivas added.

India has the unique distinction of a number of staff exchanges with the IMF. Several Chief Economic Advisors of India have been IMF staffers, among them are Ashok Lahiri, Raghuram Rajan, Arvind Subramanyam.

"One of the major reasons for the seamless implementation of the 1991 program was the synergy between India's top bureaucracy and the IMF staff. There was an intellectual convergence of ideas on structural reforms and Fund conditionality," he added.

Other Indians who reached high positions in the IMF include Shailendra Anjaria, Anoop Singh, Sidharth Tiwary, Kalpana Kochar, Ratna Sahay and several others. In the Independent Evaluation Office, Montek Singh Ahluwalia served as Director. A few of the Indians returned to serve in the Ministry of Finance.

The book, published by the Indian Council of World Affairs and Vij Books, has a foreword by Y.V. Reddy, former RBI Governor and Chairman of the 14th Finance Commission. The book was released by present RBI Governor Shaktikanta Das.