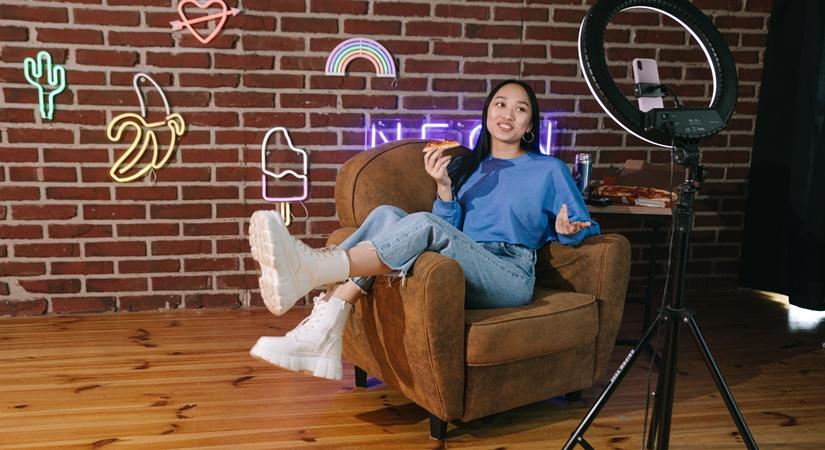 Many influencers have already turned into micro-celebrities at regional levels

September 29, 2021 (IANSlife) Doing business directly with end consumers is undoubtedly the best possible proposition for any business, and that explains the surge in the number of D2C brands across different industries and verticals in the recent past. It's almost a phenomenon with the outbreak of pandemic, as the whole supply chain came to a complete standstill.

A number of D2C brands have grown exponentially and a major enabler in their growth journey has been endorsements by celebrities and influencers at the macro as well as micro levels. There are no qualms that as a digital marketing tool, celebrity and influencer marketing is a game-changer for D2C brands, owing to their direct bond and connection with the end consumers.

“Influencer and celebrity marketing has grown to be a very effective medium to connect with the masses. The most propelling factor behind it is the psyche of us humans to connect and relate more with someone we know. We have been working with some big celebrities like Neena Gupta, Divya Dutta, Gauahar Khan, Tisca Chopra, Rupali Ganguly and Rubina Dilaik, among others, along with a pool of nearly 5,000 micro and macro influencers,” says Dr Himanshu Gandhi, co-founder and CEO of baby and mother care brand Mother Sparsh, which has apparently invested diligently in the tool.

When asked as to how exactly they measure the outcomes of such engagements with celebs and influencers, he said that “opting for this route has added significantly to our growth as a D2C brand. The correlation that we have noted is that a push toward influencer and celebrity marketing results in a surge in website growth. Over the past three months, we have clocked a three-time spike in our website sales and we cannot ignore the fact that during this period we have worked with some of the most eminent names”.

Another aspect of celebrity marketing is a long-term engagement with one celeb in the form of a brand ambassador. Herein, the attempt is to reach out to larger masses, rather than a niche and a reputation is built for the brand in sync with the widespread acceptance of the celeb. Fire-Boltt, which as per the latest IDC report is one of the three homegrown brands driving the Indian wearable market, earlier this year onboarded popular Bollywood actor Vicky Kaushal as its brand ambassador.

Arnav Kishore, the company’s co-founder says, “Having a celebrity or known face associated with the brand adds a sense of aspiration toward the product or service being offered. These celebs, who many people follow as a role model and idolize, directly or indirectly tend to influence the buyer decision majorly.”

“However, if one aims to grow in the D2C space, it is very important that the celebrity brought onboard synchronizes with the brand ethos. When we signed Vicky Kaushal as our brand ambassador, the decision was driven majorly by the coherence we see in his persona and our brand philosophy. The dynamism, energy and the ‘Josh’ of the two combined, reaffirming our position as a leading D2C brand in the Indian wearable space. If done the right way, influencer and celebrity marketing can prove to be a real game-changer for D2C brands,” he added.

While the perspective stands explained and the whole pool of D2C brands are vying for this route, what exactly should be the differentiator? “When it comes to reaching out to the target audience for any brand, more often than not the influencers or creators relevant for the campaign are divided across different geographies, languages and platforms. While brands are constantly on the lookout for the perfect fit of celebrity or influencer, they should not restrict their outreach in terms of platform or language barriers,” says Prerna Goel, co-founder of WhizCo, an influencer and talent management platform that recently tied up with leading Indian short video app Josh for influencer management and workshop for micro and macro creators.

Asserting the significance of connecting with end consumers divided across region and language lines, she further says, “It assumes even more significance for ones that intend to make it big as D2C brand, as they cannot ignore the virtue of connecting with the consumer at a regional level, and there can be no better alternative than an engaging diverse set of creators or influencers. The reality cannot be ignored that many of these influencers have already turned into micro-celebrities at regional levels and they can impact consumers’ decision at times more than a known celebrity.”