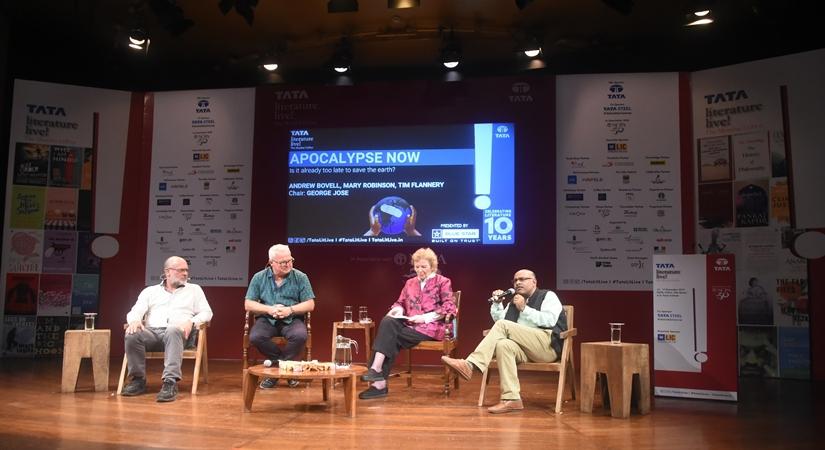 Teenage climate activists are up in arms, and the former president of Ireland, Mary Robinson, feels it's act of climate injustice towards them

November 20, 2019 (IANSlife) Mary Robinson, the first woman President of Ireland and former UN High Commissioner for Human Rights, believes that the climate crisis has served an injustice to poor countries and communities; it now goes further to wrong children.

Robinson, who held office in Ireland from 1990-1997, was at the Tata Literature Live! The Mumbai Litfest last week; and here, as on many other occasions she reiterated that climate crisis and climate injustice as opposed to climate change.

“I think language is important. For long, we spoke about climate change which many people saw as melting glaciers sometime in the future -- which has nothing to do with people. Whereas, if we say crisis, it involves us and if we say justice, it involves human beings in a particular way of acute injustice.

“The poorest countries, communities and indigenous people are suffering the most and they have not created these emissions. Now we have a different injustice, the intergenerational one that children are telling us about. (They say) ‘It is not fair that I’m not going to have a safe world to grow up in’, and that’s a very telling point to make to any parent,” Robinson, 75, told IANSlife.

She added that she hopes we would listen to the children.

Talking further about the teenage climate activists of the world, Robinson said that she admires Greta Thunberg and other children who are following her.

“They are saying don’t listen to us as children, listen to the science. Young people now understand that maybe that they have to be disruptive in some way but they’re aware that disruptive has to be people-approved,” she said.