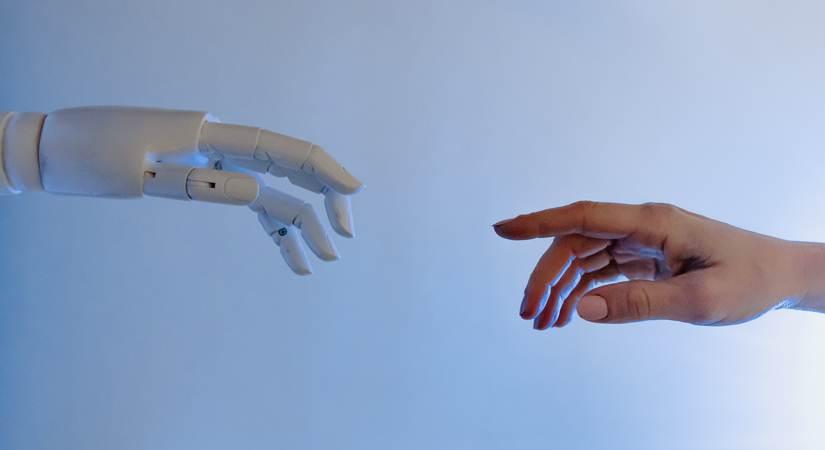 There are some jobs that only humans are capable of performing

June 04, 2022 (IANSlife) You've probably heard for years that the workforce would be supplanted by robots. AI has changed several roles, such as using self-checkouts, ATMs, and customer support chatbots. The goal is not to scare people, but to highlight the fact that AI is constantly altering lives and executing activities to replace the human workforce. At the same time, technological advancements are producing new career prospects. AI is predicted to increase the demand for professionals, particularly in robotics and software engineering. As a result, AI has the potential to eliminate millions of current occupations while also creating millions of new ones.

Among the many concerns that AI raises is the possibility of wiping out a large portion of the human workforce by eliminating the need for manual labour. But it will simultaneously liberate humans from having to perform tedious, repetitive tasks, allowing them to focus on more complex and rewarding projects—or simply take some much-needed time off.

According to a McKinsey report, depending on the adoption scenario, automation will displace between 400 and 800 million jobs by 2030, requiring up to 375 million people to change job categories entirely.

These figures can make people feel uneasy and anxious about the future. However, history suggests that this may not be the case; there is no question that some industries will be transformed to the point where they no longer require human labour, leading toward job redefinition and business process reform. For eg, the diagnosis of many health issues could be effectively automated, making doctors focus on other major issues that need their attention. In terms of replacing humans completely, human labour is and will continue to be necessary for the foreseeable future.

Though the potential of AI is unimaginable it is also restricted. While it is apparent that AI will dominate the professional world on many levels. However, there can be no denial that as advanced as AI may be, it can and never will be able to replicate human consciousness that reinforces the human beings’ position at the top of the food chain.

Until now, we are talking about the jobs that can be snatched as technology advances but then, the human aspects of work cannot be replaced. Let’s focus on something that they cannot do. There are some jobs that only humans are capable of performing.

There are jobs that require creation, conceptualization, complex strategic planning, and dealing with unknown spaces and feelings or emotional interactions that are way beyond the expertise of an AI as of now. Let’s now talk about certain skills that are irreplaceable till the human race exist.

1.  Empathy is unique to humans - Some may argue that animals show empathy as well, but they are not the ones taking over the jobs. Humans, unlike programmed software designed to produce a specific result, are capable of feeling emotions. It may seem contradictory, but the personal affinity between a person and an organisation is the foundation of a professional relationship. Humans need a personal connection that extends beyond the professional realm to develop trust and human connection, something that bot technology completely lacks.

2.  Emotional Intelligence - Though accurate, the AI is not intuitive, or culturally sensitive because that's a human trait. No matter how accurately it is programmed to carry out a task, it cannot possess the human ability to adjust to the algorithm of human intellect. For instance, reading into the situation or the face of another human. It lacks emotional intellect which makes humans capable of understanding and handling an interaction that needs emotional communication. Exactly during your customer care service, one would always prefer a human interaction to read and understand the situation than an automated machine that cannot work or help beyond the programming.

3.  Creativity- Perk of being human - AI can improve productivity and efficiency by reducing errors and repetition and replacing manual jobs with intelligent automated solutions, but it cannot comprehend human psychology. Furthermore, as the world becomes more AI-enabled, humans will be able to take on increasingly innovative tasks.

4. Problem-solving outside a code - Humans can deal with unexpected uncertainty by analysing the situation; like critical thinking during complex scenarios, and adopting creative tactics. Unlike humans, who may function under a variety of obstacles and settings, AI-powered devices cannot perform beyond their function, may be far in the future but not in the foreseeable one.

There is not even the slightest doubt that AI will not drive the future. To make AI work, humans need to be creative, insightful, and contextually aware. The reason for this is straightforward: humans will continue to provide value that machines cannot duplicate.