3 South Africa Inspired Activities to Bond Over in 2021 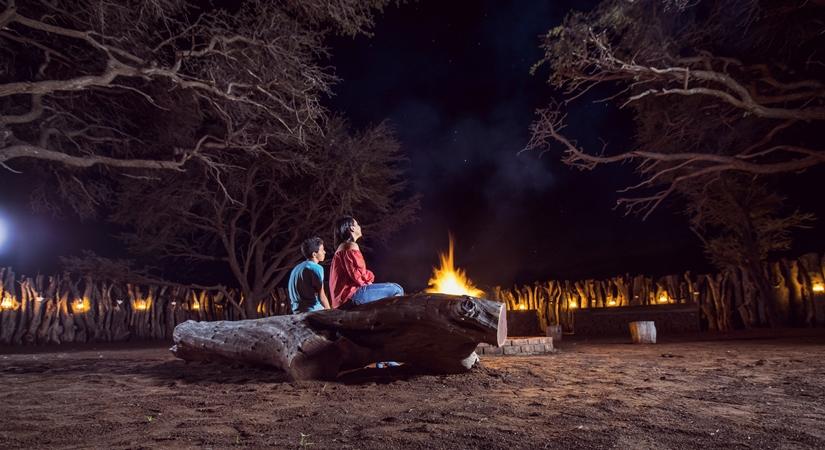 Running out of ideas to keep your young ones engaged?

January 26, 2021 (IANSlife) The pandemic has normalised work-from-home and study-from-home scenarios, leading to increased face time between parents and children in the new year. While both parents and children benefit from this time together, it can be increasingly challenging to drum up tasks to keep children occupied and engaged, as parents seek to complete work-related tasks.

The Rainbow Nation of South Africa has always been immensely popular with Indian parents, especially as the destination offers safe, entertaining and educative experiences for all age groups. Usher in 2021 with South Africa-inspired activities to keep the little ones occupied and engaged, right inside your homes.

While South Africa’s delicious signature dish – the Bunny Chow (also simply known as the ‘bunny’) is widely known in in the Rainbow Nation, very few Indians know about it.

A curry lover’s answer to a lunch box, the dish consists of a hollowed-out loaf of white bread – basically a bread bowl – filled with meat or vegetable curry. It is often served with a side of grated carrot, chilli and onion salad. The curry is a thick homage to home-cooked stews, lightly flavoured with Indian spices such as coriander, turmeric, and cumin. While traditionally the curry was made of vegetables or beans, today there are several non-vegetarian takes on the original.

A bunny chow prepared in quarter, half, or full sizes, and is usually eaten with fingers by tearing off pieces from the top or sides and dipping it into the curry.

With DIY recipes easily available on YouTube – this is one great activity to bond over! It also comes with a good dose of colonial history for those interested in learning about origins of dishes.

Virtual safaris prove to be an excellent channel as they not only entertain and amaze, but also educate – and are hence a huge hit with parents who otherwise sought out edutaining summer vacations/ camps for their children.

One such popular game reserve offering virtual safaris is the South African Shamwari Game Reserve. This 5-star-lodge that stretches along the Bushman's River is based in the Eastern Cape, which was home to the great Nelson Mandela. Wrapped in settler history, this award-winning game reserve is known for its quality of game sightings, and is now bringing safaris into homes with the Head Ranger.

Andrew Kearney, Head Ranger, invites audiences to join him on his daily virtual game drives through the #LockdownSeries, that is published on their YouTube channel. The veteran ranger delivers a range of information – from the basics of tracking and identifying wildlife footprints to masterclasses on giraffes and interesting trivia on the indigenous flora and fauna species found on the reserve.

Activity 3: Visit a World Heritage site and get to learn about the Gandhi-inspired Nelson Mandela

Nelson Mandela spent 18 immensely challenging years in prison on this little island situated less than 5 miles off the coast of Cape Town and yet emerged from it filled with forgiveness instead of hatred. Robben Island is now a World Heritage site and museum. Although from the 17th to the 20th century the island was a place of imprisonment – today it is a beacon of hope and a place where visitors can gain some insight into the life and times of Nelson Mandela and fellow freedom fighters.

Google offers a narrated tour – complete with a visit to Mandela’s 6.5 x 6.5 foot cell – led by Vusumsi Mcongo, an anti-Apartheid activist who was imprisoned on Robben Island from 1978-1990.