The Inanda Valley in Durban 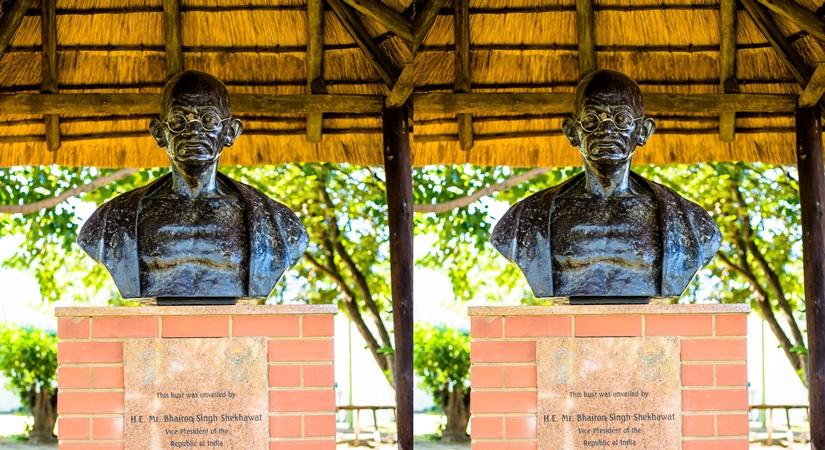 September 23, 2022 (IANSlife) Besides stunning beaches, adventure activities, street markets, delectable Bunny Chows, and botanical gardens, the city of Durban is also known for its historical importance. The eThekwini Inanda Heritage Route in the Inanda Valley, located in north Durban, gives travelers a chance to explore the noteworthy historic legacy that shaped the future of South Africa. The Inanda Heritage Trail houses some very critical components of not just South African history but of India’s past too. So much so that, Inanda is widely dubbed the ‘cradle of South African democracy.'

The Inanda valley witnessed some great historical moments as two of the world’s greatest leaders – Nelson Mandela and Mahatma Gandhi, fought for equality, justice and peace in its front yard. From this valley, Nelson Mandela cast the first vote as a black person in South Africa’s first democratic elections. The famous satyagraha movement by Gandhi was conceptualized here as well.

With a fascinating past, the Inanda Heritage Tour is sure to awaken the history buff within you. The tour also provides insights into the rich culture and beliefs held by local Durban communities.

The trail starts at this settlement. Situated 20 kilometers north of Durban, it was founded by Gandhi in 1904. He stayed here and published his weekly ‘Indian Opinion’ newspaper until its closure in 1961. The settlement is on a 100-acre farm that currently consists of Gandhi’s house ‘Sarvodaya’ where he lived with his family, the printing press building from where he published the weekly, his son Manilal’s house, and Phoenix Interpretation Centre where lectures are still delivered. It was here that he published his first book – Indian Home Rule. The settlement that used to have clinics, schools, and homes, has emerged to become a symbol of self-reliance, labor, and simple communal life. It was also an important resistance site during the apartheid era in South Africa, as activists from all over the country gathered here.

Opened in 1901, Ohlange Institute was the first Black-controlled institution in South Africa at a time when it was believed that Black people could not develop or manage institutions of their own. It was built by John Dube, the founding President of the current governing party – the African National Congress (ANC). In the first democratic elections of South Africa, Mandela cast his first vote ever from this Institute’s chapel. He traveled all the way from Pretoria to cast this historic vote. Needless to say, Ohlange Institute is one of the most prominent stops on the Inanda trail.

Inanda Seminary for Girls was the first and only school for Black girls in South Africa. Today, it is the oldest boarding school for girls in the country. It was one of the few mission schools in South Africa that remained independent throughout the apartheid years. A missionary couple to South Africa built the seminary for girls so that they could also be educated. Today, the school is functional with a beautiful old building and gardens. It also has a well-maintained museum and archive.

If you love history and culture, the Shembe settlements are a must-visit. Shembe is a homegrown South African faith and the Shembe church is one of the most prominent African churches. Ekuphakameni has the original Shembe temple built in 1918 by volunteers, while the Shembe International Church is situated in Ebuhleni. Every year in January, thousands of believers visit Ebuhleni for the annual pilgrimage to a holy mountain and again in July for a festival.

The route also includes a sacred waterfall, used for religious purposes such as baptism ceremonies at Ibandla LamaNazaretha (the Nazareth Baptist Church). At the base of the cliff are Rasta Caves which have rock houses. These rock houses are home to a community called Rastafarians who live and practice a peaceful way of life near the foot of these falls. Visit these falls to get a deeper insight into their cultural practices.

This dam is an important water reservoir in the eThekwini area. Regular bass fishing competitions have been held at the dam since 1998. The canoeists who take part in the annual Dusi canoe marathon, camp at Inanda before continuing their journey. A Jazz Festival – featuring local music – also takes place in this region. An archaeological excavation before the dam was constructed, unearthed many artifacts that date back to the Stone Age and shine light upon the history of the country. Today, several guest houses and resorts are available near the dam. Zebras can also be spotted grazing along the shore. The dam is now known for water sports, camping, picnicking, boating, and other recreational activities.

Inanda’s historic route acknowledges and celebrates the leaders of the struggle against apartheid. Often overlooked, this place is truly an icon of the country’s freedom struggle.