A Royal Dining Experience at home 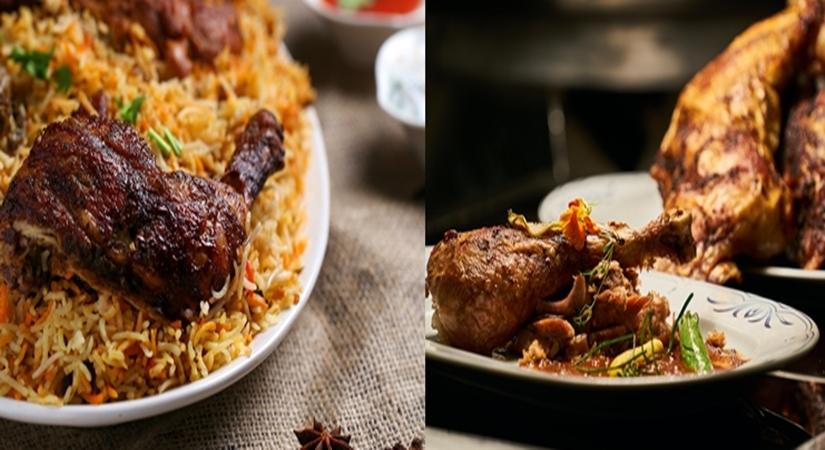 January 15, 2022 (IANSlife) The mindset and values that grew Karim's from a tiny cafe to a big culinary empire were: 'I want to achieve fame and money by serving royal food to the average man.' Haji Karimuddin's idea of bringing the experience of royal eating to the average man led to the establishment of Karim's in Gali Kababian, Jama Masjid, Delhi, in 1913.

The journey of this rich cultural ensemble dates back to the time when Haji Karimuddin was a royal chef par excellence for Bahadur Shah Zafar during the Mughal Era. Post the exit of the Mughal Dynasty, Karimuddin came back to his hometown, Farak Nagar, and was determined to bring the rich savoury flavours of the Mughal cuisine to the roots of the country. With such a diverse cultural culinary palate in his blood, he began as a small seller near the Red Fort and discovered his passion for serving royal delicacies to the common man.

He was determined to build on his vision of owning a culinary legacy and sold off all the precious gifts and charms he had been rewarded with during his tenure with the Mughal Dynasty and purchased and set the first stone of Karim’s empire with a small establishment in the footnotes of the Capital in 1913. Since then, generations after generations have been upholding the traditions of this Mughal marvel, working towards taking his legacy forward by serving royal food to the common man.

Today, the fourth generation is running the show and has lived by the same legacy for over 108 years. The core of this patronage for authentic Mughlai food is built on the mantra of quality and consistency, and takes pride that nothing has changed since the day Karim’s was born. However, keeping up with the modern taste palettes of their customers, Karim's has taken the menu through different regions of the country and added the taste of local dishes, such as in Calcutta, signature dishes.

While making their mark in the food and hospitality industry, Karim’s aims to nurture the heritage of serving food from the Mughal Dynasty. The brand was created for the common man, and generations have worked hard to maintain and preserve the beliefs. Karim's is looking forward to expanding their foothold through the franchising route, and the key is to make people embrace the royal and deliciously historic cuisine from the Mugla era. The chain opened its first branch in the 1990s in Nizamuddin West, followed by Kailash Colony, Noida, Gurgaon, Kamla Nagar, Dwarka, Delhi and throughout the Delhi NCR region. As a way forward for the future, the brand is looking forward to a mix of company-owned and company-operated outlets along with franchise-owned and company-operated outlets. It currently serves more than 50 outlets, with plans to expand globally in the coming years.