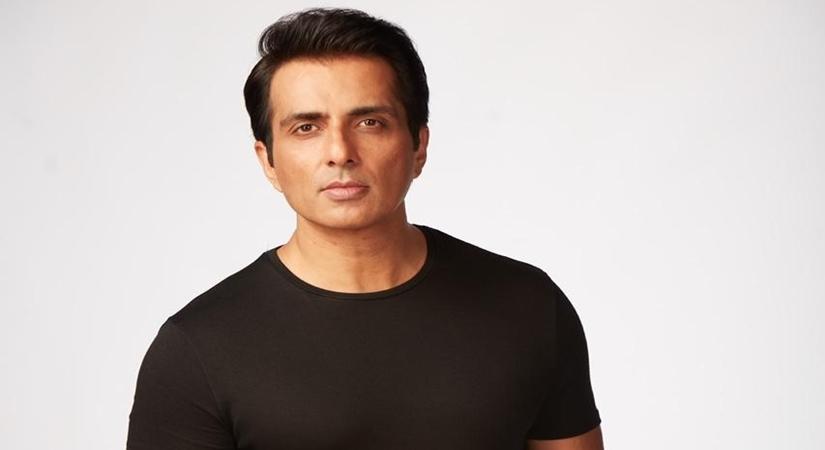 September 30, 2020 (IANSlife) Actor Sonu Sood, much in the limelight for the charity work he has been doing during the lockdown, especially in facilitating transport for migrant workers to their native places during the initial days (of the lockdown) is clear that entering politics is nowhere on the horizon for him.

“My hands are full as an actor. Besides that, I am doing a lot of charity work, which takes a lot of attention and time. So, politics just does not figure anywhere right now. Of course, I have no clue what destiny has in store for me after 10 years,” he tells IANS.

The idea of arranging transportation for migrants came to the actor while he was distributing food packets to migrants during the first few days of the lockdown. When he  came across a family with kids who wanted food for 10 days as they were all set to walk to native Bangalore, Sood told them that he would try getting permission for a transport so they do not have to walk. “I could manage to send 350 people that time. That was the trigger point. I realised I could send back more people who were planning to walk in absence of any transportation. There was no looking back after that,” says Sood, who managed to arrange conveyance for thousands of people back to their homes everyday.

While he has been busy with social work all these months, scripts have been piling up on his table. And interestingly, the roles he is being offered now are mostly larger than life. “Yes, the whole perception has changed -- the way people want to see and portray me. I can see the change and need to choose the right scripts, and something magical is bound to happen,” he smiles.

But the actor does not really seem to be in a hurry when it comes to movies. He has told his producers to give him some more time so he can concentrate on the charity work. “Believe me when I say it, the kind of unexplainable satisfaction that I am deriving from helping out people is much larger than the one that may come from being a part of a 100 crore film.”

At present shooting for two movies down south and one with Yashraj -- ‘Prithviraj’,  for which he will commence shooting next week, Sood is now looking for more empathetic roles. “Ones that project that contributing towards a greater good promises a lot of satisfaction,”he says.

Excited about the kind of content and treatment one gets to see on OTT platforms, Sood is waiting for the right story and role to become a part of the digital revolution. “Some phenomenal work is being done. ‘Story’ has assumed an altogether new avatar. I see a completely new vision emerging.These are exciting times and the audience is getting to explore completely new metaphors of entertainment. Obviously, this has also meant that writers, directors and actors are getting more work. I am so happy that the digital mediums have given a completely new dimension to audio-visual entertainment.”

Talking about his latest ILAAJ India initiative to extend support for the medical care and treatment of the children, for which he has associated with Ketto, the actor says, “An estimated eight lakh children died in 2019, more than in any other country. The inadequate number of government hospitals and the limited coverage of health insurance force people to incur heavy out-of- pocket expenses for availing private healthcare services.”

Adding that the ILAAJ India helpline number will enable patients with financial aid for their medical treatment and surgeries. Patients who require to undergo any medical treatment, transplant, or critical surgeries can give a missed call (on 02067083686) and the Ketto team will reach out to the patients for the next steps. This initiative initiative has been launched with an endeavour towards bridging the affordability gap and making quality health care accessible to all.”