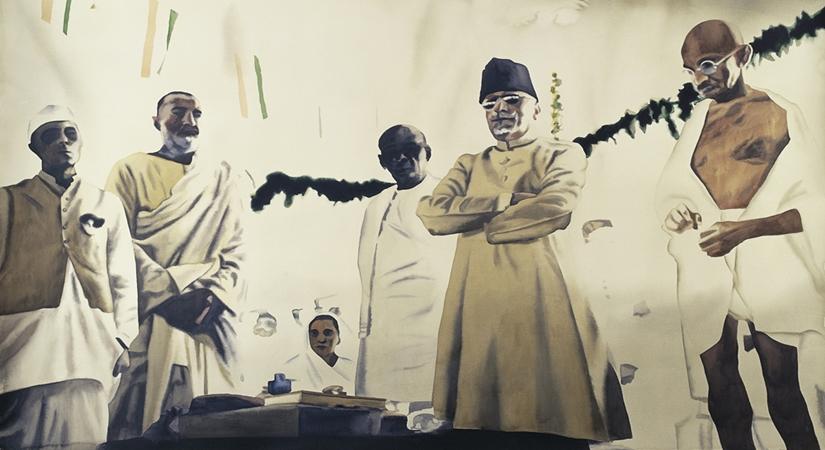 September 30, 2020 (IANSlife) The last two months have been hectic, and a great change from the suffocating stillness of the initial days of the lockdown. Having painted more than 200 works, and counting, Mumbai-based artist Atul Dodiya is happy that many new experiences and revelations are happening in his work. “I am doing small-scale watercolours as the medium allows one much freedom. I can take the colours and pads home and continue working. Oil can be quite demanding in many ways,” he says.

For someone who has always worked instinctively with spontaneous responses to the formal aspect of painting, Dodiya, whose latest works  show solitary figures, not necessarily happy ones amidst landscapes, does not see much sense in trying to analyse and critically assess his work at the moment. “Right now, I am so engrossed and engaged that I am trying not to think. Yes, in these works, there is our relationship with nature, world, climate and how we take things for granted -- life and whatever is around. There is an undercurrent of painful events -- passing away of people owing to the pandemic; the tragedy of migrants walking home --- everything is in the back of my mind. But maybe, after six months, I will see them in a different light,” says Dodiya, whose works, a collection of recent small-scale oil paintings, some of which are being exhibited for the first time, are being presented by Vadehra Art Gallery in the fourth edition of 'Art In Touch'.

Born, studied and living in Mumbai, the artist says that the city never ceases to fascinate him, even after so many years. Based in Ghatkopar, a suburb in eastern Mumbai, he feels that the physical space has majorly influenced his thinking. “I think that would hold true for any metropolis where you are bombarded by diverse elements  simultaneously in terms of imagery, sound, visual experience and smell. People from across the country come here and call it home, ensuring that living here becomes a novel experience for everyone. Though I was painting city-scapes even before leaving for Paris as a French government scholar in 1991-92, on returning, the realisation how our cities are different from European ones hit me hard. This diversity, if you allow it to translate in your work, brings a certain conflict within a painting where certain things and completely unrelated elements come together...”

Adding that riots, curfews, shops burning, and also happiness, not to mention popular culture and Bollywood with a merger of pity, humour, irony and critical comment makes an ‘image’, not easy to define, the artist says, “ Mumbai is crowded, beautiful and ugly. And then there is the sea.... All this has always stayed with me, every moment.”

An artist for whom a good viewer is indispensable, Dodiya says that he loves to share what he is doing with family, friends, neighbours, the art community, and the bigger audience. “That is the reason we exhibit. Art is not just for sale. It’s essentially sharing,” he adds.

As the conversation veers towards modern art and the general apprehension that it is hard to decipher, unlike say landscapes and portraits, Dodiya feels that it is his responsibility as an artist to acquaint people with modern art. “If they see things which are recognisable and familiar, they feel good -- we know that,” says the artist who, among other works has created ‘Sunday Morning -- Marine Drive’ and ‘Dr Patel's Clinic — Lamington Road’.

A film buff who brings motifs from that world to comment on the socio-political realities of contemporary times, Dodiya, who has rediscovered Radio Ceylon remembers that at the age of 12, he was confused whether he should aim to be a painter or a filmmaker. “I was floored by Satyajit Ray, the European New Wave and Japanese cinema. Popular Bollywood imagery provides the element of humour which I bring in my work. As soon as you see Sridevi or Pran in my painting, you smile. I believe in hybrid experiences and particularly like when people are baffled. They spend more time with the work, like wondering -- why are Hrithik Roshan, Gandhi, Mohammed Rafi, Johnny Walker, Ambedkar, Lord Krishna and Saint Francis all together in one frame? I am a great admirer of miniature paintings, and also early Renaissance paintings of the 15 th century. I refuse to have a singular approach and crave for attempting new things, which definitely means taking risks,” says the artist who keeps changing his mediums -- from small scale water colours to very large works in oil, roller shutters, cabinets with objects, and paintings with photographs put together.

Talk to him about the more than 200 paintings he did on Gandhi, and Dodiya remembers that when he returned from Paris in 1992, the Babri Masjid was demolished, there were riots and serial bomb blasts rocked the city. “But I continued with my work. One can respond immediately, but sometimes you need time to digest things that engulf you. It took me almost four-five years to come to terms with that period. In 1997, when India was celebrating 50 yrs of independence, artists were invited for many shows. Now, Gandhi is everywhere -- in currency notes,  government offices and schools, but what about his ideology of non violence? I did one painting ‘Lamentation’, though the event was of celebration. Later I thought one or two paintings were not sufficient.”

Preferring to paint him in watercolours, and not oil considering the Gandhian philosophy of minimalism, Dodiya also noticed that there was an attempt to ridicule him from certain quarters. “I was wondering about how to approach him... then I came across a statement by him -- “ ‘I am not a seer, rishi or a philosopher of non-violence; I am only an artist of non-violence and desire to develop the art of non-violence in the realm of resistance’.

Reading that there was a realisation that I would know what to do if I saw him as an artist. If you observe his approach towards everything -- the structure of his aashram, the Dandi March, lifting a pinch of salt, wearing khadi -- all this is so conceptual and in our time, conceptual art all over the world has a major role to play in the way of thinking about art, about life. I told myself, probably, he is the first conceptual artist. In him, there was such a strong element of performance art. The way he spoke, the way he held meetings , going to protests at various levels. Doors opened for me.” 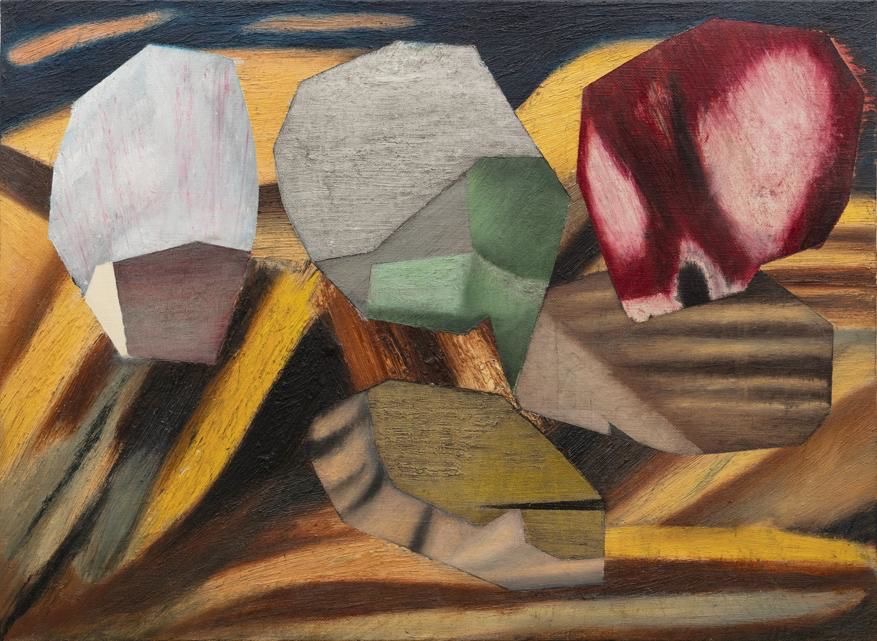 Lamenting that little has been done for young artists who are finding it tough to survive in this time of the pandemic, Dodiya adds, “Patronage is extremely important. Let us not forget that Rajput miniatures, which we are extremely proud of, were happening because the kings were culturally aware. Not just the government, even the corporates need to come forward. A huge country like India surely needs more museums and well-funded cultural institutions.”