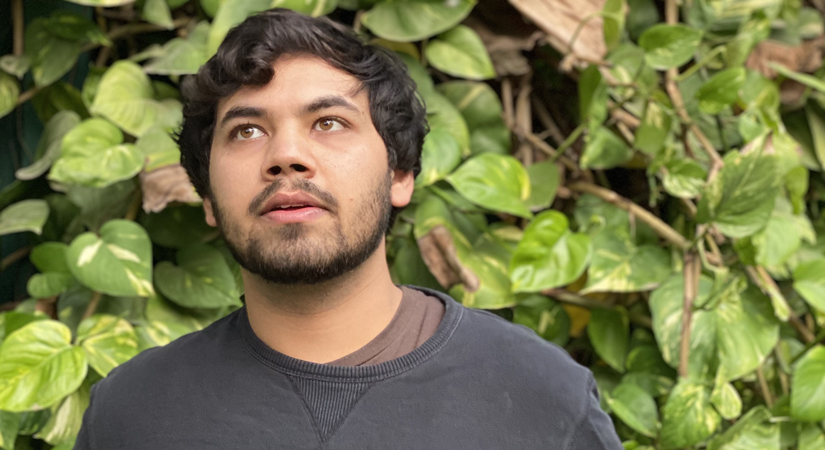 June 11, 2021 (IANSlife) When at the age of 15, Manan Kapoor discovered Kashmiri poet Agha Shahid Ali, something hit him with a force. “It was as if his poems spoke to me. His work was so different from what we had been reading at school. That was the moment my voyage of discovering Shahid began -- with the poetry collection ‘The Veiled Suite’,” says Kapoor, whose biography of Agha Shahid Ali, ‘A Map of Longings’ (Penguin Random House) recently hit the stands.

In this, Kapoor explores the concerns that shaped Shahid’s (1949-2001) life and works, following in the footsteps of the ‘Beloved Witness’ from Kashmir to New Delhi and finally to the United States. Charting the poet’s friendships with figures like Begum Akhtar and James Merrill, he looks at the lives he touched and also traces the complex evolution of Shahid’s evocative verses, which mapped various cultures and geographies, and mourned injustice and loss -- both personal and political. Drawing on various unpublished materials and interviews with the poet’s family, friends, students and acquaintances, Kapoor narrates the riveting story of a major literary voice.

The 27-years-old author, who studied at Ambedkar University, did most of his research papers and assignments on Shahid’s poetry. “Eventually, I realised, there is this wonderful world-renowned poet, who led an extremely interesting life. But there was not a lot written about him, apart from a few essays. The first essay on Shahid that I read was Amitav Ghosh’s‘The Ghat of the Only World.’ The more I read about Shahid, I realised that his life is worth being celebrated and written about. It was basically a book that I wanted to read. But since it wasn’t there . So I did research, hot in touch with his family and friends and worked on it.”

Stressing that the poet’s family was generous and forthcoming, inviting him to their homes, Manan also went to Kashmir a couple of times to meet the poet’s late father Agha Ashraf Ali besides other family members.

Although Kapoor wanted to go to the US to do some more research on the poet who died of brain cancer, he was denied a visa by the American Embassy. “That was a setback as I could not visit the archives. But the people there shared some of the documents I required.  All those I had to meet in the US, got in touch on Skype. However, I feel that a visit to the archives would have turned out richer.”

Stressing that Shahid’s poetry is one of the biggest examples of what Indian English can be, Kapoor feels that it enriches the language in multiple ways. “There is that transaction, right. During the time he was writing, a lot of new poets started to emerge who working in English. Their concerns were deeply rooted in the Indian sub-continent. The circle of people choosing to write in English was growing. For him, there was no question of ‘this is not my language.’ That was the language spoken at home and he started writing in it from the age of nine or ten.”

Kapoor, who took four years to complete the book, smiles that he is yet to decide on his next. “However, it is going to be fiction,” he concludes.