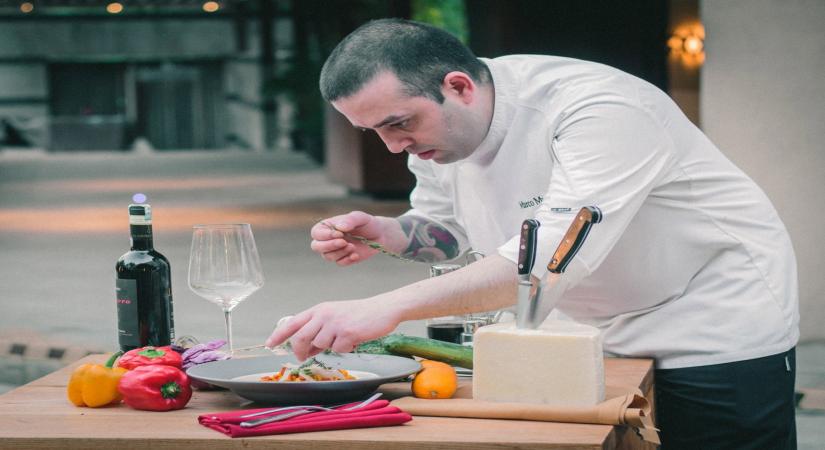 Gurugram, July 15 (IANS) The cuisines of the Italian island of Sardinia and India have much in common in their ingredient-focused cooking to highlight fresh, seasonal flavours, says Chef Marco Murenu, who is helming a Sardinian Food Festival at the Prego fine diner at the Westin hotel in this millennium city on the outskirts of the national capital.


"There are many similarities. Sardinian cuisine is noted for its ingredient-focused cooking, using just a few ingredients and simple cooking techniques to highlight fresh, seasonal flavours. Indian dishes too feature this same sort of focus on one or two main vegetables or meat. For both cuisines, starch is a staple -- Italy's pasta meets India's rice," Murenu told IANS, pointing to the gnocchi, a quintessential Sardinian pasta with pork sausage and tomato sauce.

Noting that both cuisines have strong roots that go back centuries where a lot of focus is placed on traditional recipes passed down from generation to generation, as mothers teach their children the dishes they've been making, Murenu added: "And most importantly, having friends and family around the table to share a meal is an important part of any Sardinian meal -- just like the Indian way!"

"If we talk about Italian cuisine and Italy broadly -- from the North to the South, cuisines vary widely based on geography. It's amazing how the food can be diverse and different in various parts of Italy and so is the case in India -- Punjabi food in the north, the Hyderabadi biryani or biryani in Lucknowi style, then maybe the Malabari food of coastal Kerala and so on. They are completely different.

"And it's the same thing in Italy. If you have a Sicilian pasta it's very different from Sardinian gnocchi or risotto Milanese," the chef added.

How did the present festival come about?

"This is my first experience of working in India and I have come to realise that the people here have a diverse palate and are extremely fond of wholesome flavourful food. That's why I wanted to share food that is so personal to me with the people of India.

"The menu curated for the festival is the heart and soul of my homeland, Sardinia. Fresh local ingredients are used and my family's age old recipes that I have grown up devouring are a part of the special menu -- every bite will transport you to Sardinia. What better way to introduce myself to people than putting my roots out on the plate," Murenu noted with pride.

What then is he dishing out at the food festival, which began on July 5 and ran till July 15?

"The traditional Sardinian dessert, Seadas, is one of the best-known dishes from the region. Somewhat a pastry, somewhat savoury, it could hold its own as an entree but it's actually a surprising dessert -- a crisp, deep-fried pastry filled with oozing cheese and drizzled with warm honey. It is best paired with Amaretto di Saronno, which, owing to its intense almond flavouring, brings out the flavours of both the cheese and the honey," Murenu explained.

How did the cooking bug bite him?

"I grew up on a huge 200-acre farm in Sardinia eating farm-to-table meals with my large family and that helped shape my opinion on food. Being on a farm we had access to fresh local produce all year around. The women in my family, especially my nonna (grandmother) and my mum would get together plan our meals and everyone would look forward to indulging in some good simple food at the end of a hectic day," Murena said.

That's when he realised that food had the magical power to bring everyone together and he wanted to be part of that magic.

"The idea of carrying on the legacy and sharing recipes that have been in our family for generations is something that is so incredibly special. Food is also a great vehicle for sharing culture with people from different backgrounds.

"As (Emmy Award-winning TV personality) Guy Ramsay Fieri put it, 'cooking is all about people. Food is maybe the only universal thing that really has the power to bring everyone together. No matter what culture, everywhere around the world, people get together to eat'. This is what I believe in," Murenu concluded.

(Vishnu Makhijani can be reached at vishnu.makhijani@ians.in)