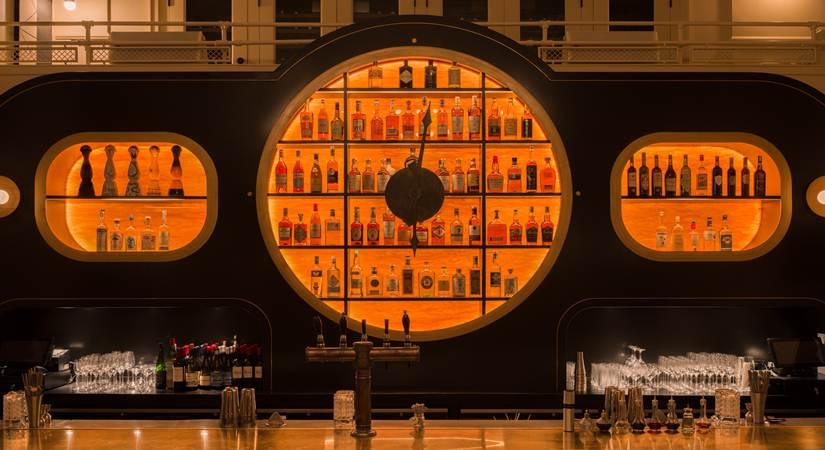 Opened by EHV International, the branch of Old World Hospitality that owns Indian Accent and Comorin

The restaurant's name honours Koloman Moser, one of the most prominent painters associated with the Vienna Secession movement and a founding member of the Wiener Werkstätte, which had a significant influence on European design and cultural life in the 20th century. Together, Rishiv Khattar and Chef Markus Glocker developed the concept. Both of them drew inspiration from secessionist designs from Vienna and sought to recreate the lively, intellectual atmosphere of turn-of-the-century European cafés.

Restaurateur Rohit Khattar, Founder Chairman EHV/Old World Hospitality, says, "We are excited to announce the opening of Koloman – our second restaurant in New York after Indian Accent. We are grateful to the owners, G.F.I. Hospitality, who invited us to reinterpret a unique space in our own special way where Chef Markus Glocker will blend Parisian creativity with Viennese tradition in his cuisine."

Markus Glocker, Executive Chef-Partner in Flatiron Hospitality, says, "I am so thrilled about collaborating with Rohit Khattar and the EHV team. Together, we look forward to bringing a dazzling and elegant experience in the form of Koloman."

Glocker received a Michelin star and a three-star rating from The New York Times while serving as the Executive Chef and Owner of Bâtard. The James Beard Foundation honoured Bâtard with the title of Best New Restaurant in America in 2015.

The restaurant will be led by veteran GM, Richard Sanchez (Red Eye Grill, Palm Steakhouse). Katja Scharnagl, Koloman's Beverage Director, was the Chef Sommelier at Le Bernardin and her wine list will have a real sense of place, history, passion and sustainability. EHV’s Operations Director Nitin Mathur is overseeing the launch.

The laid-back European eatery draws design cues from the Wiener Werkstätte, a group of designers active during the Secessionist era, with strong black ironwork, off-black and white tiling, hand-painted patterns on walls, and graphic wallpaper. The design is the first New York City project for the well-known London design studio Russell Sage Studio, who previously worked with Rishiv Khattar to construct Comorin, Gurugram for EHV.

The restaurant has a welcoming, laid-back ambiance that is suitable for both regular meals and special events. With delicate, finely etched glassware, vintage butter cloches, copper sauce dishes, and coffee and cake service in the great European café style, the attentive tablescape is refined and exquisite. At first, the restaurant will only be open for evening. By mid-fall, breakfast and lunch will be available.