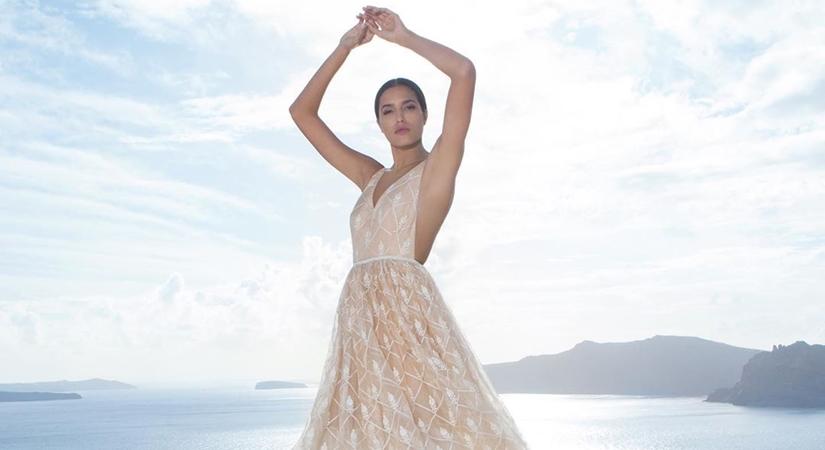 From making her own liquid cleaner to being conscious of wastage, designer Anita Dongre has used the lockdown as a time to further pursue a life of conscious living at home

August 2, 2020 (IANSlife) She is unassuming, authentic and runs away from the trappings of the very glamourous industry she works in. In the twenty years that I have been writing about Anita Dongre there is one word I would use to describe her-- rooted.

A few weeks ago Karishma Manga Bedi, chairperson of the  Delhi Chapter of the Young FICCI (Federation of Indian Chambers of Commerce & Industry) Ladies Organisation- YFLO asked me to moderate a session called 'Redressing Fashion: Creativity, Commerce and Consciousness', I said yes in a second—if anyone can tell us how to crack this formula, it is Anita Dongre.

“Fashion is emotional more than anything else. You should feel happy wearing it,” said the designer. Creating clothes that make the Indian women happy is really how it started for Dongre. Known as the “Queen of Pret”, her first label, AND, focused on everyday Western wear, for the urban women. In the mid-90s Dongre saw a gap in the market for "real" clothes for the real women, always inclusive she catered to women of all sizes and shapes from the get go. Using seed capital from her father and two sewing machines at home (one for herself and  another for her sister Meena Sehra), she started supplying local boutiques with easy to wear separates.

It became obvious Dongre’s forte was design and Sehra’s merchandising. Her brother Mukesh Sawlani joined in 1994 and is now president. The enterprise, born as ADIL and rechristened to House of Anita Dongre (HOAD), is in a league of its own with a turnover higher than any homegrown designer label.

Her label has dressed the Duchess of Cambridge Kate Middleton, Ivanka Trump and Hilary Clinton. HOAD runs as a corporate fashion house with five brands under its banner, including the sustainable fashion label, Grassroot, launched in 2015. From the start she believed Indian women wanted clothing that had a mindful approach to fashion. According to Dongre, India with its history going back to the times of Vedanta, can teach the world how to live a sustainable life. “It is about living a simpler life, like our grandmothers did,” explained the vegan designer.

HOAD factories have been shut since mid-March, yet Anita has stayed upbeat throughout the conversation, “I am hoping this pandemic makes the consumers more socially responsible.” And she says, “Customers should ask questions and companies but be ready to answer them.”

Her retail network comprises almost 1,000 stores, including one in New York. In 2013 her company became the first Indian fashion firm to receive private equity from General Atlantic (which has a sizable investment in American label Tory Burch) which acquired a minority stake in HOAD, with a $20 million investment. “We  make our designs to sell. We are not making designs to hand over to museums.” For Anita it is about the maker and the wearer. She travels the length and breadth of India to understand the craft heritage of the country, but knows traditions can only be kept alive if they are relevant. It is only by making clothes that women enjoy wearing, that one can hope to keep the heritage and traditions of India relevant, e

nsuring that India’s craftspeople have continuous employment.  During the conversation she noted the need for consumers to support local trade saying, “By doing you will bring employment back to the village and control migration towards urban cities.”

This unique ethos that drives the company is a balance of commerce with consciousness. For this designer, craft and commerce have to go hand in hand, and decisions need to be made from a conscious standpoint. It seems a simple mantra of combining what a woman wants with social responsibility, is the basis of her success.