Sabya takes a big bite out of the Big Apple 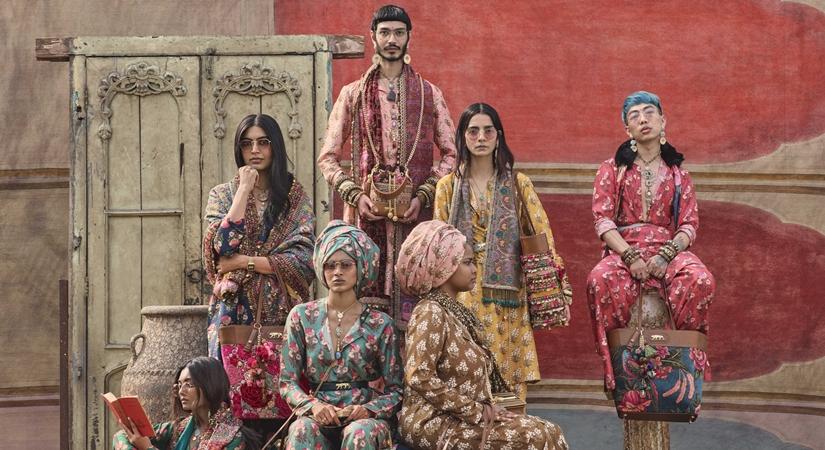 This is just the start of the label’s journey... it does seem that for Sabyasachi the best is yet to come

February 6, 2021 (IANSlife) 2021 may have started on a very anxious note for most people in fashion, but for designer Sabyasachi Mukherjee it seems this year is going to be a turning point.

Last week came the news that Aditya Birla Fashion and Retail Limited has bought 51 per cent of the Sabyasachi fashion brand, for Rs. 398 crore. A week later Sabyasachi announces it’s set to open a 6,000 square foot retail space in New York early 2022. But before that, America will get a preview into the world of Sabyasachi at one the finest retail destinations in the city, Bergdorf Goodman.

Last year the Indian label unveiled a 65-pièce Haute Joaillerie (high jewellery) collection at Bergdorf Goodman. Despite the lockdown, they sold over US $2.5 million dollars of his India inspired bling. And now right next to Dior will sit a specially curated collection Sabyasachi X Bergdorf Goodman. It will include accessories (mainly belts and bags), scarves and shawls, kurtas, dresses, trenches, lenghas and skirts. Also part of this milestone collaboration are couture overcoats and fine jewellery pieces.

“It is a testament to the Indian shopper,” says Sabyasachi Mukherjee. Normally when an Indian designer works with an international luxury department store items described as “ethnic wear” are not part of the collection.  Mukherjee notes that 35 percent of his clients come from America, so this partnership is a win-win for both.

Sabyasachi is one of the few Indian designers who has managed to make a business out of accessories selling 10,000 belts since they were first introduced just a few years ago. When he announced the release of his new Calcutta sling bag there was an immediate waiting list of three to four months. “I am happy that brand is maturing,” adds the designer.

The collection of western pieces that will retail at Bergdorf Goodman will not be available in India, though of course one can access it via their digital platform. It would be great to see the American Vice President, Kamala Harris, who is of Indian origin wearing a piece from the collection. Or perhaps in the sequel to 'Sex and the City- And Just Like That', imagine Carrie Bradshaw in crisp fitted white shirt, a multi-colour Sabyasachi 'lehnga' skirt and Manolo Blahniks walking down Madison Avenue.

This is just the start of the label’s journey, a jewellery store in the Middle East is on the anvil. The ABFRL investment has given Sabyasachi the wings he needed to go global. And while the Indian corporate may own 51 per cent, the designer is still very much at the creative helm of his eponymous brand. "Who realises that the Qatari royal family own Valentino?" says the 47 year old designer. Adding, "I want this brand to live beyond my lifetime, so this was the right time, while I am still in my peak."

It does seem that for Sabyasachi the best is yet to come.