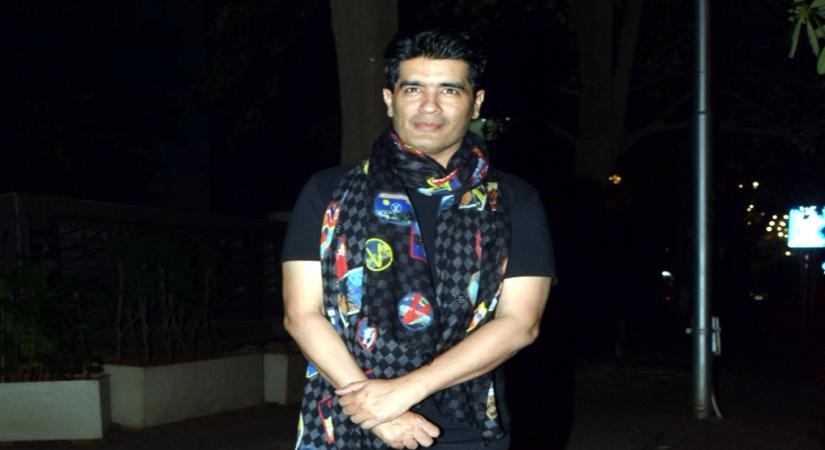 February 14, 2020 (IANSlife) Veteran fashion designer Manish Malhotra, who is often referred to as "iconic", says it is too big a term to use for him.

"Iconic is an old word for me. It's too big a term for me. I am not that big. I want to stay away from that term," Malhotra said.

The 53-year-old designer completes 30 years in costume designing for Indian movies this year. He said he is amazed how Bollywood fashion and movies have evolved over the years.

"When I entered films, no one was used to a designer asking for the script of a film. The heroine should look attractive, that was the only brief. But movies have really changed. They have become real. The girls have a job in the film. Earlier, she (heroine) was just crying or just looking pretty," Manish said on the sidelines of the Lakme Fashion Week Summer/Resort 2020, being held in JioWorld Garden in Mumbai.

"Cinema is a dream world in itself. There has to be a realism and believable character. When I got into films, I married glamour with realism," he said.

In his long career, Malhotra has made friends with almost all the Bollywood stars and have worked with them in several projects. He said he had the privilege and blessing to have long friendships.

"I had friends but I've also worked with them professionally for many years which is very tough. It looks very easy from the outside, but when you have a friend with whom you work, you will have to be twice more careful of what you're doing. You can never take that friendship to your profession," he said.

But does he openly criticise his friends on their style and clothes in case they went wrong? "I don't criticise them but I have a very honest friendship with them. And I think that is important. So I have that years of honesty and years of being true to self," said Malhotra, who is planning to work on a lighter, cost-effective clothing line.

Talking about the likings of today's generation, he said: "Today brides are so clear. And I love the fact that people are experimenting. The new trend is trendless."