The New Fashion Show is on Netflix 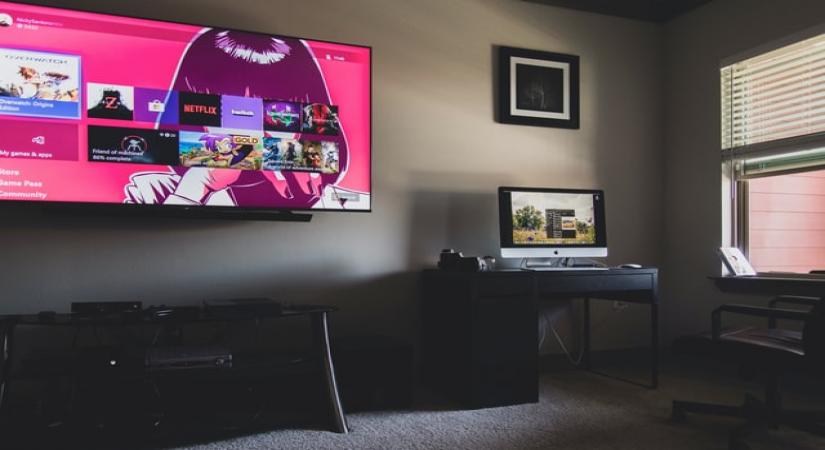 November 15, 2020 (IANSlife) Now that there are no more red carpet occasions, extravaganzas and fashion weeks, award nights or other star studded events, where do we turn to for fashion inspiration? The television of course.

Between OTT platforms like Netflix, Amazon Prime and Hotstar we are just spoilt for choice when it comes to what show to watch— in many of them fashion plays a major role. In fact in some of the shows, the clothes are what make the show binge worthy. Instead of turning to your favourite fashion magazine for fashion inspiration or cues on what to wear for a  special occasion / the zoom call meeting — why not turn to one of these beautifully dressed televisions series for style tips.

It may have received mixed reviews but 'A Suitable Boy' to me was a visual delight. The fact the casting was weak did not matter--- because the fashion was the real star of this show. New York based Oscar academy member Arjun Bhasin (of Dil Chata Hai, Gully Boy and Life of Pi) was behind the costumes for this Mira Nair adaptation on Netflix of the highly acclaimed book. The main character Lata (played by Tanya Maniktala) has 64 costume changes. There were about 3,000 costumes made for extras and 1,100 handloom saris featured in the film, which were sourced from all over India. The play of colour, textile and even silhouettes is a lesson in Indian fashion; from cotton mul-mul, beautiful Banarasis, floral organza, dazzling badla chiffons to a metallic trouser sari — there is a drape for every occasion. Bhasin’s eye for detail adds a feel of effortless layering, be it the scoop necked blouses, contrast dupattas or the subtle use of jewellery. Plus most of the textiles are made using hand woven techniques — what better way to dress for the festive season then something handcrafted in India?

For those of you lucky enough to be travelling abroad, or who live in a part of the country that does see a winter— 'Emily in Paris' should be your new style manual. With its eclectic yet elegant style, a clever mix of high fashion and High Street labels, this is how to shop for the season. Emily even manages to make a pair of wellington boots look like an accessory of desire. But then the costume designer behind this Netflix show is Patricia Field—( of 'Sex and the City' fame). With Paris as a backdrop, Field could really go all out in the show. The Kenzo fuchsia coat is likely to be my next investment style buy. Though the green Chanel Cruise comes a close second. And while I might now have the brazen to wear some of the bold patterns Emily carries off with such flair, the Ganni (a sustainable contemporary fashion label that should be on everyone’s radar) yellow printed camisole top and skirt is very much on my “lust list”. Not all the bags she carries are Chanel — Kate Spade and Aldo make some very fashionable special appearances. As much as I admire the Stephane Rollard white sculptural couture cocktail dress in the finale episode —  I really would not know where to wear it. (Besides I do not have the figure or the budget for it), it ensured that the first season ended on a high octane style note.

One of the most delightful shows I have watched this year was the 26-minute 'Father of the Bride Part 3 (ish)' on Netflix or on You Tube. There was something so comforting about seeing the characters of these films again, 25 years later, even if it was over a family zoom call. Diane Keaton aka Nina Banks, as usual sets the style bar. Now this how to look chic yet casual for a zoom call—in an open collar white shirt with pin tucks at the front, accessorised with silk chiffon polka dot glasses, hair all in place—but not looking coiffed, steals the show. Kimberly Williams Paisley who plays the original bride, Annie (who would now be in her 40s) wears a beige and white sweatshirt and remarks that perhaps it would look better on her younger college going sister- Megan (Florence Pugh) — and well, I can't help but agree!