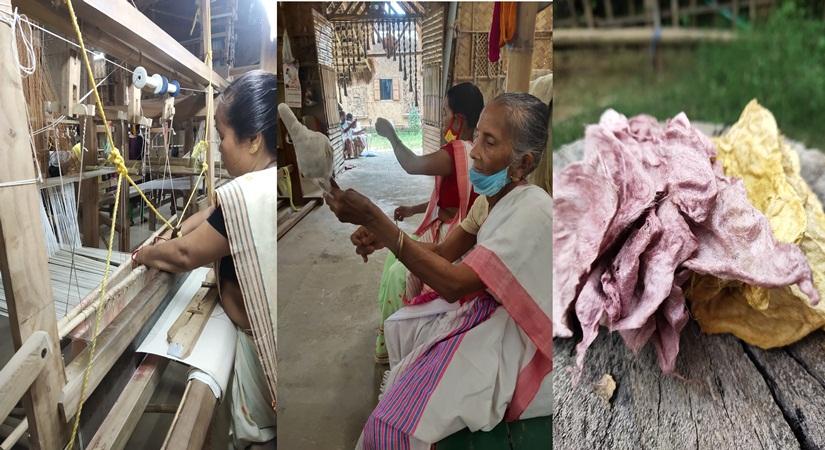 Preserving the culture of hand-spun yarn

June 17, 2022 (IANSlife) The art of hand spinning yarn with a spindle, a straight stick about eight to twelve inches long on which the yarn is wound after twisting, is known as hand spun yarn. The ancient tradition Eri is not just an intrinsic part of Assam’s Tradition but also a critical part of the livelihood of many engaged in this art.

Hand spinning, however, is a vanishing tradition, a fading cultural practice, especially among the younger generation, as a result of the onslaught of modern textiles. It has now become a rare practice, affecting the price of Eri, which has been steadily rising.

To bring back a historic tradition to keep spinning alive the Indian Weavers Alliance launches Polash. A game-changing initiative for the Hand Spun Yarn segment, encompassing an end-to-end integrated approach to renew and reinforce the age-old tradition.

Polash's team has established a farmer producer firm called "IWA Silk Farmer Producer Company Limited," which has registered persons who spin by hand and produced a strategic road map for the sector's upliftment.

Saumar Sharma, acting CEO, IWASFPCL said, “IWA Silk Farmer Producer Company Limited – the farmer producer company has been privileged to have been able to start the process of creating a common facility center at Borihat, Polashbari, Kamrup. Assam. The facility is about 8000 sq. ft. Which is planned to stock over 300 to 500 kgs. of Grade one cocoons. The best part is that the myriad spinning artisans have been made dividend holders who are going to be directly connected to the profits".