Gucci kaftan for Rs 2.5 lakh, has the Indian Twitterati trolling 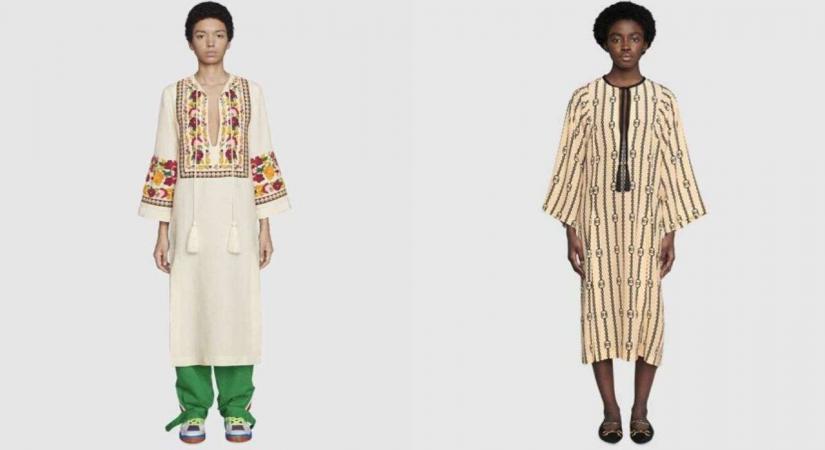 June 4, 2021 (IANSlife) Italian luxury fashion brand Gucci has been on a role over the past few years, being in the top five  list of most valuable luxury brands globally in 2020. It is only fourth to fashion houses Chanel, Louis Vuitton and Hermès. It is said that the brand has been valued at about 27.2 billion U.S. dollars in 2020 and has become the largest brand owned by parent company, Kering Group.

An ensemble available by the brand on its international website described as a "floral embroidery organic linen kaftan" labelled at 3500 U.S. dollars (Rupees 2,52,000) has caught the attention of Indians on Twitter. Whether it was the price or the design, many desis had something to say about the ensemble, who started trolling the global fashion house on Twitter.

One user wrote, "You'll literally get fifty kurtas like this in wholesale for less than 1.5k", while another said, “Sarojini Nagar se 250rs Mai milega dost (you can buy it in Sarojini Nagar for Rs 250 apprxo 4 US dollars)".

The price of the kaftans from the brand range from USD $2,100 -$3,500, which converts to Rs 1.5 to 2.5 lakh in Indian currency. This kaftan on its website, has been described as, “Crafted from organic linen, this kaftan is enriched with floral embroidery and self-tile tassels. First introduced as part of Gucci’s 1996 collection, the kaftan continues to be an integral part of the House aesthetic while evolving in new materials and modern details. Unexpected layering with tracksuit pieces define a whole new way to interpret the garment, giving it a surprising twist.”

Indians who were trolling the brand on Twitter believe the fashion house has been inspired by Indian sensibilities and this range of kaftans have a striking resemblance with traditional Indian embroidered kurtas that are commonplace through out the country and the exorbitant price didn't sit well with its Indian audience.

The outfit made of linen and silk fabric with floral embroidery, prints and tassels as per Gucci was originally part of its 1996 collection. The haute fashion label is been known for its innovation and popularity, its designs appeal to a global audience and as such is is only inevitable that elements from various cultures feature in its repertoire. The fashion house offers everything from accessories, handbags, footwear and clothes to make-up and fragrances that are high-quality and timeless to markets that span continents.

Whether its a case of cultural appropriation or commonplace inspiration which is but natural in design, the Indian tweeple are making it a point to air their views on the social media platform.