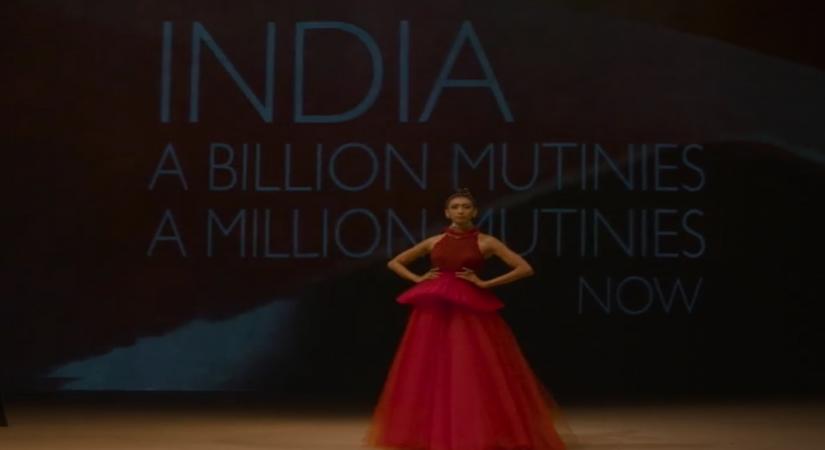 As Blender's Pride Fashion tour goes digital this season, the veteran speaks about the changing dynamics of fashion

September 11, 2020 (IANSlife) Tarun Tahiliani, who only recently held his first-ever virtual couture show, reveals he is sad to see the beauty of touch and feel lost in fashion's new digital world.

The couturier celebrated his 25 year milestone in the fashion industry with a digital presentation in association with Blenders Pride Fashion Tour on the 10th of September. The show streamed live on the design's social media handle.

As all major fashion events are being held virtually this season, Tahiliani says: “I feel sad because the beauty of fashion is touch and feel. If you want to try something special for a special occasion, what we call retail therapy, I think that choice is lost in the digital world.”

On celebrating 25th years in the fashion industry:

"I actually started in late 80s, starting the store called Ensemble, which is India's first multi-design store to promote Indian designers. At that time I was not trained, and after a while I realised if I wanted to be a designer then I needed to be trained. I didn't want to just be a designer that relies on India's craft, which is beautiful, but I also wanted to introduce something new to it, construction and fit. So I went out to study and eventually moved back to Delhi in the year 1995, which is when we started. Once I trained for a whole year, I was able to create that movement, the clothes became more complex and all these structure drapes that I like were given form in tailoring. I began to match Indian craft with a sense of Western tailoring and proportion, which had never been a part of our vocabulary of design," reveals the designer.

Adding, "That's constantly evolving and we can do many more complex things to plain fabric then we could do back then. To match traditional India with a new feeling, a new vibe, something that feels updated and has a sense of modernity in it. Also, I think the way people in India drape fabric is dying out… we're trying to keep all these shapes and all that beauty alive through structured draping and hope that through this the interest will be kept alive in traditional things as well. It always goes full circle. If you force people to live in the past, they would break out like the youth. If you let them accept the present, then they value the past. It's a strange thing. It’s like a balance that you try to create."

"I might have a lot of ideas but thanks to all the craftsmen in the studio, these ideas are realisable. So as people do things they become more technically adept. This results in many different kinds of clothes. Now we have also gone back to work with weavers in Banaras, so there’s much more to do today than there was 25 years ago," the designer told IANSlife.

On the meaning of ‘Pride’

Tahiliani who is known as one of the gentlest souls amongst his colleagues states, "I have always said this that fashion really taught me to love India… thanks to fashion, I went to places, I worked with people and I discovered sides of India which I would never have known. I gave up the fancy clubs to go work in different places. And that’s what pride is; that you've basically learnt a great love, admiration and respect, in my case for the country and the craft. It gave me a whole new identity and pride about being Indian.

On the difference between virtual and real time shows

Admittedly the designer quips, "The struggle was different! We were not in a typical ballroom at a five-star hotel. We had seven cameras following the girls. You see details in the show that you might not have seen if you were live. The show was set against a backdrop of what I call a ‘stream of consciousness’ , because one has so many infinite ideas over time. We presented them through embroidery, draping, colours, and different textiles. The background was juxtaposed against the clothes, everything that goes on in our heads, different people have different takeaways from it. But I think that was the most different thing. So the projection was trying to be the subconscious and the show itself was the manifestation in the consciousness."

"It’s because of the pandemic, we have no other choice. I hope this gets over sooner than later. Things that people are attracted to and luxuries in fashion need to be felt. How does it feel against your skin? How does it fit your body? That engagement has been lost in the digital world. And so I hope that we can still go back to that, because that really is the beauty of fashion--when you do things for yourself or not anybody else," believes the designer. 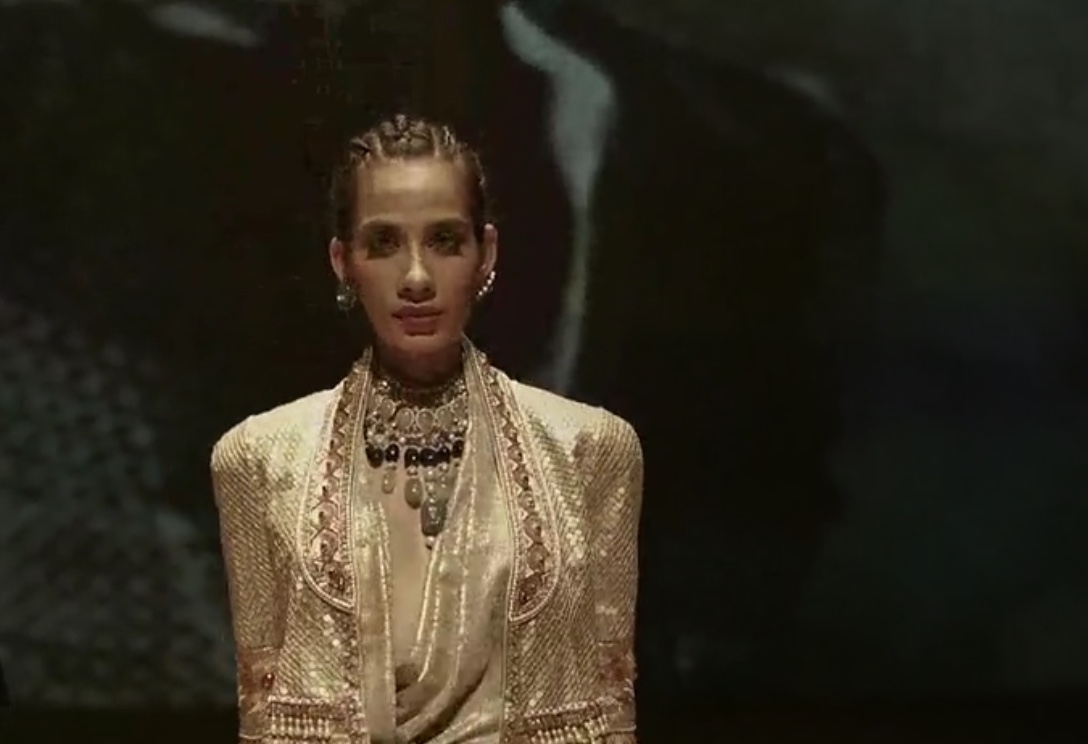 On the role of virtual reality in fashion

"When we shot the big show in July which was our first digital show, a lot of people said it was so much fun to watch. We could see such great detail, the digital cameras captured details even your eyes couldn’t see. So that's the great part of it I think. If in the process of this communication, designers devise new ways of communicating the kind of artistry that goes on within different stages of a garment, I think people will take to that connection. I feel that the world is what it is and it keeps changing," reiterates Tarun whose couture show was presented virtually right from within his atelier in the Capital.

Lastly the designer signs off, "Let's always find better ways to use technology. Once this is all over people will go back to the stores, but when they do go back they will be better informed. It will give them more pleasure to shop and help make responsible choices.