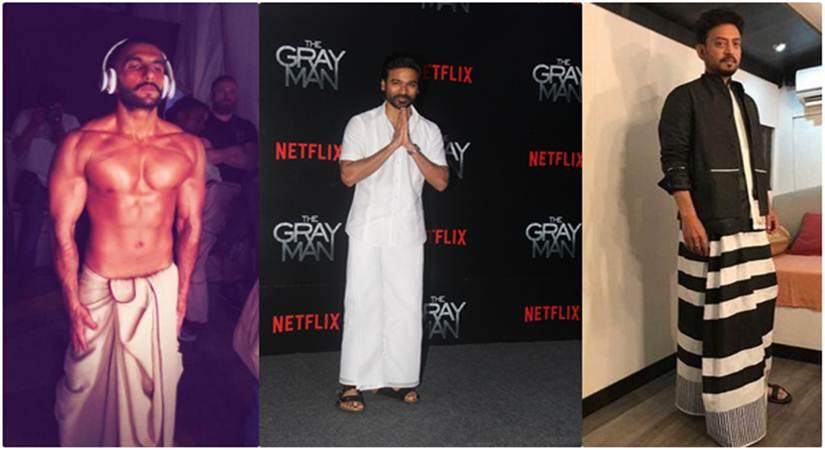 The latest trend amongst the guys

December 04, 2022 (IANSlife) Move over athleisure, it's time for the humble Lungi to have its moment. A number of Bollywood's leading men have turned in their trousers for the lungi. Showing off their fashion sense watch them dress it up or down as per occasion. Take note:

Salman Khan for his lungi in the city with a pair of boots and a vest. Salman's followers were swooning with this massy and sexy black outfit.

The late actor frequently attracted attention for his sense of style. His chic outfit of pairing a black and white lungi with casual jacket black jacket is well-remembered.

Ranveer Singh's mantra if you have it flaunt it, and what better way that going shirtless over a silk lungi.

Traveling in comfort? Look no further, Hrithik Roshan's lungi and t-shirt combination is as effortless as it gets!

The original swag king, Allu Arjun, usually dons a lungi in his movies and other appearances, and this photo speaks much about his style and swagger.

Dhanush won a million hearts by choosing to wear a lungi to the premiere of his Hollywood film The Gray Man. South Indian actors frequently show that they respect tradition while also caring about the glitz.