Tales of the siege: 26/11 scars continue to leave a mark on screen 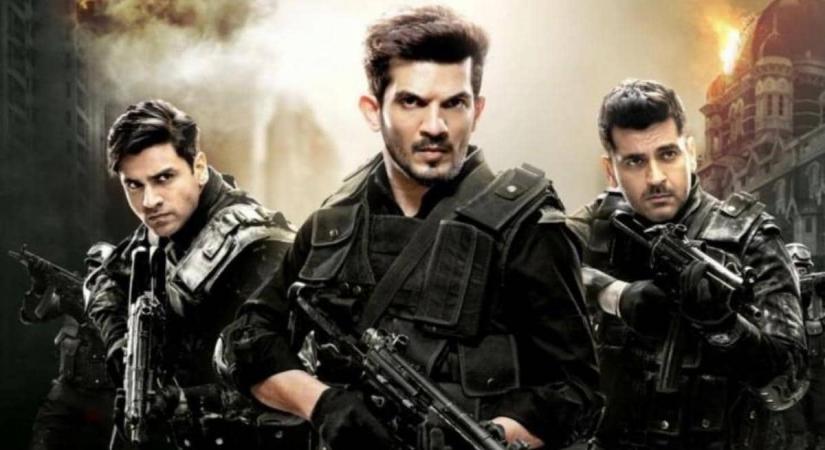 New Delhi, Nov 25 (IANS) It is 12 years since the 26/11 Mumbai attacks, and the tragic chapter in modern Indian history continues to linger on the canvas of showbiz.

On November 26, 2008, ten Pakistani terrorists of Lashkar-e-Tayyiba sneaked into Mumbai through the sea route, and unleashed havoc in various parts of the city. They killed over 160 people. Over the course of their attack, nine terrorists were killed while one, Mohammed Ajmal Kasab, was arrested and finally executed in November 2012.

Over a decade has passed, but the incident continues inspiring filmmakers to look back at the horrid incident, and attempt recreating the event from different perspectives.

From the valour of the brave who fought terror, to the grief of the people who lost loved ones, to the security loopholes, to probing the terrorist psyche and more -- filmmakers continue to reflect various realities associated with the tragedy.

Coming up soon is Nikkhil Advani's much-awaited web series "Mumbai Diaries 26/11", starring Konkona Sensharma and Mohit Raina. While the plot has been kept under wraps, Advani's show is said to narrate a fictionalised account of the attack with focus on events at the Cama Hospital, among other venues.

For some, it is about setting up a tryst with a life less ordinary. When Telugu superstar Mahesh Babu decided to get into film production, he chose a script that salutes 26/11 hero Sandeep Unnikrishnan, the NSG commando who lost his life in the attacks. Titled "Major", the Sashi Kiran Tikka directorial stars Telugu actor Adivi Sesh as the titular martyr. Mahesh Babu has opted to film the biographical drama in Telugu as well as Hindi for a pan-Indian reach.

The fact that the tragedy continues to be relevant for the audience is underlined by the success of the recent web show "State Of Siege: 26/11", which streamed earlier this year.

With actors Arjun Bijlani, Arjan Bajwa and Vivek Dahiya playing NSG commandos, the show narrates the untold stories of 26/11, primarily by highlighting the valour of the men in uniform. In fact, the positive response of their 26/11 saga has prompted the makers to convert "State Of Siege" into a franchise. They will soon be back with the web film, "State Of Siege: Akshardham".

For Abhimanyu Singh, creator of "State of Siege: 26/11", the idea primarily was to document the personnel countering insurgency in action as well as understand what may lead to such momentous tragedy.

"I made the story for two primary reasons. Nothing has really been made on the National Security Guard, their good work in counter-insurgency operations in India. We need to have respect for our security personnel who fight for us against all odds, not caring about their lives. I think that is something India needs to see," Singh told IANS.

"Secondly, the objective was also to show the lapses that lie in our system, which need to be rectified. We should be better prepared to handle crises like this. We need to learn something from our history, and that was what our objective as makers was," he added.

Neeraj Pandey's spy action thriller series "Special Ops" is a fictional story, but it takes inspiration from the role of Indian intelligence in a series of real terror attacks that India has faced over the last 19 years, including the 26/11 attacks. In a highlight scene of the show, Himmat Singh (essayed by Kay Kay Menon) is seen interrogating terrorist Ajmal Kasab.

"26/11 was a day the entire country was awake. 'Special Ops' offers a unique perspective to the role of Indian intelligence. Undercover agents are the true unsung heroes of our time. 'Special Ops' tries to bring forth the lives of these agents that try to capture the mastermind behind several unfortunate attacks. Indian intelligence is doing a lot for our country and we need to be indebted to them," Kay Kay had said while talking about the show.

The attacks of 26/11 have spawned many films over the years, though not all have been equally commendable. One can recall Anthony Maras' internationally-produced "Hotel Mumbai", featuring Dev Patel and Anupam Kher. Ram Gopal Varma made "The Attacks Of 26/11". There is a short film, "Rogan Josh", starring Naseeruddin Shah, which depicts the catastrophic effect of the tragedy on a family.

In a more commercial Bollywood space, there has been Kabir Khan's "Phantom", which navigates the aftermath of 26/11 Mumbai terror attacks with actors Katrina Kaif and Saif Ali Khan in leading roles.

The occasional attempt like Hansal Mehta's "Shahid" has gone deeper and seeks a broader perspective. The film talks of the Indian Muslim identity using the 26/11 attacks as a backdrop. Starring Rajkummar Rao as lawyer and human rights activist Shahid Azmi in a National Award-winning role, the film traces Azmi's story from his days as a young boy who is arrested and tortured, to his becoming a lawyer and defending Faheem Ansari, accused of perpetrating the 26/11 attacks.

There have been indirect influences of the 26/11 attacks on various fictional terror themes handled on OTT. The Manoj Bajpayee-starrer "The Family Man", for instance, traces his protagonist Srikant Tiwari's journey to stop a terror attack. The series starts with the arrest of terror suspects who are planning to do something "worse than 26/11" in India.

Among projects coming up right now is an American TV series based on the masterminds of the 26/11 Mumbai attacks. The limited series will encapsulate the lives of David Coleman Headley and his alleged accomplice in the 2008 attacks, Tahawwur Hussain Rana. Not much has been divulged about the project yet.

Several reports recently indicated that the late Sushant Singh Rajput was in discussion for a film on 26/11 attacks before his death. However, no official communication about the said project was released. Last year, Shiv Sena MP Sanjay Raut also revealed that he would soon be working on a film based on the untold stories around the 26/11 attacks.

"The various perspectives that filmmakers continue to take sustain the relevance of the tragedy, and the older it gets the more interesting it becomes," Johar summed up.