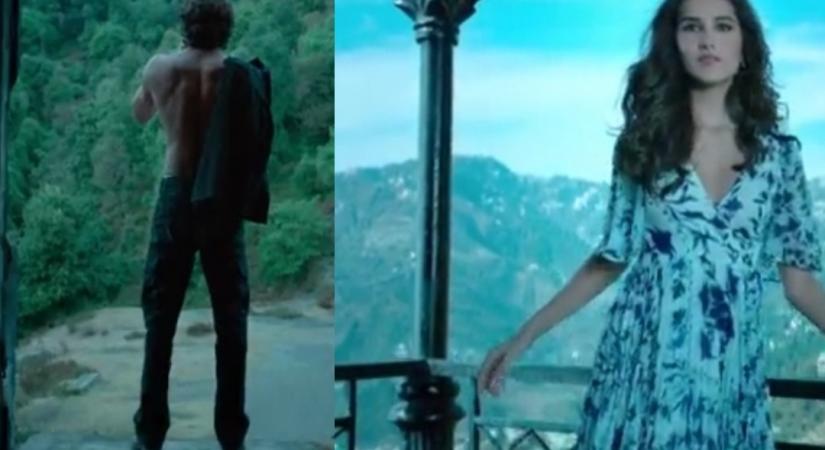 Mumbai, Oct 26 (IANS) 'Tadap' starring Ahan Shetty and Tara Sutaria is one of the most awaited releases of the year and fans await sparkling chemistry of Ahan and Tara on the silver screen. The makers have now released two character teasers of its leads to rouse the excitement about the film.

The first teaser introduces the character of 'Ishana' essayed by Ahan as he stands with a chiselled body and his back facing the camera. The teaser has been strung together with an industrial dubstep track to give a grungy feel to the character.

The second teaser, released moments after the first, introduces Tara's character of 'Ramisa'. Ramisa's teaser is rounded up by a soul-stirring flamenco track telling us that it is a character with more softer shades. It will be interesting to see the pairing of two characters with such opposite shades.

The impressive teasers gives us a sneak peek into the world of 'Ishana' and 'Ramisa', portrayed by Ahan and Tara and establishes their characters well thereby building more intrigue and mystery around them.

'Tadap' is an official Hindi remake of the Telugu blockbuster 'RX 100' and will be the first big canvas romantic drama to be released in theatres. The film is helmed by Milan Luthria who is known for films like 'Taxi No. 9-2-11' and 'Once Upon a Time in Mumbaai'.

Presented and co-produced by Fox Star Studios, Nadiadwala Grandson Entertainment production 'Tadap' is set to roll out in cinemas on December 3.