Siddhant Chaturvedi: Now I am conscious of whatever I say 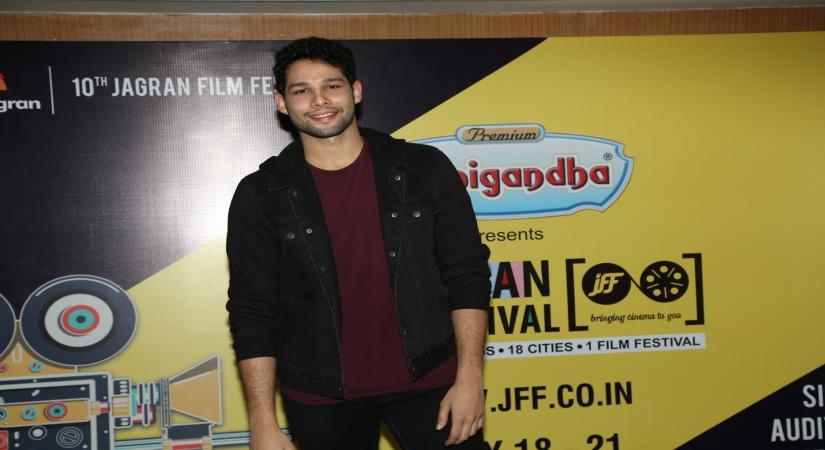 Mumbai, Feb 15 (IANS) "Gully Boy"-famed actor Siddhant Chaturvedi is known for being jovial and witty during media interactions, but he says his words have often been taken out of context and he is therefore becoming conscious and filtering his words.

Last year during an actors' roundtable where he shared space with Ananya Pandey, Siddhant's comment on existing nepotism in Bollywood had sparked off a controversy.

"Now I am conscious of whatever I say. I filter things in my head because I realised that whatever I say might be taken out of context and blown out of proportion. I tend to respond to everything with a dash of humour and with wit because that is who I am in real life. But in no way do I want to hurt or belittle anyone. I was just speaking my heart out. However, every time my words are misinterpreted, so I will become conscious! Look, I am witty and it is my second nature to come up with smart oneliners. That's the real me!" Siddhanth told IANS.

Sharing an insight, Siddhant said: "We sit and chat here in Yash Raj Studio, where I am shooting for ‘Bunty Aur Babli 2'. As a kid I used to be a huge fan of Saif Ali Khan and Rani Mukerji and now I am sharing frames with them. It feels surreal! I am living in the best phase of my life. I am playing Bunty in the film, who is a con artist. I have more than five looks in the film. I cannot reveal much but I am so excited. We are making a super entertaining film and I cannot wait to share it with the world," he said.

So, how did he bag the role? " I did not audition for the film, to be honest. Varun narrated the story and asked if I am interested to play Bunty. I was like, ‘of course, I will do the film!' I'd like to add that the story of our film is very interesting. While people loved ‘Bunty Aur Babli' that released in 2005, they will love our film even more!"

Recalling his memory of watching the 2005 film, the 26-year-old actor said: " I would play the song ‘Kajra re' and dance. I would dance on ‘Dhadak dhadak' and ‘Naach baliye' on birthday parties of my friends. Bahut dance karta tha (I used to dance a lot). Who would have thought that 15 years later I would be playing the title role of the sequel!"

The actor will also be seen in the upcoming directorial venture of Shakun Batra where he will be sharing screen space with Deepika Padukone and Ananya Panday.

"I have other projects lined up. So, yes I am now jumping from one character to another and living their lives. Ek time tha main vela tha, ab toh bahut kaam kar raha hoon (there was atime when I was jobless, now I have lots of work). God is kind," he laughed.