Siddhant Chaturvedi: My heart's a typewriter 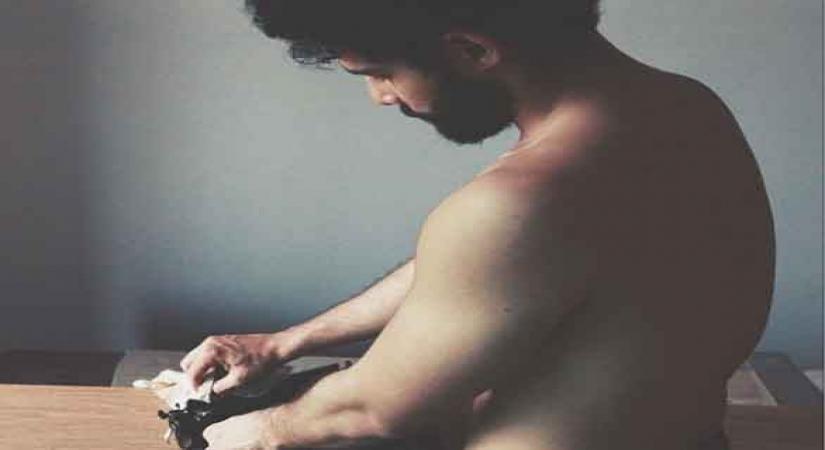 Mumbai, Aug 2 (IANS) Actor Siddhant Chaturvedi says his heart is like a typewriter and it does not delete.

Siddhant took to Instagram, where he shared a picture of himself, where he is seen shirtless cleaning his typewriter.

Alongside the picture Siddhant, who rose to fame as MC Sher from "Gully Boy", wrote: "My heart's a typewriter. It doesn't delete. Yours is a phone. Factory Reset on Repeat."

He recently penned a heartfelt poetry on his journey to success on social media.

Two days ago, the actor took to Instagram, where he posted a picture of himself in what seems like a backseat of a car. He is seen dressed in a black turtleneck top paired with a brownish overcoat and sunglasses.

On the professional front, Siddhant teams with Deepika in an untitled upcoming film that also stars Ananya Panday.

With Katrina Kaif, he will share screen space in the horror comedy "Phone Bhoot". Ishaan Khatter is also a part of the project.

While "Phone Bhoot", produced by Farhan Akhtar and Ritesh Sidhwani, is scheduled for a 2021 release, the team of "Bunty Aur Babli 2", also featuring Saif Ali Khan and Rani Mukerji, will resume shooting presently.