Shraddha Srinath: Humour is the best weapon to bash patriarchy 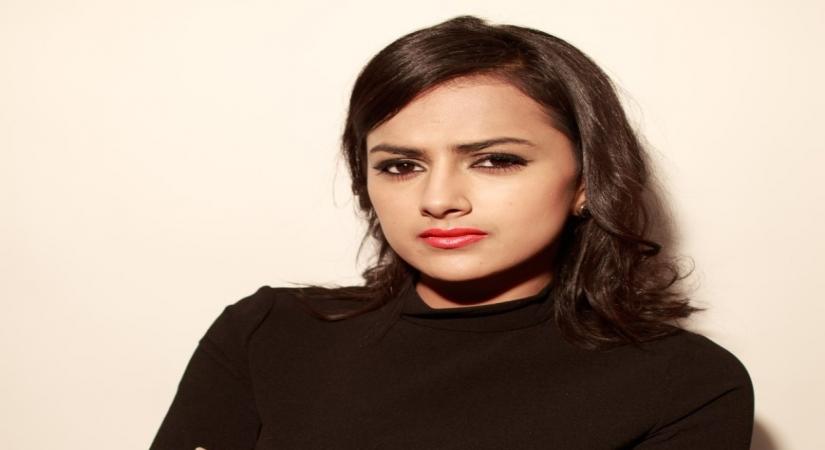 Mumbai, Feb 23 (IANS) South Indian actress Shraddha Srinath says laughter is the best way to deal with the hard reality of patriarchy. This was reflected in a social media comment she made shortly after actor Varun Dhawan's marriage.

Shraddha had written on Instagram, on January 24: "Another good actor bites the dust. Sad that we will not see him on screen again. Obviously, his wife and in-laws will not be okay with him acting with other heroines. Maybe he will switch to doing male-oriented films? But how to balance personal life and work-life ya. Tough. Will miss him. Congratulations though, Varun (sic)."

Asked about what was she thinking while making such a post after Varun's marriage, Shraddha told IANS: "You know when I started my career, one of my well-wishers told me that you are a girl and you only have three to four years to shine as an actress because the career span of any actress is short-lived. Whenever I would go for an audition, I was asked, 'Shraddha Srinath, Srinath who?' and I would answer that it is my father's name. Why do we women have to face that? Why we are told that the career of an actress ends after marriage and motherhood? Why is it not the same with men? I see how I am growing as an actress and I see no end in my growth because I am working hard to make sure I grow."

"I think my sense of humour is my weapon to bash patriarchy. I have nothing against anyone, I just wish we really broaden and open our mind, it makes society a better place," she added.

In her latest film "Chakra", she plays an investigating officer. The film released in Tamil, Telugu and Hindi.

"There is no doubt that releasing a film in Hindi language gives a broader reach to the audience. It also depends on film to film. My character ACP Gayathri is quite a powerful police office and the way she handles the case shows she is a very no-nonsense cop. It is a relatable story of any region. So, it made total sense to release it in the Hindi language," she said.

The film is directed by MS Anandan and is toplined by Tamil star Vishal.

Is she planning to shift her work base from Tollywood to Bollywood? "Well, I am satisfied as an actress with the kind of opportunity I am getting in the South Indian film industry and Bollywood is a space where everyone wants to look for a chance. But I am not working here so that I can head to Bollywood. For me, any opportunity, from any film industry is welcome. All that matters is what am I doing in the film," Shraddha signed off.