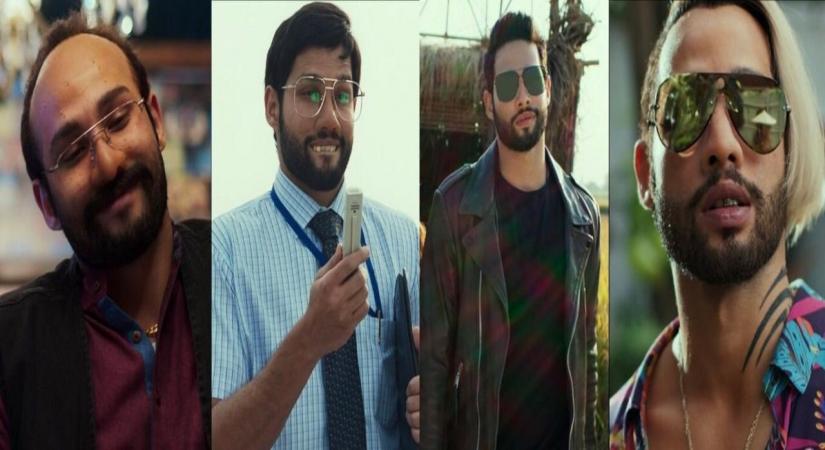 Mumbai, Oct 26 (IANS) After delivering a standout performance as MC Sher in 'Gully Boy', Siddhant Chaturvedi will be playing the quintessential Hindi film hero in his next, 'Bunty Aur Babli 2' where he shares the screen with Saif Ali Khan, Rani Mukerji and debutante Sharvari.

Siddhant, who plays the new 'Bunty', a con artist who swindles people, is excited about having played so many characters in a single film.

Talking about this, the actor says, "I'm getting to be so many people in 'Bunty Aur Babli 2' because of the number of disguises we have managed to pull off in the film! For an actor like me, that was an exciting proposition because I could show people what all I can do in my first film as the quintessential masala Hindi film hero."

"It was a very tough one to do because each character needs to stand out for the film to work. I had an amazing time because this is what I feel I was born to do - entertain people in various avatars and hopefully do a good job every single time," he concluded.

'Bunty Aur Babli 2' also features Saif Ali Khan and Rani Mukerji as the original 'Bunty and Babli' who set out on a chase to track down the new 'Bunty and Babli' played by Siddhanth and Sharvari, respectively.

The film which is set to release worldwide on November 19 has been written and directed by Varun V. Sharma, who has worked as an assistant director in YRF blockbusters like 'Sultan' and 'Tiger Zinda Hai'.