Mammootty is gravitas personified as vigilant cop in 'Christopher' 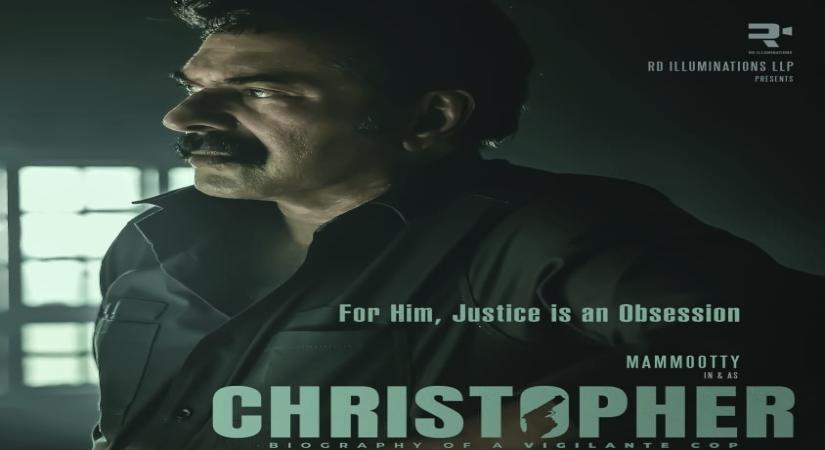 Chennai, Sep 22 (IANS) The poster of 'Christopher' directed by B. Unnikrishnan and starring Mammootty as the titular character is out.

In the poster, Mammootty could be seen in the role of a police officer with the caption, "For Him, Justice is an Obsession..."

The tag line of the film is 'Biography of a Vigilant Cop'.

The film is produced by RD Illuminations. Udayakrishna, who has scripted many hits, has written the film which also has three leading ladies in Sneha, Amala Paul and Aishwarya Lakshmi.

Another highlight of the movie is south Indian actor Vinay Rai playing an important role. Shine Tom Chacko, Dileesh Pothan, Siddique, Jinu Abraham, Vneeta Koshi, Vasanthi, and thirty-five newcomers are playing various characters in the film. The shooting is in progress in Ernakulam, Pooyamkutty and Vandiperiyar.

The cinematography is by Faiz Siddique, who directed 'Operation Jawa' in the past, and the music is being composed by Justin Varghese.