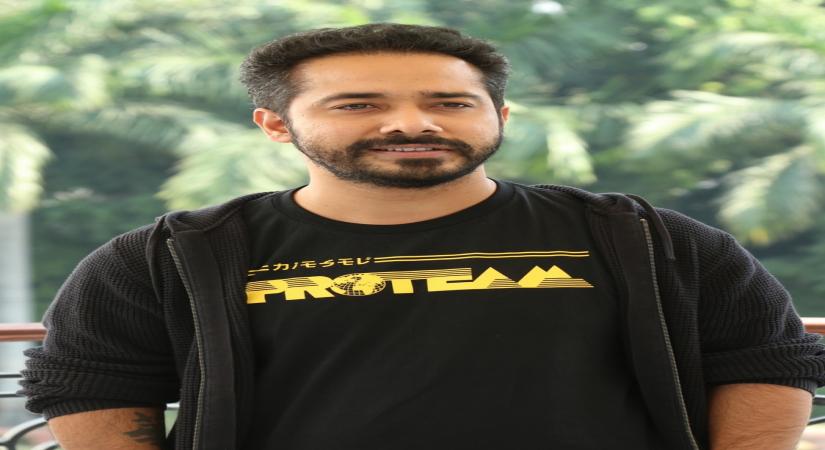 New Delhi, Oct 17 (IANS) As the home entertainment industry looks for new ways to grab eyeballs, new trends have been emerging over the past few months. Pay-per-view offers on movies, blockbusters on the small screen or exploring the multiplex in the digital world.

We are moving to an era of home entertainment where one can choose whether you want to watch a story in the form of a film or a web series.

While direct-to-OTT releases were a necessity for the film trade amid the lockdown, emerging trends such as the revival of tele-film culture, emergence of video-on-demand models in India, OTT specific multiplex segments and a new format where the same project can be consumed as a film or a series -- depending on the liking of the consumer -- are conscious steps to take home-viewing to the next level.

"During the lockdown, people opened up to new content they weren't exposed to earlier. Soon, the viewers will prefer paying to watch the big screen films/blockbuster films in theatres and they will watch the mid-level and the smaller budget films on OTT. PVOD (Premium Video On-Demand) is still in its early stage," producer-director Abhishek Pathak told IANS.

Explaining the concept, Pathak continued: "It's a similar model as in theatres, through which the audience chooses to watch something and they pay for it. It is unlike the subscription model of OTTs. Here the difference is they are paying for content and not the number of people watching it. Indian viewers are a cost-conscious lot. The PVOD model will be catering to a niche audience. It will take some time to penetrate into the average OTT subscriber's mind."

Earlier this year, the international studio Disney showed the pay-per-view way to the world when it announced its big-ticket venture "Mulan" would release on its streaming platform.

"We are looking at 'Mulan' as a one-off, as opposed to saying there is a new business windowing model," Disney CEO Bob Chapek had said while announcing their decision.

In India, the video streaming platform ShemarooMe is trying out the pay-per-view model with ShemarooMe Box Office. They have released "My Client's Wife", "Scotland", "The Hidden Strike", "The Least Of These: The Graham Staines Story", "X-Zone", "Regards And Peace" and "376D". The movies are available for Rs 70-Rs 100 for a three-day viewing.

Breaking down the response of the pay-per-view model in India, a Shemaroo Entertainment spokesperson said: "The producers get a platform to showcase their films and utilise them for further monetisation after release on the platform. They also get a transparent system where they can not only track the progress of their films but also have direct access to the ticket sales dashboard."

"Plus, the audience get to enjoy the films. We have seen film critics, industry patrons and reviewers extend their support to the platform, with the entire ecosystem accepting and embracing the TVOD platform. We feel the model will see immense success and popularity in India as well. For now, this is a very experimental phase and we have witnessed good traction so far," added the spokesperson.

Another emerging trend is the tele-film, a trend that used to be popular in the nineties, during the heydays of Doordarshan. "Footfairy", starring Gulshan Devaiah and Sagarika Ghatge, it aims to lead the shifting focus to 'TV first' releases in the age of OTT premieres. It is set to release on &pictures soon.

"While new movies are skipping theatres and hitting OTT platforms this year, we, with the launch of 'Footfairy', are geared up to set a new benchmark in the Indian television space, with a 'TV first' release," said Ruchir Tiwari on behalf of the channel at the time of the announcement.

Filmmaker Bejoy Nambiar is taking a step into an altogether new direction by releasing his thriller, "Taish", in the form of a web series as well as a film.

"In the last five or six years, we have seen a paradigm shift in the way the audience consumes content -- from short formats to binge-worthy long formats and straight-to-digital film premieres, etc. As creators, we, too, are constantly navigating and adapting to these changes," Nambiar said while explaining the move.

"Since consumer viewing patterns are constantly evolving, we wanted to give them a choice to watch our content in the way they would like to. After giving it some thought and as a first of its kind initiative, 'Taish' has found different formats as a six-part web series and a film -- each equally effective," Nambiar added.

According to Nachiket Pantvaidya, CEO, ALTBalaji and Group COO, Balaji Telefilms Ltd, the lockdown phase has "acted as a catalyst in transforming the content consumption habits of the audience".

"The audience mindset is gradually changing wherein they are willing to pay for quality content, which was not the case earlier. This change will definitely create a larger sample size of the audience for the content, whether Indian originals, movies, music, or sports available on OTT platforms," Pantvaidya added.

In the same vein, Gautam Talwar, Chief Content Officer at MX Player, said: "With the onset of the pandemic, I believe that the lines between weekday and weekend programming have started blurring and it has acted as a catalyst for the growth of OTT platforms, with viewers being pushed to adopt a new medium of entertainment."

"The audience is now experimenting with and enjoying fresh, differentiated content across formats and varied genres; they're hooked to the content that keeps updating on their watch lists and are on the lookout for something new as well via friend recommendations, social media etc," Talwar added.

Amid the new emerging trends, direct-to-OTT is here to stay, but will not be an option for big ticket Bollywood entertainers.

"Direct to OTT may become a more acceptable and viable option for a few mid budget films. Investment in good quality content and high budget production for OTT shows is here to stay and will always enjoy the audience love. We might see a shift in the audience behaviour especially, the youth, who may choose cinemas for only big ticket movies as that's also a recreation event," pointed out Rohit Jain, Managing Director, Lionsgate South Asia.

It is quite evident that the pandemic disrupted the market and made way for these new ways. It will be interesting to see whether the new trends turn out to be disrupters in the entertainment world, with cinemas opening up again.