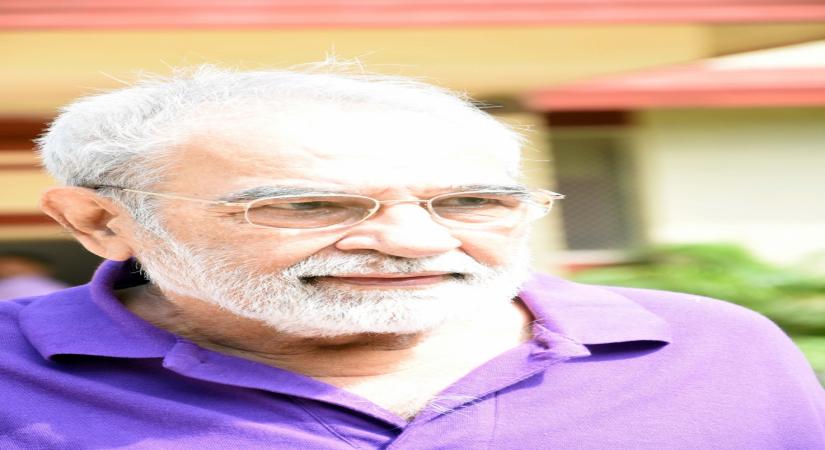 New Delhi, July 23 (IANS) Veteran actor Kulbhushan Kharbanda's portrayal of 'Shakaal' in the film "Shaan" goes down in history as the most iconic villain in Bollywood. He says the Hindi film character was inspired by Ernst Stavro Blofeld from the "James Bond" series.

Kulbhushan told IANS: "I feel glad to see how Shakaal's character over the years has evolved to be one of the best negative characters in Bollywood. The character was inspired by Ernst Stavro Blofeld's character from the James Bond series."

"Shaan", which was released in 1980, also stars Amitabh Bachchan, Shatrughan Sinha and Shashi Kapoor. It follows the story of an honest police officer, who gets killed and his two brothers avenge his death.

He reminisced about the character and said it demanded him to "shave" his head.

"When we shoot with cameras, we cannot fool the audience. The camera captures every minute detail. Hence, I had to shave my head to fit in character," added the 76-year-old actor. Kulbhushan is still an active actor as he has featured in several films and web series. His role of Satyanand Tripathi, famously known as Bauji in the thriller -series "Mirzapur" had garnered a lot of appreciation.

With a career spanning over six decades, the actor has delivered powerful performances in negative roles.

"Makers of the film, Shaan had seen Godhuli (1977) and Manthan (1976), which were very popular films of those times. In the film Godhuli, Salim Khan had seen me in (a) bald character and was very impressed with my performance. When he was working on this film, he offered me to play Shakaal's character," said the actor.

Kulbhushan feels "very grateful" for being offered this "memorable character."

Ramesh Sippy, who directed "Shaan", is regarded as one of the most iconic filmmakers in India. His movies are not only known for their intriguing storylines and edge-of-the-seat action but have also won accolades for their characteristics.

Talking about his camaraderie with director Ramesh Sippy, he said: "Ramesh Sippy is a great director and a person to work with. I am glad that we crossed paths and 'Shaan' happened. I feel I was lucky enough to meet him and bag this wonderful project."

Kulbhushan's role as Shakaal saw his transition into the Bollywood mainstream.

He went on to appear in films such as "Shakti", "Ghayal", "Jo Jeeta Wohi Sikandar", "Gupt", "Border", "Yes Boss", "Refugee" among many other successful films.

He said: "Shakaal's character was written with multiple layers, which made it more exciting for me to portray it on the screen."

He has time and again shown with his acting prowess and has the ability to portray grey characters and yet manage to be the highlight of the story. "Shaan" is all set to premiere on July 25 on Sony Max2.