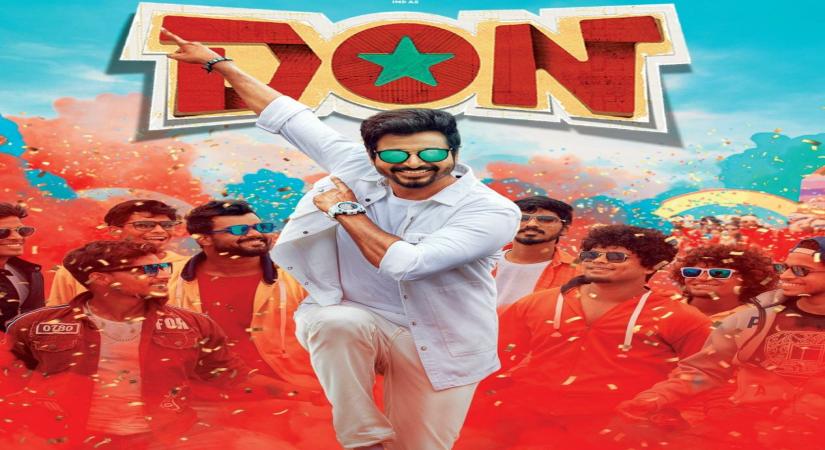 Sivakarthikeyan is a star in the Tamil movie world who doesn't need any introduction and in this campus Tamil flick, he is in his elements.

The Indian middle class is deftly portrayed in the movie with a poorly educated labour class father played by Samuthirakani, wanting to make his son an engineer while the character Chakravarthy played by Sivakarthikeyan doesn't want to be. While he wants to rebel, Chakravarthy is not willing to take his father head-on as that would lead to a tight slap on his face as his father is an old-fashioned autocrat who will use his hand at the drop of a hat against his son.

While Chakravarthy does everything he can to get poor marks, his father is obsessed with his son becoming an engineer.

The movie is a mix of youthful exuberance and drive and the movie gives a feel-good factor. Sivakarthikeyan infuses the character with a huge conviction and his mimicry skills have come to great use through the movie.

Being a feel-good campus movie, the director in between falters and takes time to explain what he wanted to communicate in the movie. The movie clearly wants to talk about finding one's talent in an engineering college where the students are being prompted to learn and learn.

Don depicts the battle of one-upmanship between Chakravarthy and his principal Bhoominathan played by SJ Suryah. The comedy at times in the movie is so ill-timed that one cant understand why the specific scene was there.

The background score of Anirudh is excellent and has tried to lift the movie out of boredom to some extent. Samuthirakani as the father of Sivakarthikeyan gives a brilliant performance and SJ Suriah as Boominathan, the Principal of the college switches at ease from an arrogant and hardcore man to a simple one. (Shades of resemblance of Boman Irani playing the arrogant director in Three Idiots can't be ruled out).

Priyanka Arul Mohan plays the character of the childhood sweetheart of Chakravarthi and does justice to the role.

The Director of the movie, Cibi Chakravarthi who is a newcomer has gone a bit overboard and has missed the plot during the middle of the movie but Don works due to a proper mix of comedy and emotions, and the screen presence of Sivakarthikeyan and his antics.